The Ruined Reputation of China’s First and Only Empress 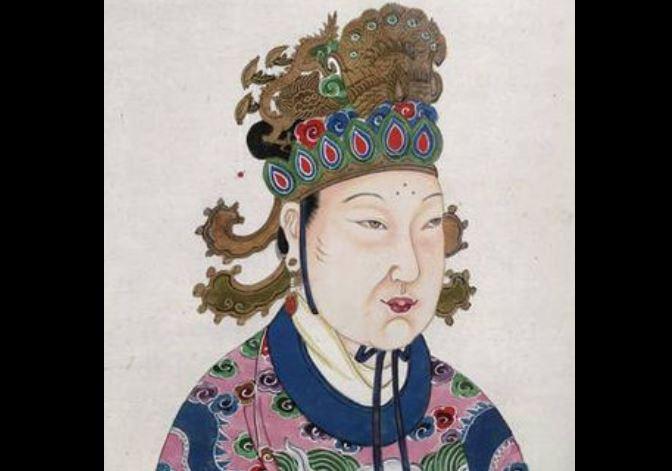 Female rulers are few and far between in history. Women like Hatshepsut of ancient Egypt, Elizabeth I of England and Catherine the Great of Russia all beat the odds to achieve political power—and garnered a heaping dose of controversy along the way. But it seems none have riled so much contention as one of the most powerful women of all time: Empress Wu Zetian. She has the distinction of being the only woman to rule China in its 3,000 years of human history.

As for her reputation? She has solid claims to be held up as a great empress. She held power for more than half a century in the 600s AD, as the brawn behind her husband and then-youngest son, and ultimately as the indisputable monarch. Her ultimate achievement might be the stabilization of China after it had begun to crumble in the Tang dynasty—no small feat since the Tang period is largely considered the golden age of Chinese civilization.

So why has she been so reviled in history?

From Concubine to Empress

Wu’s ascendance to the throne of China is truly remarkable, if also somewhat disturbing. Here’s the skinny on her early background: She was aristocratic-ish—born to a minor general. However, her dear father was poorly connected in the world of the Chinese elite. So when Wu landed a coveted position as an imperial palace concubine (!), probably due to some serious good looks, she was assigned as a low-tier worker—essentially a maid. Because being a royal prostitute was apparently more prestigious.

Anyway, the odds that a girl of this low rank would ever receive an emperor’s attention were virtually nonexistent. And a good 28 other concubines stood above her in the hierarchy to the emperor’s loins, heart and mind.

She did have the benefit of being better educated than most of her social class. Probably an even bigger advantage: Her duties included changing the royal sheets, which meant bedroom access. Whether through this rather direct route, or through other palace rendezvous, Wu successfully gained the (sexual) favor of the emperor, Taizong.

Escape from the Imperial Nunnery

Next setback: The emperor soon died, which was bad news for Wu. You see, the imperial custom held that concubines of deceased emperors were to have their heads shaved and be confined to a convent for the rest of their lives (lest any other man sully the emperor’s territory). Luckily, Wu had a great deal of foresight, and had been entering into congress with the emperor’s son, Gaozong, in addition to the emperor himself.

She managed to engineer an escape from the nunnery, with the new Emperor Gaozong’s protection, and ultimately finagled her way into becoming his wife. She wasted no time utilizing her new power as Empress of China. She promoted her family members to positions of power to better solidify her position, and steadily established herself as her husband’s near equal in authority.

Gaozong eventually suffered a stroke and ultimately died, at which time Wu maneuvered herself into the position of power by systematically elbowing out and ruining the reputations of her sons who otherwise would have inherited the throne. Just call her Mommie Dearest.

So a woman finally rises to power—and the crowd cheers! Just kidding. For centuries Wu was excoriated by Chinese historians as an offense to the Confucian way of life, a usurper of the throne, and a cruel and sexually wanton woman.

A small sampling of the empress’ alleged crimes: That she engaged in vile sex acts, murdered her husband/emperor, killed a whole host of potentially threatening or questioning family members, wiped out 12 threatening branches of a rival clan, ordered the hacked-off heads of two rebellious princes to be presented to her, smothered her newborn baby girl and blamed the crime on the empress she replaced, and ordered the mutilation and drowning of said empress as well as a rival concubine. Whew!

Said one contemporary of the time, “She is hated by gods and men alike.”

The historical record simply lacks enough credible information to know the veracity of these claims. Many seem highly dubious, though it seems she did arrange various murders and banishments among members of her family seen as threats to her power.

The other likely true allegation: That she maintained a reign of terror over the inner circle of government—purging those she deemed especially problematic.

Two Sides of a Coin

So it appears Wu directed some heinous acts, and probably killed innocent officials in her zealous bid for power. But the thing with reality is, it’s often complex. For the record also reveals some serious societal progress under her reign.

Though ironfisted with the government elite, her treatment of the larger population (including more than 50 million commoners) is generally considered benign, pragmatic and compassionate. She took power at a time when China was emerging from 400 years of social discord and war, and some feel that, without Wu, China may have lacked any lasting unity.

One author summarizes that under her, “military expenses were reduced, taxes cut, salaries of deserving officials raised, retirees given a viable pension, and vast royal lands near the capital turned over to husbandry.”

She was more open to the concerns of commoners than her predecessors, and provided systems for people of all social classes to directly air their grievances to the capital (a practice that has officially continued in China to this day—with varying legitimacy).

She introduced the use of exams for government service to help reform the good ol’ boy system, improved diplomacy with other nations and reportedly acted on some of the critiques lobbed at her by loyal ministers.

She also promoted the status of women (which had the delightful benefit of also furthering her own standing). Among other things, she directed that biographies of famous women be published, and that children be required to officially mourn the deaths of both parents, rather than just the father. That annoying moment when the emperor makes you acknowledge gratitude to the woman who bore and raised you.

Oh, and there’s a little thing called Buddhism. China was all about its native Confucian and Daoist religious systems at the time, but Wu let in some spiritual new blood by supporting the foreign Buddhist philosophy in China—which obviously went on to be a big effing deal.

Some even take a somewhat apologetic stance toward Wu’s governmental reign of terror, arguing it could be construed as a logical (if ruthless) response to entrenched bureaucratic opposition to her rule as a woman, and to the innovations she brought to the jacked-up ancient system of Chinese governance.

Besmirched in the End

It wasn’t until 705 AD, when Wu was more than 80 years old, that she was finally overthrown by a son she had banished years before. Gotta tie up those loose ends, girl.

So what of her legacy? Sure, she did plenty of despicable things—though none of the more credible claims are out of the ordinary for Chinese emperors of the day. And given her positive track record of rule, one might think she’d get a decent historical rating, all in all.

But instead, Wu has been largely reviled since her rule. Historical writer Mike Dash argues her reputation comes down to a couple key factors. One, that her political rivals were largely the ones to write accounts of her reign. And two, that there is a blatant double standard between how male and female rulers have been assessed throughout history.

The rare women who were able to claw their way into power had to use some harsh and Machiavellian tactics to do so . . . The same tactics that male rulers use. But when a woman does it, it’s an act against nature—and against the rightful patriarchal order of things.

Sure enough, the giant stone memorial erected for Wu as an emperor remains blank to this day. Every other known memorial tablet of imperial history has carvings singing the accolades of the ruler.

But the only woman to ever rule China receives none.

Image of the empress herself: Wikimedia Commons