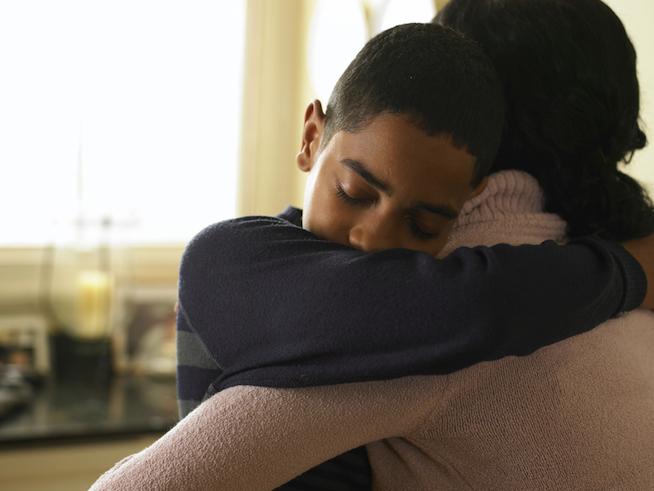 This may sound morbid. I fully understand and accept that this is not every woman’s reality, but it is my reality. It is the reality that I am reminded of when I watch news coverage of yet another rally to protest yet another killing of another black man.

I’m about to make an admission that I’m not sure I’ve heard other black women make, but I have a hard time believing have never thought — even if only for an instant.

I sometimes contemplate the idea of having another child, but the possibility of having a son scares the shit out of me.

I will peer relentlessly into every cop car I pass with a young black man in it, stretching my neck to make sure that it’s not my son who’s been arrested for driving while black, walking while black, or breathing while black. I will hold my breath while listening to every news report of another black man that has been arrested, beaten, killed, and made an example of. This is the honest fear that sits in the deepest pit of my stomach, and floats on the very top of my heart when I think about the possibility of having a son.

This may sound morbid. I fully understand and accept that this is not every woman’s reality, but it is my reality. It is the reality that I am reminded of when I watch news coverage of yet another rally to protest yet another killing of another black man. You may question me and say, “What about your daughter? Don’t you fear for her life? Isn’t her life just as precious?” And to that I say of course it is, and up until recently I wasn’t too fearful. As lopsided and biased as it sounds (yes, I’ll own that too), up until recently it wasn’t open season on black women.

Then we met Sandra Bland. She was pulled over for changing lanes without using a turn signal. The dynamic between Sandra Bland and the officer changed when she would not put out her cigarette. Then she was charged with assaulting a public servant, placed in jail, and found hanging from a plastic bag in her cell three days later. The police department is attempting to rule this a suicide, and I am hoping you will forgive my five-minute long side eye at that ridiculousness.

When I think of my daughter’s future, I am scared out of my mind. I think about it every day. Sometimes it keeps me up at night. She has special needs, so does that make her more or less vulnerable? More or less of a target? More or less black? Here’s your answer: Sadly, we are living in a time where being mentally ill, cognitively challenged, physically challenged, or unable to speak will never negate the fact that you are black first. This is a sad reality, but it is the current reality.

And it is this reality that has forced me to be 100% honest when I say that I am scared to death to have another child, because that child could one day be a son that I pick out a casket suit for instead of a prom suit. This is my reality . . . my black mom reality.

If you like this article, please share it! Your clicks keep us alive!
Tags
Sandra Bland
racism
#blacklivesmatter