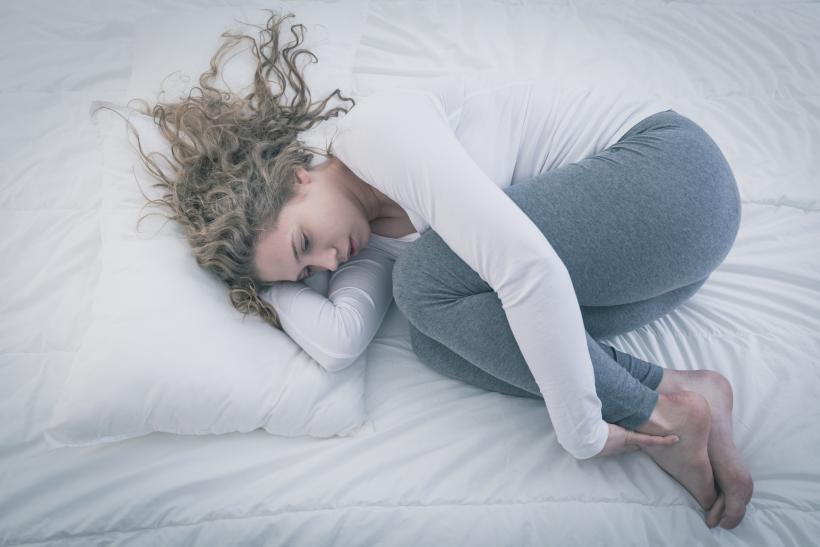 If you’re hoping to comfort someone who’s grieving, here are a couple of things you shouldn’t do.

At the time of this publication — January 9, 2018 — my dad will have been dead for exactly one month.

He’s in my mom’s closet now. Well, it’s not him — but it’s also him. His ashes. The ashes of the body that held me and hugged me and loved me and made me. They’re housed in a surprisingly heavy wooden box, wrapped in a green velvet bag. I’ve only held it once, on Christmas Eve. I went into the closet, shut the door, reached up to pull the urn down, and told it Merry Christmas.

I’m the oldest of four children; my little brother, the youngest of us, is 10. My dad’s death came as a shock only to him — the rest of us have feared for it a long, long time, for reasons I’m not yet ready to discuss with people I don’t know. But I’ve been holding my breath for it since I was my brother’s age, probably even younger, which creates its own sort of shock. I don’t remember a time when I wasn’t terrified of him dying. I’d grown so used to dreading it that it feels surreal to have finally experienced it for real.

It’s hard because I know everyone is just trying to show us that they care, and there genuinely are moments when people say just what you need to hear. But those moments merely punctuate a giant Russian novel-sized stream of platitudes and thoughtlessness.

I know it sounds like there are a lot of complications hidden behind this death. That’s because there are. No death is easy for the people left behind, but this one’s a real doozy. There were a lot of things left unsaid and unfinished. Hurts that needed soothing. Questions that needed answering. Feelings that needed the time and space to find words that would adequately describe them. Not to mention that my dad was young, and his children still need him — some of his children are, in fact, still children.

And now he’s not here. And we have to find some way to make sense of that fact — however wrong or untimely or confusing it may be.

And on top of all of that, people are terrible at talking to us about it.

Collectively speaking, modern Americans are horrible at talking about grief, primarily because we are horrible at talking about death. Everything is very sanitized, both literally and metaphorically. There are a lot of euphemisms and I-don’t-know-what-to-says, but also a huge quantity of invasive and ghoulish questions. It’s hard because I know everyone is just trying to show us that they care, and there genuinely are moments when people say just what you need to hear. But those moments merely punctuate a giant Russian novel-sized stream of platitudes and thoughtlessness.

I only know my own grief, and even that is debatable. I can’t speak for what other people need (I’m not even really sure what I need just yet), but I do have a pretty good idea of what I don’t need. If you’re hoping to comfort someone who’s grieving, here are a couple of things you shouldn’t do.

Related: What Learning About Death Taught Me About Life

In the two weeks that followed my dad’s death, I probably answered the door around 15 times a day, and that’s a conservative estimate. Everyone I had ever known came over to our house to give their respects, and while it was done with love, it was also completely exhausting.

If you absolutely need to come over, call ahead first. Chances are, you can say what you need to just as well over the phone as you can in-person. Unless you’re immediate-or-chosen family, a religious official of some sort, or otherwise explicitly invited, don’t come over. It got to the point that when the doorbell rang I’d just hide in a room somewhere. I was so tired of having the same emotionally draining conversation again and again, often with people I hadn’t seen in years. Grief is an intimate business — sometimes the best thing you can do is give people space and leave them alone.

When we see pain, it’s natural to want to make that pain go away. But loss is a pain that must be felt. It sits on your chest and demands your full attention. There’s nothing anyone could say that would mitigate the harsh reality of my father’s death.

That’s part of why death makes us all so uncomfortable — we can’t fix it.

It’s hard and sad and devastating, and that’s just the truth of it. There’s no getting around the heartbreaking fact of mortality, so don’t try to. We don’t actually want you to fix it; just love us and acknowledge our hurt. If you’re not sure what to say, say, “I don’t know what to say.” It’s accurate. I don’t quite know what to say about it, either, and I gave the damn eulogy. Death and grief live in a world beyond language a lot of the time. Words often obscure the experience.

Let those weird, sad silences happen. Sometimes all we want is to sit with someone. What one of the most helpful things after my dad died was the way my cousins would just come over and sit on the couch with us. Sometimes they’d sit on the couch while I was in the other room crying or taking a grief nap or often a mixture of the two. Just knowing they were there and they loved us was comforting. Not feeling any pressure to perform as a sociable hostess was a gift all its own.

Don’t ask me who found him. Don’t ask about what happened. Don’t ask me about who called the ambulance. Don’t ask me about who told me. If I want to talk about those things with you, I will bring them up. If you’re curious about what happened, read the obituary or find out from someone else in the community. Do not expect a grieving person to give you a firsthand account of their pain to sate your curiosity. It’s insensitive and exhausting and even downright ghoulish sometimes.

Don’t ask how you can help, either. No one in the early throes of grief has the headspace to come up with something for you to do. Instead, offer a specific way in which you’d like to help out.

And please, for the love of God, don’t ask me if I’m OK. My dad died. There are ways in which I will never be OK again.

This experience has made me realize how often we ask that question of each other — and how we really, truly, only expect to receive one answer. Often when we ask people if they’re OK, we’re looking to be comforted in knowing there’s nothing we need to fix, but remember: there’s nothing about this that anyone can fix! The death of someone close to us leaves a very real hole in their absence. A part of my essential reality is gone now. My entire life is different.

I know that I’m just at the tip of this grief iceberg and that my grief will be anything but linear. It’s hard to know what I need; all I know for sure is what’s missing. It’s natural to want to help someone feeling that kind of pain, but it’s just as natural for us to still feel helpless despite your very best efforts.

In the words of Hamilton, we are working through the unimaginable. Give us the physical and emotional space to reorient ourselves — the best help you can give is also the simplest: just love us. Don’t ask things of us that we can’t even answer for ourselves. Sit with us in the discomfort of death, and know that when we need you to do more than that, we’ll tell you.

OCDame is a column about chronic mental illness by Jenni Berrett. While she’s no doctor or counselor by any means, she does have extensive experience in being batshit crazy — which she doesn't think is as bad a thing as the world would lead you to believe. Each week she puts that ongoing experience to good use by writing things that have been stuck inside her heart for too long in the hopes that they will help unstick somebody else’s heart, too.
Find more articles from OCDame by clicking here. You can also shoot Jenni an email (at any time and about any thing, just so long as you remember the whole aforementioned Not Being A Doctor situation) at jennib@ravishly.com.
If you like this article, please share it! Your clicks keep us alive!
Tags
#OCDame
OCDame
death
grief
grieving
loss of a parent