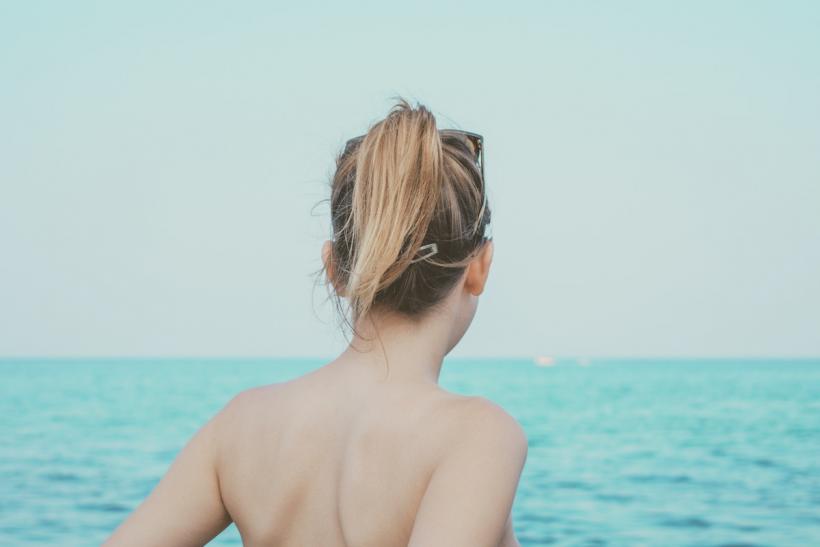 "I feel more at home in my own skin, like I have less to hide. I walk through knowing that my body, and all of our bodies, are just as they should be."

“Let’s go to King Spa,” a friend said seven months ago, inviting me to the Korean Spa. The trip involved saunas, relaxation, and critically, nudity. Four of my friends were going, and they wanted to welcome me to the naked club.  I pride myself on being a body positive person— or acting like I am when I don’t feel it— so I responded: “I’m all over that.”

Nudity is something that we don’t really do in The U.S. I think it’s something that shouldn’t be weird, but I am a product of my environment, and it would be a lie to say that I didn't feel weird about it.

Then my grandmother went into hospice. It was a lucky break (only regarding this one thing). I missed the trip, and I didn’t have to confront my nudity demons. Not yet.

In November, an email popped up in my inbox. The subject line read, “King Spa!” I was all in. My back had been killing me for weeks, and I was ready for some hot water, hot saunas, and time with my close gal pals.

My King Spa compatriots were veterans. They had all been many times before, together. They knew the maps of each other's stretch marks — we all have them. Their anxiety had waned, if it ever existed in the first place.

I told myself that I was not freaked out. I was not a prude. The truth was that I was very freaked out. I dealt with it by ignoring it. I didn’t ask questions, even though I knew nothing about what I was about to do and they knew everything. We were on opposite sides of a chasm, The Great Nudity Divide.

The morning of our King Spa excursion, my friend Lane texted me about coffee. I replied that I was just about to get into the shower.

“You don’t shower before King Spa!” Lane answered. I would have known this if I’d asked. Still, I was nervous about getting naked in front of my ladies, so I wanted to shave. Sure, they were going to see me unclothed, but that didn’t mean they had to see me unmasked. Did it?

My fear was replaced with excitement on the car ride up. What a fun day this would be! When we arrived at King Spa, my nudity anxiety returned, compounded by the additional anxiety I felt about not being in the right place or doing the right thing. My friends were experts, walking through the hallway, removing their shoes at the appropriate time with ease and grace, like spa-loving ballerinas. I looked around, helpless. Where am I going? What am I doing?

We were handed our uniform for the co-ed section — imagine “summer” hospital scrubs, same cut and fabric, just with short sleeves— and turned the corner. We were in the locker room, and nudity abounded. Each of my friends began to disperse. The lockers we had been assigned were in different sections.

I followed Lane to her locker.

“Completely naked?” I asked, as if it needed clarification.

“Don’t leave without me,” I begged. I walked down a row of lockers until I found mine, nestled in a corner. I was glad for the corner.

I removed my clothing slowly, taking great care to fold each piece and place it in an appropriate spot in my locker. This was not my normal speed. My bedroom floor is usually littered with clothing. My newfound fastidiousness was born of fear. When no more time could be wasted, I emerged, unadorned by anything except for the locker key tied around my wrist.

Lane was there waiting for me. There was a giddiness in me that came from nerves. At any moment, I expected someone to come up to me and inform me that I was not supposed to be naked. I was surprised to find that I did not feel as vulnerable as I had expected to feel.

Lane and I showered before joining the other women in the hot pool. Lane would be my naked tour guide for the day. It was the perfect fit because she had been there before, and Lane is the nurturing type of person who makes everyone around her feel like everything is going to be okay. If you have the opportunity to get naked with the Lane in your life, I highly recommend it.

It is an unusual experience to be surrounded by other naked women — some of them known to me, most of them strangers. There was a dance of not looking, but seeing other naked women. Women of all shapes and sizes, letting themselves be who they are. Most striking was the way that each of us allowed ourselves at that moment to be fully in our bodies. Everything that we were at that moment was enough. When we stopped trying to fit— emotionally and physically (into clothing that sometimes fits and sometimes doesn’t), we allowed ourselves to belong.

The most beautiful thing about every woman was the way that each of our bodies told our story. We are varied and different, but we all bear the mark of our lived experiences. From stretch marks and cellulite to C-section scars, all of these things were allowed to be beautiful because they were allowed to exist without comment or ridicule.

In the hot pool, Lane asked when I wanted to eat.

“There’s food here?” I said. I would have known that if I had asked any questions leading up to the day. Once we were done with the pools, we dried off and put on our uniforms. We ate, and I followed Lane from sauna to sauna.

The King Spa experience is a sandwich of nudity. We had begun in the hot pools, and that’s where we decided to end. We followed the same steps as we had the first time. We showered first. This time I felt more comfortable. I carried on a conversation with Lane without it feeling forced, without panicking about whether or not my naked body was going to pass muster.

We reached out and held hands to solidify this mark of our friendship, just hanging out and being naked. All I could think was, “Why don’t I hold hands naked with all of my friends?”

In the weeks since our trip, the body positivity it gave me has remained. I feel more at home in my skin, like I have less to hide. I walk through the days knowing that my body, and all of our bodies, are just as they should be. I feel a little bit freer.

If you like this article, please share it! Your clicks keep us alive!
Tags
body image
self care
self love
body positivity
Korean spa
Friendship 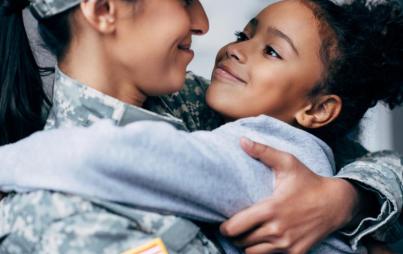 5 Tips To Help You Survive As A Highly Sensitive Parent

Phone Calls: An Excerpt From Welcome To Wherever We Are
Deborah J. Cohan