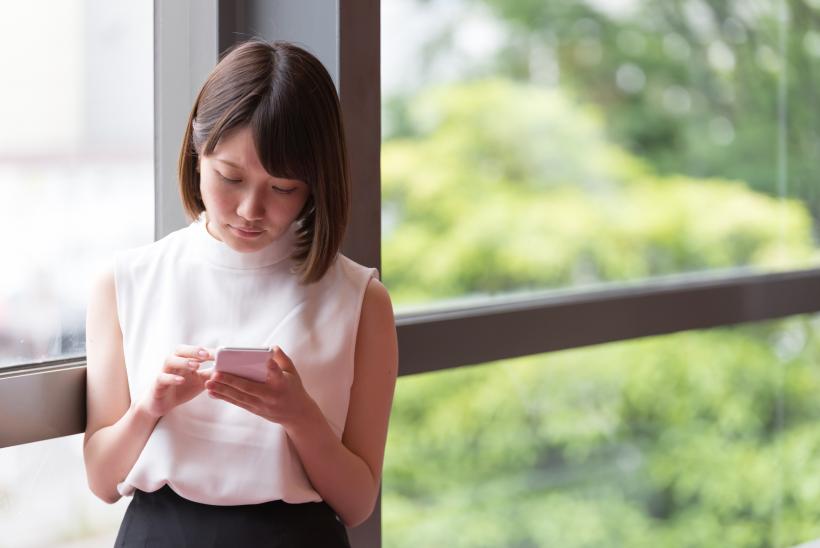 Social media notoriously gives its users the opportunity to present their lives as perfect and conflict-free. Image: Thinkstock.

I scrolled through my Instagram feed to catch a photo of a friend’s first tattoo. It was an abstract design that paid homage to her wedding venue, a distinctive historic site in her home state.

The tattoo seemed sweet at first, but then I read the photo caption.

My friend had gotten inked to honor the child she lost in miscarriage.

Even when we saw each other every other day, we were only ever class buddies. For the one year we attended the same college, we shared a couple of courses, sat next to each other, exchanged jokes here and there, and teamed up on projects when necessary. We rarely saw each other outside of class.

Our emotional intimacy was limited to confessing that we wanted to marry our current boyfriends. Yet that was something I willingly shared with anybody who asked. Really, Pam and I were no more than friendly acquaintances.

Pam was a kind and interesting person, and perhaps under different circumstances we would’ve become closer, but, for a variety of reasons, I wasn’t open to making new friends at that time. So when we both transferred to different schools, Pam and I never called each other, wrote each other letters, or paid each other visits.

Though we haven’t had an actual conversation in eight years, Pam and I remain friends on social media. I occasionally like her art photos of creative cocktails and imaginative desserts, and she occasionally likes photos of my travels and art projects. Our connection is sustained by swipes, pixels, and clicks.

I hadn’t thought much of that connection until I learned about Pam’s miscarriage.

Up until that point, I believed what all the pundits say: that social media is impersonal, superficial, a sign that humans are becoming increasingly incapable of forming authentic emotional bonds.

If we are going to overshare, we might as well be authentic about it.

Yet a miscarriage is hardly impersonal. Because of our society’s taboo surrounding that form of loss, miscarriage is only ever allowed to be personal.

Unlike its close sister, abortion, miscarriage has no public or political presence. The suffering that comes with it, fairly or unfairly, is meant to happen in private.

Social media notoriously gives its users the opportunity to present their lives as perfect and conflict-free. We see the best photos from people’s weddings, the most flattering selfies, the impossibly precious snapshots of babies and pets.

We don’t normally see admissions of failure or declarations of pain. A photo of a fluffy cake coming out of an oven says Instagram. A screenshot of a bank account’s negative balance does not.

But I'm realizing that it doesn't have to be that way. We can use social media to communicate hardship.

We can use social media to show that we are human and that our fortune is constantly in flux.

We may win an award or get engaged one day, but the next day, we might get mugged or evicted. These sorts of posts don’t even have to be politicized or contextualized.

Because our lives are not as perfect as our social media profiles may sometimes lead others to believe.