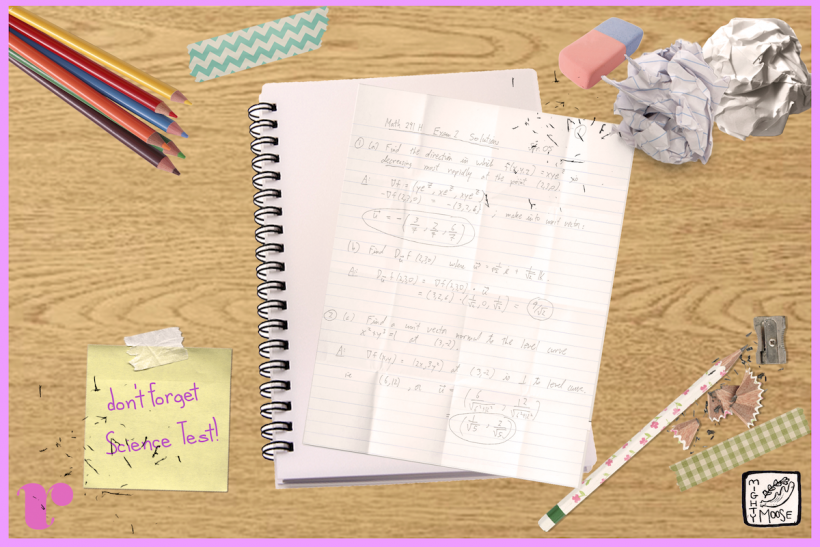 “Change out of your school clothes. Do your homework, and then get the chores done,” was my mother’s mantra every day after school when I was growing up.

“Students should have at least one hour of study time every afternoon and get to bed early enough to sleep 10 hours or more,” said a newsletter from one of my kids’ teachers when they were younger.

“A general rule of thumb that is easy to remember is the expectation that children do 10 minutes of homework for each grade level,” reads an old brochure from the National Association of School Psychologists.

In fact, everyone has some kind of routine or suggestion about how an average kid is supposed to spend their time after leaving six plus hours of seated instruction every day. The problem is that none of these or most other suggestions given to parents work for my neurodivergent kids. My kids — now ages 20, 18, 17, 14, 4, and 20 months — all share some of my ADHD and my husband’s dyslexia. The disorders make it agonizing to sit in a classroom all day only to come home to a rigid schedule of more instruction.

We learned early on that the kids would need some adjustments made to their lives outside of school in order for them to survive the world amongst the neurotypical.

My family is not one of the neurotypical brains.

I began altering the kids’ after school routines after my second oldest started showing signs of my ADHD like her older sister. Unlike her sister, however, she also had some of the characteristics of a dyslexic — letters traveling on the page, trouble following a sentence in a line. With the new routine, she and our third daughter, who also showed signs of both disorders, were able to compile the resources needed to help themselves through a neurotypical school environment. Our son, however, needed the additional support of a diagnosis of dyslexia and an IEP to survive school. We assisted at home with our modified routine. The younger two kids have yet to enter school, but when they do, we have the routine set already to help them.

The most important part of our afterschool routine, in my opinion, is the snack and decompression period right after school.

The dyslexic brain becomes fatigued after a day of being forced to read in ways it was never wired to. The ADHD brain is also exhausted from having to focus all day and override its own nature in a seated school environment. So, the first thing I tell the kids to do is to grab a snack. I then allow them to nap, lounge in their rooms, watch television, or sit outside for no longer than an hour. Doing so allows a brain to reset and shift gears into the after school mode. That means an hour to shut the brain off any way they like.

We do afternoon chores after the decompression and start homework. This is usually the time when I also start dinner. When I was in grad school, dinner was a crockpot meal and I would spend homework time with the kids. They would all spread out between the living room and dining room, which are open and connected in my house. One kid loves to work at the family desk in front of the computer with an earbud in and music playing. Another takes over half the main couch, wrapped in a blanket and snuggled so deep, all you see are her eyes and the book she is working in. My son likes to commandeer the floor, flopped on his belly with his work spread out before him. Another kid likes to sit on the high bar stools at the bar between the kitchen and dining room, earbuds in and music going, her own little nook.

I want to teach them to embrace their disorders and learn how to use their hot-rodded brains to navigate — and maybe someday conquer — the world.

Everyone gets a beverage — caffeinated soda, tea, or chocolate cocoa with extra chocolate. A few of us snag a mug of coffee. The caffeine, in moderation, helps an ADHD brain to focus. Another trick I use is playing the television on low sound, with a show that everyone is familiar with. We largely ignore it, but our brains use the external distraction. I don’t know exactly how it works—the science behind it—what I do know is that the outside noise distracts the part of our brains that tend to question, wonder, ask, fidget, etc. and allows the main part to focus.

I try to limit homework time to an hour. We break for dinner and anyone who needs to can finish their work once dinner is over. Otherwise, they have the evening free until an hour before bedtime if there’s reading to be done.

The dyslexic brain is also unique in that it takes extra effort to focus on words to read. I try to get my kids' books on audiobook from the library or online. However, this is not always possible. Reading is required for school, so we had to adapt. The thing is, the dyslexic brain gets exhausted from trying to read what is essentially moveable type. It shuts down after a while. ADHD brains do so as well, especially after being forced to focus on the uninteresting reading material.

This is why we save reading until just an hour before bed, after baths and some more play or down time. The benefit is two-fold. First, the brain gets to shut all the way down like it wants to after reading. This is satisfying and works as a reward in itself. The second benefit is for the ADHD brain, which is notorious for staying wired throughout the wee hours of the night. The exhaustion from reading helps with the “getting to sleep” problem that my ADHD kids have.

This is the routine that works for us. So far, the “reviews” I’ve gotten from others have been mixed, which is okay. My kids' friends think it’s cool, especially the parts about the soda and TV.

Meanwhile, other parents usually deem me crazy. Their input is comical and meaningless. It also shows how utterly neurotypical they are.

My goal for this wacky routine is not to bend my kids to the neurotypical world. I want to teach them to embrace their disorders and learn how to use their hot-rodded brains to navigate — and maybe someday conquer — the world. Doing so starts with an after school routine.