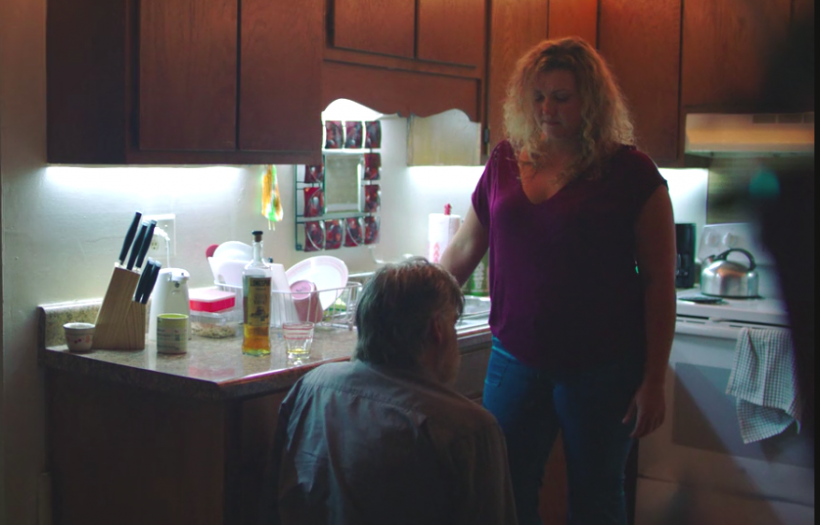 I can’t say I started watching the new USA show, "The Sinner", because I knew there was going to be sex scenes of a fat babe smacking Bill Pullman around, but this quickly became a highlight for me.

The show is described as follows:

“When a young mother inexplicably stabs a stranger to death, a sympathetic detective struggles to unlock the mystery buried in her missing memories.”

What the description fails to capture is that the “sympathetic detective” is played by (bearded) Bill Pullman. In case you don’t remember, this is the very man who was once cast as the president of the USA in the 1996 film Independence Day. And this is the very man who is now playing a total pain slut submissive who’s obsessed with this hot mean fat lady (relatable) named Sharon, played by Meredith Holzman.

That is really the big news for this show.

Bill’s character is named I-don’t-remember. Throughout the show he’s trying to save his vanilla marriage with a thin woman but can’t stop calling this fat sadist babe.

We’re introduced to Sharon for the first time when BP is sitting in his car, spying on her through binoculars while she’s at work.

He shows up at her waitressing job to let her know he can’t see her again, and she calls him out, reminding him he didn’t have to commute all the way to her job to tell her that when he could have phoned her. A few days later he runs into her at the grocery store; this mega hot, totally silent scene ensues. She clocks him down the aisle, picks up a crate of oranges and cavalierly upends it, spilling all the oranges on the floor. BP gets on his hands and knees to pick them all up. Before he can hand them to her she walks away without saying anything to him. Um, yes.

In the next few episodes there’s some intercourse with breath play and some kind of sensation play or branding (it’s left to the imagination). In the intercourse scene, her large, dimpled butt is the first thing we see. Later we see her from his vantage point, glorious double chin and all.

So, is Sharon revolutionizing the mass media representation of fat feminine sexuality?

Kind of yes and kind of no.

Sharon is a smaller white cisgender fat woman, her role is minimal and we don’t even learn her last name. Nothing new there. Their relationship is a private one, experienced mainly in hotels or her apartment. Nothing new there, either. Further, in the final episode the detective pathologizes his own kink, in essence chocking up his relationship to Sharon as a manifestation of his abusive childhood. This is quite simplistic and uni-dimensional, but typical for a culture that sees everything besides the desire for heterosexual intercourse as deviant.

Sharon is so intensely interesting to me, however, because we get to see a fat woman who is over thirty exercise extraordinary sexual power. We see her getting worshipped in every scene she’s in. She takes control, guides what happens between them, and she ultimately ends the relationship after he oversteps her boundaries. Her sadistic and dominant nature feel like her own, a manifestation of her desire. The fact that she’s doing this to an actor who played the POTUS is, honestly, next level and felt kind of allegorical.

Her size is never discussed in the show.

Finally, the dynamic between Sharon and the detective feels like a realistic depiction of the sexual dynamic often had between fat women and straight-sized men that never gets portrayed in mass media. In real life, fat women are often the object of shame-filled lustful chasing, and this defies the dyadic stereotype that fat women are always either desperately amorous or entirely asexual.

In short, Sharon is the ultimate reason to watch "The Sinner." Her character brings new possibility for fat sex on TV. And God knows we’re ready for that.

If you like this article, please share it! Your clicks keep us alive!
Tags
The Sinner
jessica biel
Bill Pullman
USA network
domme
fat
Sex
marriage