Why It's OK To Not Always Like Your Partner 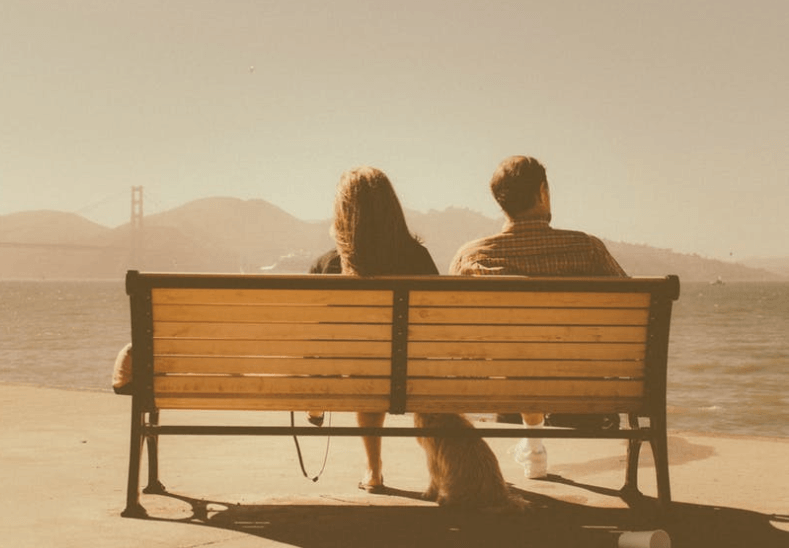 A couple has to want to be happy together, and fight for their relationship every single day — even on the days they don’t necessarily like their partners.

“I love you, even though I don’t like you right now.” It's a thought most of us will think during an argument with a boyfriend or girlfriend. These words also double as the lyrics to Axwell /\ Ingrosso and Kid Ink’s latest song “I Love You.”

While most tracks these days bedazzle meaningless sex, this tune actually focuses on love. The lyrics “I don’t like you, but I love you” stress that you don’t always have to like your partner, but it doesn’t mean that you stop loving them. The “I Love You” song hints that fighting and disagreements don’t necessarily foreshadow a breakup, as long as you’re with someone you truly love. This message is crucial in relationships.

If every single person hightailed it when things got rough, then divorce would be universal, and love stories would be nothing more than mythology.

It’s really OK to (occasionally) want to pull your hair out when dealing with the one who tugs on your heartstrings, and here’s why:

In relationships, sh*t will hit the fan more than once in awhile.

Eventually getting annoyed or pissed off by your handsome pants or princess is bound to happen. After all, the area of the brain that loves is also the section responsible for feelings of hatred. According to Longhorn Life, “In 2008, a study by Professor Semir Zeki of the University College of London that was published in the peer-reviewed, online science journal PLOS ONE, revealed that the emotions love and hate involve some of the same neural circuitry.”

This circuitry makes sense, since both love and hate require plenty of passion. And when you’re passionately in love with someone, it’s only natural that you become passionately angry with them too. When you feel like going Hulk, keep in mind that boiling points happen, but they’re only breaking points if you make them so.

Having a partner is a lot like having a new family member. Once you’ve been dating someone long enough, that’s what they become: your family.

Just like you would with your own blood, you’re going to butt heads now and then with your partner in crime. Quarrels are practically inevitable when you’re with someone so much.

However, you probably shouldn’t drown the relationship unless your lover is in the deep end — like cheating on you, or doing something in that vein.

I learned from my grandparents that love isn’t just kissing and holding hands: it’s not giving up on each other. They argue with each other like UFC fighters getting paid per fight, yet they’ve been together for over 50 years. Their love has endured because they kiss and makeup after every fight, or at least know when to let an issue go. These lovebirds are still chirping away together because they realize that winning an argument is a loss if you wind up losing the person you love most in the world in the aftermath.

Nobody is perfect — or a mindreader.

Your partner is not going to do or say the right thing at all times, or predict what you want. And if he or she did, it would be like dating a life-sized love-bot.

Instead of getting frustrated over every little thing, you just have to learn to pick and choose your battles, and not see every minor annoyance as a big deal. Telling your partner what bugs you once in awhile is one thing, but pointing out and dissecting every little mistake is another completely. Constant complaining will only drive your boo away.

You might not like that your partner doesn’t put the toilet seat down, or leaves toothpaste on the bathroom mirror, but you deal with it because you love them, and those small actions are far less weighty than the love you have for your SO. Next time you’re not liking his or her actions, remember that those feelings are temporary, but a breakup is likely permanent.

So let the small things be small things; don’t turn minor issues into relationship termites. As long as your partner listens to you when it matters and respects you, at the end of the day, that’s all that really matters.

People are not puzzle pieces, and even though physical parts might fit like lock and key for a couple, it doesn’t mean that minds always follow suit. What makes love eternal is not two people who effortlessly mesh together like yin and yang; it’s a conscious effort from both parties to make a relationship work.

Happy couples aren’t just lucky; they’re hardworking. Happily ever afters aren’t prescribed, they have to be written by the two people in the relationship. A couple has to want to be happy together, and fight for their relationship every single day — even on the days they don’t necessarily like their partners.

After all, love doesn’t just magically stay alive. It’s a fire that couples tend to on a daily basis. If the fire starts to die, each person brings something new to keep the flame lit, like trying a fresh experience together, or making more time for one another. They can also do this through small romantic gestures like a forehead kiss, or surprising a partner with dinner.

Fires don’t burn forever on their own, but they do for those who keep fanning them. So no, you don’t always have to like your partner, but if you love him/her, and I mean “stand with you on a mountain...bathe with you in a sea” love him/her, you’ll find new ways to smoke out negativity, and keep your love ablaze.

If you like this article, please share it! Your clicks keep us alive!
Tags
Relationships
dating
Love
advice
staying in love