Jurassic Park 2.0: De-Extinction and Cloning are Real (And Happening) 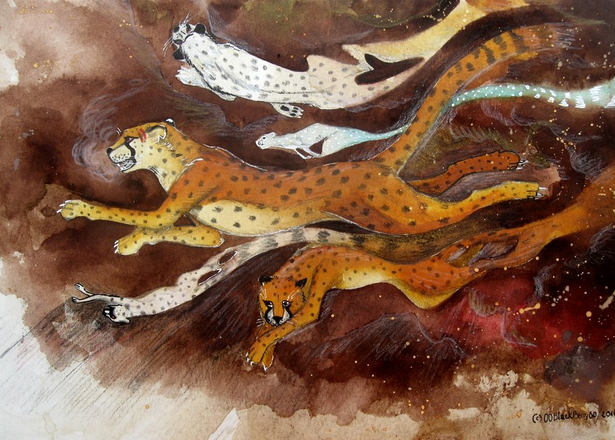 While most of us can agree that pigeons are festering, flying rats and generally, we just want them to get the f*ck away from us, the passenger pigeon—which perished from this earth at the Cincinatti Zoo in 1914 —is paving the way for radical developments in cloning ... and that my friends, is badass.

So with "typical" cloning—somatic cell nuclear transfer—which basically inserts the nucleus of a somatic cell into that of a donor or "host" (like Dolly), you have to have a living animal. This technology can't be used for species that left our little blue planet before the advent of cryopreservation, like the passenger pigeon however. Reconstructing an extinct animals' genome is tricky business; not only does the DNA begin to deteriorate the moment the creature dies, but anything the animal comes in contact with begins to co-mingle with its DNA.

But thanks to A.I.-worthy technology called MAGE (Multiplex Automated Genome Engineering) or the "evolution machine"—invented by George Church—millions of years of genetic mutations can be reconstructed within minutes.

The story goes that long-time environmentalist and founder of non-profit Long Now Foundation—Stewart Brand—became obsessed with the idea of bringing the passenger pigeon back following a talk he held in San Francisco: “Is Mass Extinction of Life on Earth Inevitable?” Brand sent out a now infamous email to Church and biologist Edward O. Wilson:

...The environmental and conservation movements have mired themselves in a tragic view of life. The return of the passenger pigeon could shake them out of it — and invite them to embrace prudent biotechnology as a Green tool instead of menace in this century. . . . I would gladly set up a nonprofit to fund the passenger pigeon revival...

Two years ago, Church held a symposium at Harvard Medical School called “Bringing Back the Passenger Pigeon," demonstrating his genome-editing technology and basically created a glorious sh*t-storm of excitement among biologists and conservationists alike.

De-extinction went from concept to potential reality right before our eyes. We realized that we could do it not only for the passenger pigeon, but for other species. There was so much interest and so many ideas that we needed to create an infrastructure around it. It was like, ‘Oh, my God, look at what we’ve unleashed.’  — Ryan Phelan, Stewart Brand’s wife, executive director of Revive & Restore, which champions the genetic rescue of endangered and extinct species.

And just in case you thought this was a playground for eccentric, pigeon-obsessed entrepreneurs, there are tangible ecological benefits from the addition of "new" animals. The reintroduction of mammoths—seriously—could encourage the growth of certain grasses in the arctic could help prevent the permafrost from melting; and this ain't about the beauty of icebergs. Apparently the Arctic permafrost contains two to three times as much carbon as the world's rain forests. Dang.

And Revive & Restore aren't the only ones on the path to reviving a once-death species; the aptly named Lazarus Project has set its sights on the Australian frog and the Uruz Project hopes to create a new subspecies that echoes aurochs, a wild ox that died off in 1627.

Scientists predict that changes made by human beings to the composition of the atmosphere could kill off a quarter of the planet’s mammal species, a fifth of its reptiles and a sixth of its birds by 2050. – Nathaniel Rich, NYTimes.

But ethical, moral and yes, even scientific quandaries plague these advancements in genetic biology. The last surviving bucardo (basically a mountain goat) had its ears scraped and the cells frozen in nitrogen; scientists then crafted embryos from the bucardo's DNA and implanted them in 57 modern-day goat wombs. In 2003, a female doe brought her egg to term—marking the first animal born from an extinct species— but the kid choked to death just minutes later. One can't help but think of that mindf*ck of a movie, The Island of Doctor Moreau with all those bastardized half-animals (complete with a full-on orgy with Val Kilmer! thankyouverymuch) suffering at the hands of their maker.

And as for the pending passenger pigeons, chicks—like most animals, including yours truly—imitate their parents’ behavior until ya know, they learn the ropes on how to feed yourself or get the hell away from someone who wants to eat you. But what does a half-sy passenger pigeon do with parents that are only partially the same species? And will the mama pigeon know that its baby just ... isn't the same and reject it? Or will passenger pigeons upend the whole damn ecosystem because we're playing God and the whole species should be 6 feet under?

There’s always this fear that somehow, if we do it, we’re going to accidentally make something horrible, because only nature can really do it right. But nature is totally random. Nature makes monsters. Nature makes threats. Many of the things that are most threatening to us are a product of nature. Revive & Restore is not going to tip the balance in any way. —David Haussler, co-founder of the Genome 10K Project

Brand insists that in just 10 years, de-extinction will be par for the course for any conservation organization:

We are as gods and have to get good at it.

Speaking of acting like Gods, human cloning is just around the river bend too—according to new research by Japanese scientists, a simple stresser (like an acid bath) can render any ho hum regular cell into one that's as malleable—or more—than a stem cell, which would render the whole ethically-sourced stem cell thang basically obsolete. Haruko Obokata of Kobe, Japan—who has dubbed the stimulus-triggered acquisition of pluripotency STAP—says it took her five years to convince her colleagues of her seemingly impossible theory . . .

And poise us on the cusp of some seriously stupendous (scary as hell) science fiction sh*t.

If you like this article, please share it! Your clicks keep us alive!
Tags
cloning
de-extinction
Dolly the sheep
passenger pigeon
jurassic park 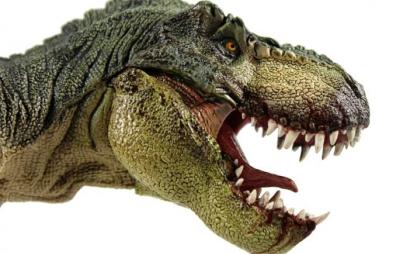 Dinosaurs Just Got More Terrifying: T-Rex and His Cousins May Have Hunted in Packs