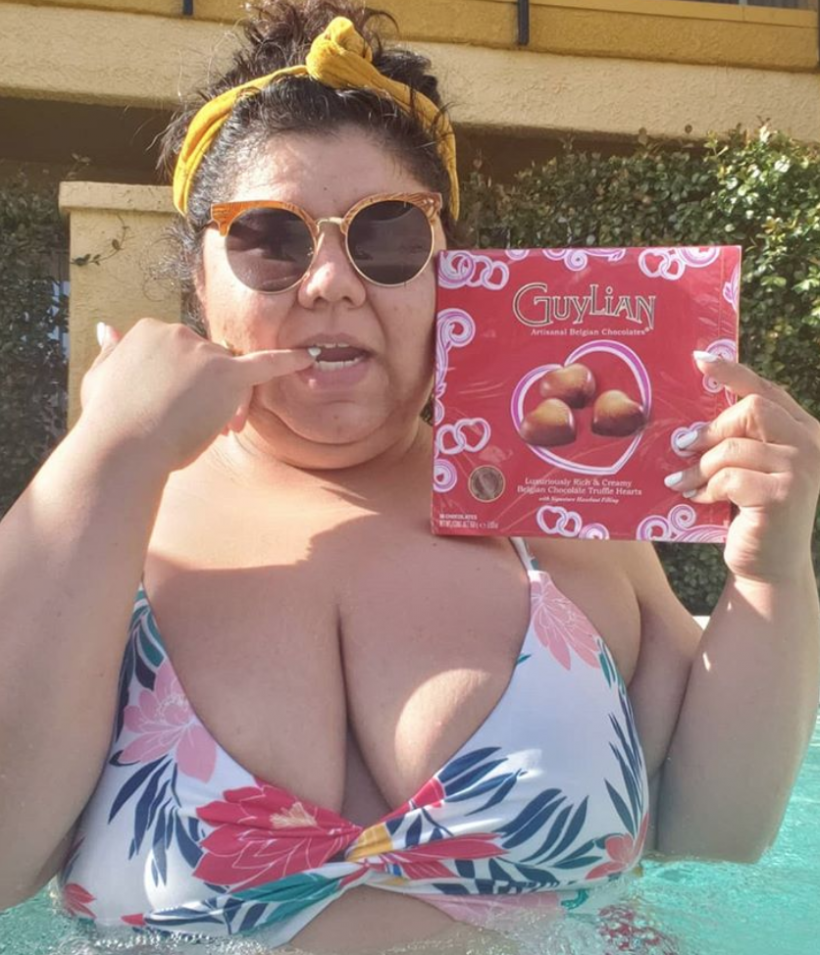 I can think of few things more worthy of celebrating on International Women’s Day than the slow and very public decline of a company that has capitalized on fatphobia, women’s insecurity and body shame for fifty-five long years.

I was ordering piroshkis at the San Francisco Russian Festival when I felt the familiar buzz of my phone. It was a text from a longtime friend, also a fat activist: “It’s happening!” it read, and just below that a link to the article that highlighted Weight Watchers’ recent 31% stock plummet. Not even a rebrand could save them, girl. The only reason I didn’t laugh maniacally was because my mouth was full of fried dough and meats.

I want to talk about how the WW plummet acts as the canary in the coal mine in two importants ways: first, it’s an undeniable victory for fat activism, body liberation and a move toward a fatphobia-free future; second, it’s symbolic of a public shift away from overt weight loss products and marketing but not necessarily fatphobia itself, which we need to be careful about.

My friend’s text reminded me that not long ago Weight Watchers was a stable business. It relied upon the New Year’s spike in weight-loss goals for much of its income, and it existed without any real cultural pushback. Fatphobia existed — largely — without impediment because there had been no large-scale critique of it.

Though the beginnings of this movement can be traced back to the 1960s with the founding of the National Association to Advance Fat Acceptance (NAAFA) and the Fat Underground, social media in the early 2000s took this issue into the mainstream. As social media gained traction there was a rise in fat representation, fat activism, and then body positivity. Blogs like Fatshionista and then an explosion of books and accounts changed how we saw fatness and fat people.

The rumblings of the beginning of Weight Watchers’ decline began back in August 2017 with a New York Times article titled, “Losing It in the Anti-Dieting Age.”

When I read the NYT piece I knew that the genie was out of the bottle and it was never going back in - at least not in the same way that it had been. Weight Watchers — and the diet industry more generally — had long relied upon and exploited body shame to cover up the fact that diets don’t work. Users simply blamed themselves when they almost inevitably didn’t get the results they were sold. In addition to that, the idea that you could opt of dieting was simply not part of any substantive cultural conversation.

I remember how my life changed instantly when another fat woman asked me, “Did you know you don’t have to diet?” At the time, the thought had literally never occurred to me. This was after having been a feminist for nearly a decade. No, at the time I did not know I didn’t have to diet. That simple question altered the course of my personal history. Fat people on social media amplified that question on a global scale. We also gave viable, diverse models of what fat life could look like. It was this idea — that fat people could thrive without weight-loss — that changed everything.

I am not sure what a future without fatphobia will look like, but the truth is we have to do much more than topple Weight Watchers to get there. To speak to the second part of this conversation I’ll return to the NYT article. The author pointed out that there was a sea change for sure, but that it might actually be more linguistic than ideological. Even though I assert that WW’s flailing would not be possible without body liberation conversations, I think what we’re seeing culturally is a shift away from overt fatphobic language among liberals and into covert attitudes and behaviors. A similar thing has happened with other political movements. In the wake of the Civil Rights Movement, for instance, racism began its slow movement into subtle, less detectable and less public racism — at least among liberals.

Though this is arguably an improvement, there are drawbacks to this shift. I look forward to the day when no one is outright emotionally bludgeoned because of their weight, but there are psychological and spiritual ramifications for discriminatory views that are less obvious. In the same way that I was never overtly taught that I was inferior because of my gender or race (I was overtly taught something was wrong with me because of my size), I’ve had to live with the gaslighting effects of feeling that racism or sexism is happening sometimes without any clear, undeniable evidence I can present to the abuser in an attempt to get accountability. This can create feelings of isolation and can lead to accusations that I’m just “disgruntled” if I say anything. This affects workplace and relationship dynamics, and consequently lifelong earning potential and mental health.

As quick as our culture can sometimes be to shift language, it has a much harder time with letting go of discriminatory ideologies. If the Trump administration has taught us anything, for instance, it’s that sexism is nowhere near dead. Yet, until his election it was only staunch feminists who were naming the ways that it had become embedded in our daily lives.

In short, I’d say the WW stock plummet is a big deal. However, does this mean the fight against diet culture is won? Hell. No.

I’d like to end this essay with a call to action to continue to imagine how to achieve body liberation for more people, and to diversify our methods of action. On this day we can take a page from women’s history to guide us as we move forward.

If you like this article, please share it! Your clicks keep us alive!
Tags
take the cake
Virgie Tovar
Weight Watchers
Oprah
stock
plummet 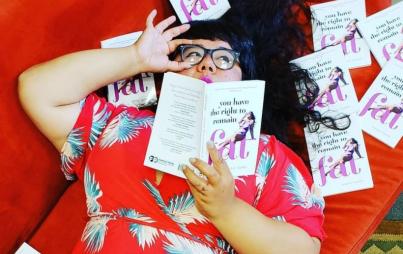