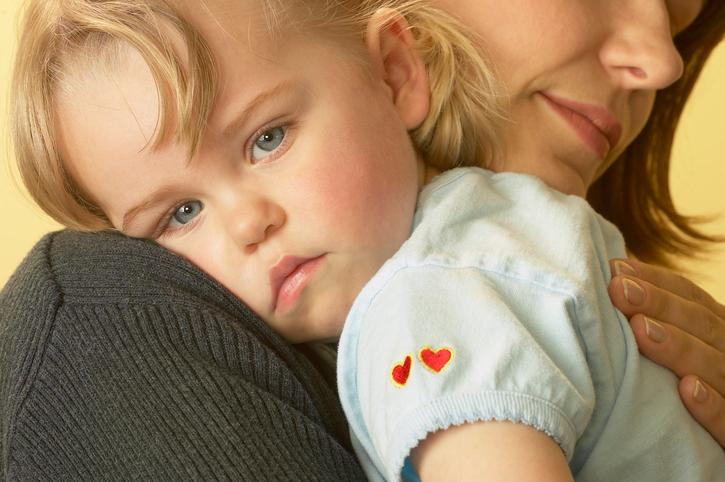 We can stop gaslighting our children by changing our perspective.

We live in a culture that prides itself on being tough. A constant barrage of “suck it up” and “life’s not fair” permeate the childhood of too many.

When a child falls down, they're told, “Brush it off! You’re OK!” When a child cries in the store for a candy bar that they can’t have, many say, “Stop crying or I’ll give you a reason to cry.” When a child sobs because his sister got a bigger gift than he did, they might hear, “Suck it up, life’s not fair.”

What do all of these examples have in common? A parent is trying to stop a child from throwing a tantrum. They are trying to instill in them that life is hard so they need to learn the skills to be able to handle that difficulty. Sometimes, they are reacting out of their own fears — a fear that their child will grow up to be entitled or unkind. But what if what you are doing is seriously messing up your kid?

When we tell our child that they are OK, or that they need to stop crying, or that life’s not fair, we are attempting to override what they are feeling and experiencing. Imagine you told someone, “I’m so sad right now because my cat died.” And they replied with, “Oh, you’re OK. You can always get a new cat. It’s not the end of the world.” You wouldn’t feel validated. In this scenario, someone is trying to silver line your situation rather than being understanding and empathetic. When they silver line it, they are dismissing your emotions in that moment.

Let’s take a look at another scenario, but replace the adult with a child. A child falls and begins to cry. “Come on now, you’re alright!” This is called gaslighting.

Gaslighting is when you try and convince someone that their experience isn’t true. When we try and force children to keep eating after they say they are full, or convince them they aren’t hurt when they are, or tell them that what they are crying about isn’t worth crying about, we are telling them that their experiences aren’t reality. When we gaslight our children, they begin to question their own judgment. They stop listening to their intuition. They lose their sense of security and self-confidence.

Other people say that I’m crying for no reason, that my brain is confused about what it’s supposed to be feeling. There must be something wrong with me. Cue anxiety, frustration, and a deteriorating self-image.

It might seem counterproductive to let a child sob on your shoulder about a seemingly inconsequential moment. But by allowing this freedom to express very human emotions, we are giving them practice to have a mentally healthy life.

People cry for a reason. One of those reasons is to release excess stress during an intense event. A fall, a broken toy, the wrong color cup, wanting something that they can’t have — are all intense events for a child. When we lecture them about being selfish, rude, needy, whiny, ungrateful, or dramatic, we only push them further into feeling like something is wrong with them.

A young child’s brain is not developed enough to think outside of themselves. They can’t comprehend how world hunger relates to them wasting a meal that you prepared for them. They can’t make the connection between abstract ideas that they can’t see and experience themselves.

“So what is the alternative to telling our kids that they are OK? I try to teach them to be tough and stop crying because life is hard and they need to be able to deal with that,” one parent might ask.

We can teach our children resilience, empathy, and compassion by modeling those behaviors with them. And most importantly, we stop gaslighting them. We stop telling them to buck up. We stop telling them that they are overreacting, being too sensitive, or crying for no reason. Our intent might not be to harm them, but the impact is what is important in these situations.

We can stop gaslighting our children by changing our perspective.

Instead of shutting down emotions, we reach out and try to understand what they are experiencing. We ask if they are OK instead of telling them they are OK. We empathize with them often.

We empathize by saying, “I understand how you’re feeling. I would feel that way, too, if I were in your shoes.” Validating someone’s experience is a powerful show of compassion and understanding. It might seem counterproductive to let a child sob on your shoulder about a seemingly inconsequential moment, but by allowing this freedom of expressing very human emotions, we are giving them the practice that they need to have a mentally healthy life. This article lays the groundwork for raising children that are incredibly resilient and emotionally healthy.

The effects of our parenting have the potential to be passed from generation to generation. A study has shown that the environment impacts the genetic makeup of up to 14 future generations of a roundworm. Studies like this are much harder to accomplish on humans because of our longer lives, but many believe (and some studies have shown) that our DNA stores some of our environmental experiences.

The choices we make now definitely impact our children, but could impact our grandchildren and beyond. When we stop gaslighting and start validating the experiences of the most vulnerable in our society, the result is a cycle of abuse broken, and happier, healthier future generations.

If you like this article, please share it! Your clicks keep us alive!
Tags
parenting
motherhood
gaslighting
Kids