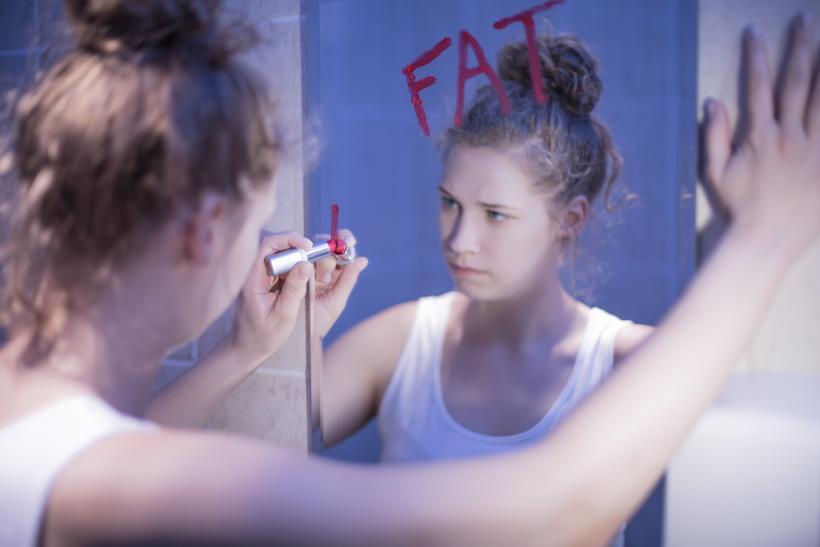 Today in Further Weight Watchers Bullshit: Teens (13-17) get a free six week membership to “the program.”

I actually thought this was a joke. I mean, it can’t be real, right? Weight Watchers offering free memberships to teens — come on!

Wrong. It’s real. It’s here. And it’s part of their latest campaign to remind women, all the way down into our barely-pubescent years, that our bodies are so important, so problematic, that we ought to start worrying about them as early as is feasible. So, like, 13?

Next up: Point Counting For Babies. What’s the value of an ounce of breastmilk? One point? Two?  What if you aren’t sure of the fat content? Should we be measuring that?

I went on my first diet when I was nine. The “diet” was just me “not eating.” Despite the fact (or, now that I think about it, maybe because) that I was the thinnest and smallest of my friends, I put myself on a diet. Nine-year-old, 60 pound me. No one told me too. Everyone told me to. They probably didn’t mean to tell me I needed to stop eating, but what else does a nine year old hear when everyone around them is all Sweatband-Jazzercize-Weight-Watchers-Jane-Fonda-Let’s-Get-Physical?

Dieting wasn’t a thing I did as much as it was my identity.

I couldn’t possibly eat that.

No cake for me. Thanks!

I’ll just eat off a salad plate because it tricks your mind into thinking you’ve actually eaten a full meal when really your stomach is yelling “BITCH THAT WAS AN APPETIZER.”

No, no! I love cabbage soup!

Who could have predicted that nine-year-old me would become 19-year-old me on her umpteenth diet?

Pretty much anyone who was paying attention.

It started with a culture of dieting and weight-loss and ended with me spending several years in introspection and several thousand dollars on therapy.

In those years between, I also had six babies. I watched our culture around body image continue to erode. I gave birth to two girls. I watched one of them grow up in the reflection of Instagram and photoshop and “unedited” photos of girls who would never need to be edited in the first place.

And all of this is exactly why this fresh load of Weight Watchers bullshit is infuriating.

Even if giving teens a free membership was some sort of benevolent move on their part, Weight Watchers doesn’t work. We KNOW it doesn’t work. But folks are so desperate for a solution to the imagined problem that is simply their body that they’ll try literally anything. Even counting every bite of food — down to the last cherry tomato. Even going on the literal same diet over and over and over — only to lose and gain and lose and jack their metabolism so royally in the process that your body thinks it’s being subjected to some kind of cruel starvation torture.

Weight Watchers claims that this move to provide the free memberships is an effort to “help young people develop good habits at a critical age.”

They are so concerned with their bottom line that they will lure young people (mostly girls) as early as 13 — roping them into the inevitable cycle of thrilling loss and loathsome gain, of staggering success and devastating failure.

Weight Watchers does not care about you or me or our 13- to 17-year-old kids (but really daughters).

Weight Watchers cares about the 45.2 MILLION DOLLAR PROFIT that they made in JUST the second quarter of 2017. That’s three months. Three.

There are currently upwards of 3.5 million people “in the program.”

I hear you saying, “but it works for some people!” And you’re right, it does. So does gastric bypass. So does keto. So does Whole30. So does drinking nothing but juice/eating nothing but veggies/praying to St. Oprah, patron saint of the fat. But mostly, that is the vast majority of the time (95% of it), it does not work.

I’m not saying that you can’t lose weight. I’m not saying you can’t change your life by moving more and paying attention to how you feel when you eat. I’m not saying that all hope is lost if you’re trying to manage your newly diagnosed diabetes or high blood pressure. What I am saying is, Weight Watchers is not the way to accomplish any of that. Weight Watchers is capitalism at its finest — preying on the vulnerable, the frightened, the self-loathing to its own (multi-billion dollar) gain.

Weight Watchers was A Thing when I was a teen. But as a teen, I wouldn’t have been Weight Watchers demographic. Despite what I thought about my thighs, I was naturally very thin. Despite what culture told me about my body, I’d grow up to look back at it with awe and more than a little sadness. I put my sweet, young body through hell...for nothing.

A little girl that is the target of this bullshit.

I won’t stand idly by and watch her half-exist, shrouded in body shame, spending her years counting calories, the finest moments of her life worrying about how big a slice of cake is or how small her ass is. I will not. 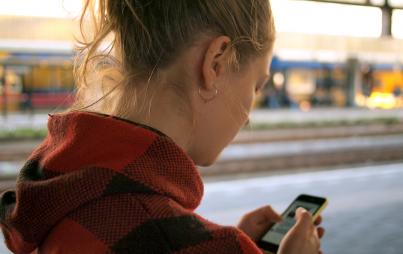