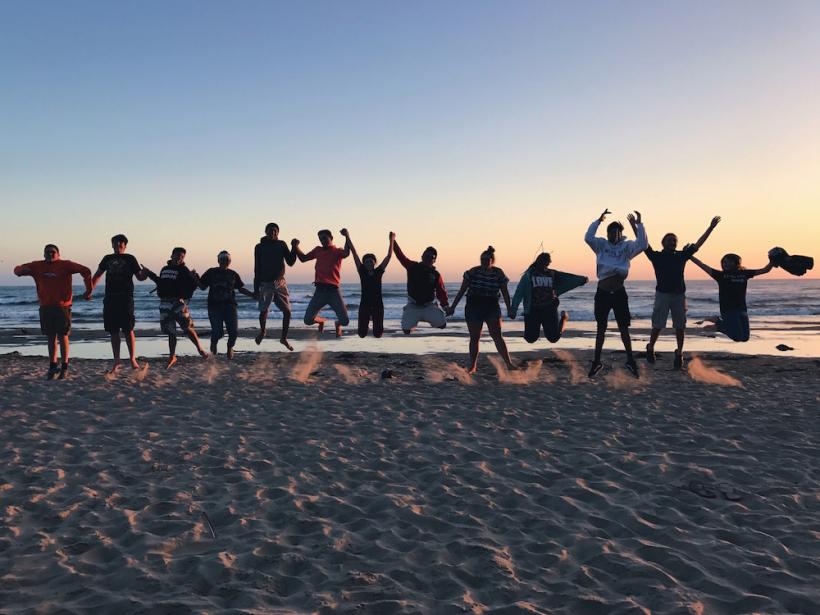 Before I even gave birth to my first child, I was afraid of the teen years.

Aren’t you supposed to be terrified of raising humans that are close enough to adulthood to drive a car, have a job, and potentially get pregnant/get someone pregnant, but far enough from adulthood that they know just enough to think they know everything, but not enough to actually live alone?

I mean, it’s probably supposed to be terrifying but it really doesn’t have to be.

All of the horror stories of raising teens that people tell each other are like the nightmare of childbirth.

Sometimes you definitely want to die, but most of the time it’s just not that awful.

My “teenagers” are now 17-, 19-, and 22-years-old, so one of them isn’t even a teenager anymore and another one of them is pretty close to graduating from his teens into his twenties. But they were all teenagers at some point relatively recently — recently enough that I haven’t forgot it, including the hard times, of which there were more than a few.

And yet, I’ll take five teenagers over one 3-year-old any day (and four times on Sunday).

1. They can tell you what they need.

Of course there are exceptions to this. But most of the time, if a teenager is hungry/tired/needs to poop, they just DO IT. You don’t have to try to play some kind of torturous guessing game of Why In The Name Of The Good Lord Are You Crying.

They will either A. tell you or B. just do the thing.

I have literally never had to beg any of my teens to go to sleep. They just DO IT. It’s so magical. And they sleep. All night even.

My toddlers never slept. Ever.

I may be unique in that regard, but I doubt it. Toddlers just don’t want to sleep. Either they are afraid something amazing is going to happen and they will miss it, or they just want us to die early.

Either way, if you’ve ever tried to get a 2-year-old to bed at midnight on a Tuesday, you know what I’m talking about.

I didn’t force my big kids to watch the little ones, but they did anyway. I paid them, which worked out for both of us. I didn’t have to troll Care.com for a random stranger that hopefully knows CPR, and they had some spending money (that they didn’t have to beg me for).

If you don’t have younger kids, great. You can go out and leave the teens at home. It’s amazing. Will they have a party and trash your house? Possibly. It also might be worth it.

4. They can wash their own clothes.

Put a chart in your laundry area reminding them how to do it and walk away. Your laundry duty just got cut in half.

Here's a fun thing from The Caravan Shoppe (I LOVE THEM). (You can buy your own for a mere $5 to print and share.) 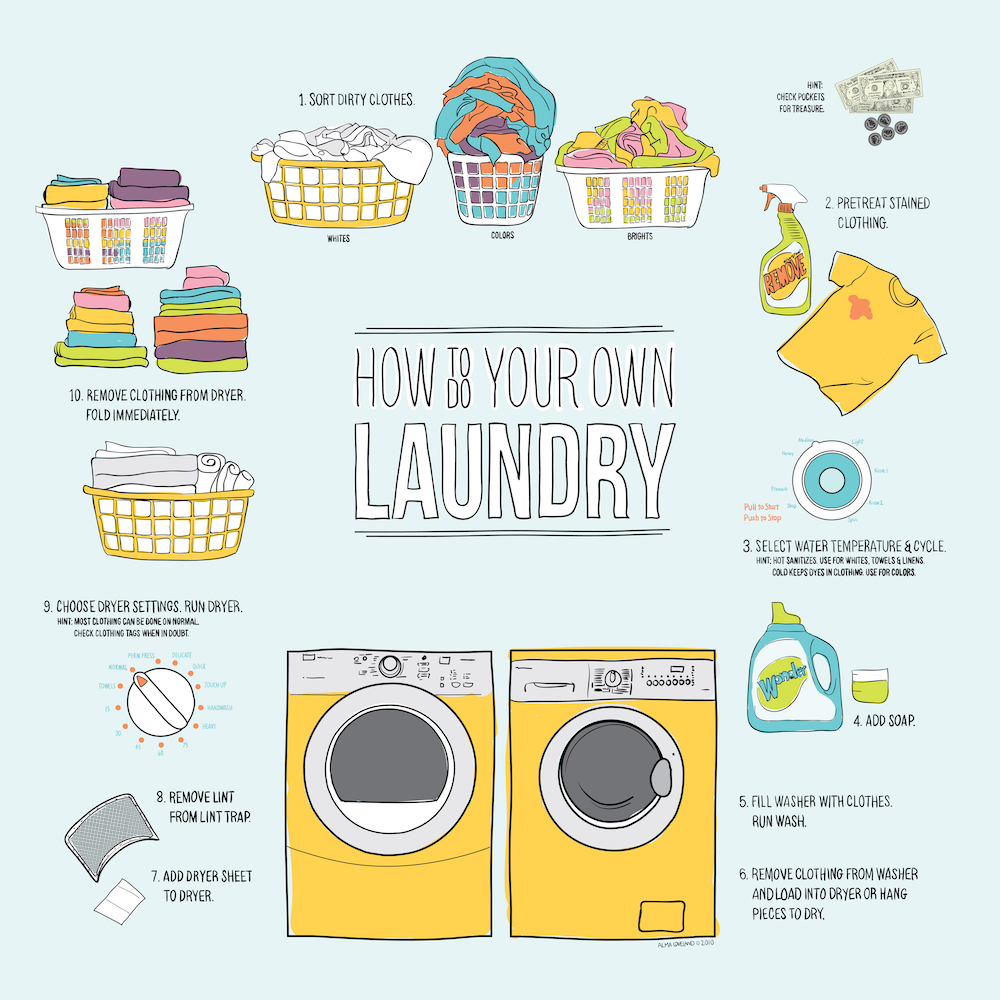 Sure, it’s scary to put your kid behind the wheel of a two-ton death machine. BUT they have to drive eventually (unless you live where there are buses, which is cool).

If you can give them a car, even better. They can get themselves (and their siblings!) to school and…

6. They can run errands.

Once you’ve given them a car, you now have the inalienable right to ask them to go to the store.

You can do this at any time of day. They might not love this, but if they love having a car, they will go buy you milk at 8 pm and smile doing it.

7. They can understand things like, “Leave me alone, I’m sick/tired/irritated.”

When was the last time your 3-year-old was like, “Oh you’re not feeling well? You should definitely get some rest. I’ll just take care of myself. No sweat.”

Four-ish years ago (though it will always seem like yesterday) our house got Norovirus. I have a paralytic fear of vomit and have barely even been close to vomiting since I was five.

But Noro came for me (and my spouse and two small children) like a bull toward a matador.

I thought I was going to die. I was legit on the toilet having diarrhea WHILE vomiting into a garbage can AND holding my then 2-year-old (who was also having diarrhea, only on my lap instead of the toilet).

I have never wished for death like I did those few days. Lucky for me, my teenagers didn’t get sick until a couple of days after the inception Diarrhea Pukefest, so they brought me things. Sparkling water. Sprite. Bowls. Very helpful.

I don’t blame my toddler for pooping all over me, I’m just saying it was nice to have help.

8. They can catch their own vomit.

When they inevitably did contract Death Virus 2013, they caught their own vomit.

No vomit on the floor.

Literally zero diarrhea on my lap. So that was real nice.

9. They have opinions that are cool to talk about.

This could really go either way. But my kids are all pretty liberal in their thinking, so discussion about politics usually end in sentences like, “WHAT IS WRONG WITH PEOPLE THAT THEY DON’T CARE ABOUT OTHER PEOPLE?’’

It’s fun to hear them have powerful feelings. And also good to know that my own liberal politics have been carried on to the next set of humans.