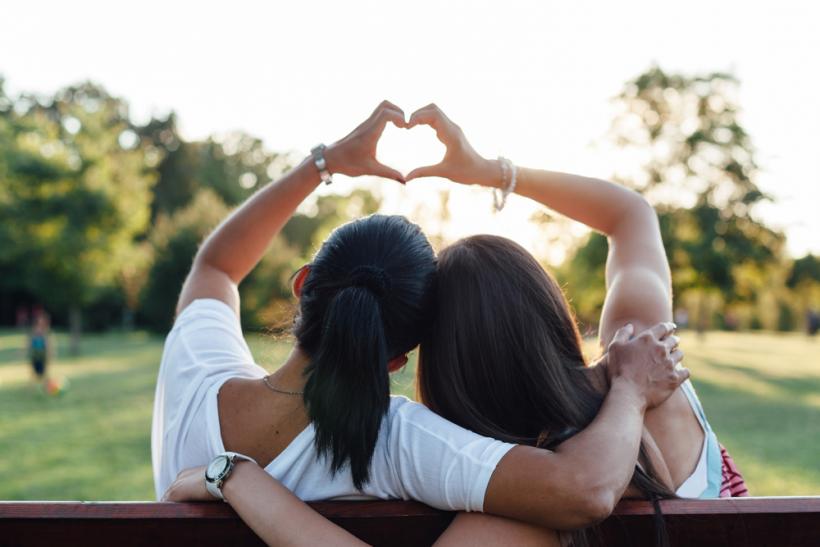 Whether she “officially” suffers from anxiety or not isn’t my main concern. My concern is that she feels heard, seen, and understood.

She insists I sign the form she brought home from school right now even though it’s not due for five more days. However, I am in the middle of something I can’t step away from. She insists again, this time in a higher octave. I know she is worried that I will forget or she will forget and the form will be late and then she will have to suffer the consequences of our forgetfulness, which will undoubtedly ruin the rest of her school life.

Her inability to move on from her concern tells me that she absolutely believes this piece of paper is mission critical, even though it is not a logical belief and her history shows she is a clever, logical thinker. I assuage her worry by telling she can leave it on the counter, and I will sign it before she goes to bed. She trusts me because this isn’t the first time we’ve had a conversation like this.

She also trusts me because she knows I know exactly how she feels.

She may also have my anxiety — but she might not.

I watch my daughter pick at her nails or hesitate before answering a simple question, and I see myself. Though it may have been thirty years ago, I remember the uncertainty with which I approached life when I was 12 going on 13, terrified of being wrong, of messing up, of looking stupid. I had no idea then what to do with those feelings.

If I couldn’t help myself then, how can I help my daughter now?

In the months after she was born, I had a constant list running in my brain keeping track of feedings, the contents of my diaper bag, what day it was. I thought these were normal worries. It was only when I discussed this “quirk” with my sister that I discovered what I was experiencing sounded a lot like Generalized Anxiety Disorder (GAD).

She worries about things. I was a worrier, too. However, worrying about things is not enough to garner a diagnosis of GAD. I tell her this in hopes of reassuring her — and maybe me too. I also tell her “worrying” is only a problem if it keeps her from living her life. Everybody worries; it’s the level of worry that may raise a flag.

My daughter is not me — I know that. Despite our similarities, we are different people with different experiences. Who's to say whether I was destined to have anxiety problems or if events in my life — my parents’ divorce, moving, a major illness — pushed me in that direction?

Science has not decided whether to officially blame genetics or environment for anxiety disorders. It would be inappropriate for me to decide I know more than researchers, so where exactly does my responsibility lie?

Communication and knowledge are my priorities. Observation is also important. Does her energy ramp up during transition times or the night before a big event? Does she complain of a stomach ache at those times? Does her worry prevent her from moving on to the next thing or bring her to tears? These are all signs of big, confusing emotions, and if these behaviors repeat themselves, they may also be signs of an anxiety problem that needs extra attention.

I describe those feelings as “itchy” to my daughter. I tell her the first course of action when those itchy feelings start to take over is to take a deep breath. She should follow that deep breath with another and then one more. Deep breathing triggers the parasympathetic nervous system which tells our bodies we are OK.

Another tool I advocate is self-talk. Some thoughts that have worked for me that I have suggested to her are:

“I only feel like this because I’m in a new situation. I am OK.”

“I am feeling overwhelmed, but I’m OK. I’m going to focus on one thing at a time.”

“This isn’t a big deal. There is a solution. I can figure this out.”

I tell her to say these things out loud, but that may be asking too much at this age. Regardless, these statements help to re-route thoughts and can help avoid a full blown anxiety attack.

Finally, if she is feeling overwhelmed by “stuff” — tasks she has to accomplish, homework, events — I tell her to write it down. Make a list or keep a journal. Reading over worries can help put them in perspective, creating bite-sized pieces of the elephant she is trying to eat.

Whether she “officially” suffers from anxiety or not isn’t my main concern. My concern is that she feels heard, seen, and understood.

I want her to have the tools she needs to feel like she is in control.

I’ve learned that parenting with anxiety can lead me down rabbit holes that often defy logic. I didn’t even know I had an anxiety disorder until I was a parent. Had I recognized my anxiety problem earlier, perhaps I could have figured out how to manage it. I hope talking about it openly with my daughter will give her a strategic advantage over anxiety that I didn’t have until well into my adulthood.

If you like this article, please share it! Your clicks keep us alive!
Tags
anxiety disorder
anxiety
mother
daughter
tween
parenting

Did My Child Inherit My Anxiety Disorder? ​
Candy Mickels Mejia