Pushing Past Arguments With Your Teen, And Building Trust To Boot 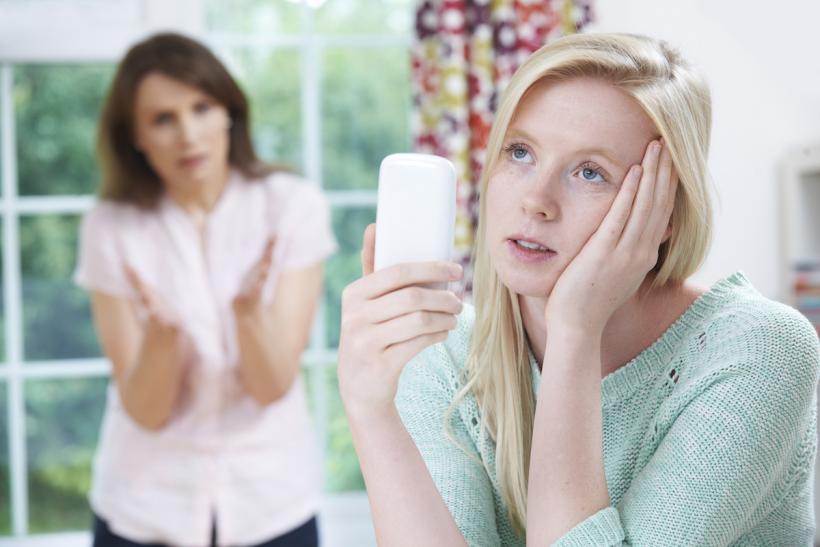 Why is communicating with our teenagers so hard to do?

We are obsessed with communication. Every day we communicate with our spouse, our friends, our boss, our coworkers, and even try to bring advanced communication tactics to the table as though average conversations were hostage negotiations. So why is communicating with our teenagers so hard to do?

The teen years are difficult for everyone involved, and rehashing the same fights time and again is exhausting. You may be losing hope that you will have a healthy relationship with your kid before they turn 25.

Don’t worry, it isn’t an impossible feat. You can learn to ease yourself through these arguments more effectively with your teen, while building a solid foundation of trust between you.

Making It Through The Storm

As mentioned above (many times), communication is the most important part of the process. It is too easy to say, “Just do it!” when they question why you have given a certain demand. Instead, take the time to make them understand. They will respect you more for it, and feel that you respect them in return.

When your teen’s standing there screaming at you, it can be very easy to resort to the same behaviors and tactics to get your point across. Don’t do it. You are the parent, they are the child. Act like it, and don’t lower yourself to acting like a teenager. Think of all of the fights that could have been defused if you hadn’t acted like their peer in past arguments.

Have you ever angrily announced a punishment, and then come to regret it? The answer is ‘yes’, because all parents have. This is the anger response, and it is bad for everyone. Your teen will see you as someone frightening and lacking control, and if you have to go back on a punishment you will also come off as wishy washy. It does you no favors. Keep boundaries firm, but keep your cool. If you have to leave the room and calm down, there is nothing wrong with that.

“I hate you!” If you haven’t heard this one yet, you probably will at some point in your teen’s life. Maybe even some name calling, or swearing, or violent outbursts. Keep in mind your child is a bundle of raging hormones, confusion and frustration. The worst possible thing you can do is erupt in return, and say things you don’t mean. Because from them it is forgivable, from you not so much. Their self esteem is fragile, so never call them names, or say anything hateful. Doing so is a sure way to shatter their perception of themselves, and you.

You Are Judge Dredd

Ultimately, keep this phrase running through your mind: I am the Law. You are the lawman to your teenager’s dark city. You are the face of justice in a world gone mad. You are Judge Dredd, so act like it. That doesn’t mean be unkind, but it does mean putting your foot down and keeping it down. Your teen will push against those rules, and break them more than once. Don’t budge, stay cool, and make sure they follow by the laws you lay down in your house…or face the consequences.

If you like this article, please share it! Your clicks keep us alive!
Tags
parenting
teenage years
teenagers
parenting teens
Kids

Pushing Past Arguments With Your Teen, And Building Trust To Boot
Tyler Jacobson