The Most Delicious and Disgusting National Foods: World Cup Edition! 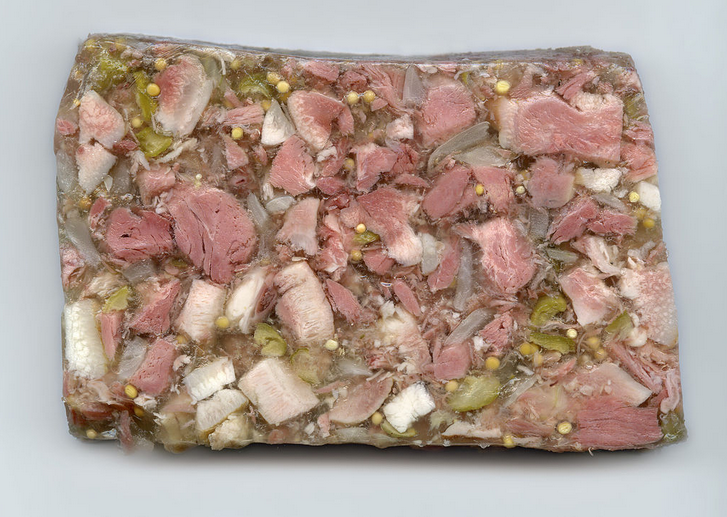 The World Cup kicks off, so to speak, tomorrow, and over the last few years there’s been much speculation about who will top the list of most viable contenders. As it currently stands, Spain, Germany, Brazil and Portugal are pegged by FIFA as the four top countries to beat.

In honor of their futbol excellence, and to better familiarize American audiences with the cultural fare of these soccer powerhouses, we’ve compiled a list of the best and worst-sounding dishes from each country. No, we haven’t actually tried some of these culinary delicacies, but we feel confident you can tell a lot about a food from its description. Let the judging begin!

Spain found World Cup glory as the 2010 champion. The country's team stereotype: “Team of magical elves hypnotising the opposition with short, rhythmical passing.” But how hypnotizing is their cuisine? One of the most common foods in Spain is also one of its greatest. This omelet made from eggs, potatoes and onions fried in olive oil is simple but delicious when properly prepared. Tasty, hearty and American-friendly (we love our omelets) Tortilla de Patatas scores a goal with us every time.

What is it with Spain and bulls? They trick and gore them, receive elation from being trampled by them and even masticate their (fried) testes. Is it even safe to consume that much testosterone in one sitting? Sorry, Spain, but your bull testicle delicacy gets a boo from the spectators.

Team Germany is consistently solid in athletics, and has always made it to a final game in recent World Cups. Team stereotype: “Dull and joyless, and yet consistently punch above their weight at major tournaments.” Is their food dull and joyless too? Hot apples, cinnamon and sugar, encased in a crisp and chewy pastry and drizzled with hot vanilla sauce? With their consistency in pulling off this dish year after year, as far as we’re concerned it’s springtime for Germany in the World Cup. Picture this: Chopped up pig’s head and feet . . . melded together in a mold of gelatin. No, it’s not some sick Halloween prank, it’s dinner! To avoid being culturally insensitive, I’ll decline to comment on the pig head and “trotters,” but can we all, as a human race, agree once and for all that meat and gelatin should never be combined? That’s a red flag for you, Germany.

Possibly the top powerhouse of national soccer, expectations are high for Brazil to pull out this year’s title as they also play host. Team stereotype: “Samba football, silky skills, genius all over the pitch, playing the game as it should be played.” But how genius are their munchies? These balls of goodness comprise shredded chicken, tomato sauce, onion, parsley and cheese all encased in mashed potatoes and then fried. They reportedly taste akin to fried mac ‘n cheese balls, all Latined-up. They sound amazing. And the crowd goes wild! A toasted flour made from the woody cassava plant, the dish has been described as “sawdust served with beans.” Mmm, so moisture-wicking. And why stop there? The super-dry starch is also popular in stew, barbeque, as a stuffing, and as a condiment for virtually any dish found to be too palatable otherwise. You’re just not going to score with that dish, Brazil.

A typically good team, this year Portugal had a tough time in the qualifying rounds, though star-player Cristiano Ronaldo scored twice in two minutes to secure victory over Sweden and entrance into the cup.

Team stereotype: “One-man band, Ronaldo single-handedly driving his extravagantly-tattooed team-mates through a combination of individual brilliance, cajoling by example and grandiose petulance.” Well the team may have a clear star, but Portugal’s cuisine sure doesn’t.

In fact, all the traditional dishes of Portugal seem completely unremarkable. They don’t sound good; they don’t sound gross. But because I’m committed to this thing, I’ve pulled two dishes out for your consideration. It’s hard to go too wrong with rice, sugar and cinnamon. Yeah, yeah—rice pudding isn’t terribly exciting. But Portuguese desserts in general look completely uninspiring, so this may be the best of the lot. It’s reliable, people. And sometimes the Portuguese even throw in some lemon juice. You get some lackluster fan support for that one, Portugal. Sticking with the philosophy that animal flesh can go gross in a jiffy, this stew wins mostly because it includes an unholy amalgamation of meats. Along with rice and beans, the dish features beef, chicken, pork, pork blood sausages and various other pork parts. A solid axiom: dishes should not include more than two types of meat/body parts. It’s just too much. We’re (mildly) blowing the whistle on this concoction.

Now you know how these top teams work their on-field magic, and how they fuel themselves for the beautiful game. I actually want to actively root against Portugal after this project, because I’m straight-up pissed that their cuisine looks so completely meh. Because when it comes to soccer and national dishes, go big or go home!