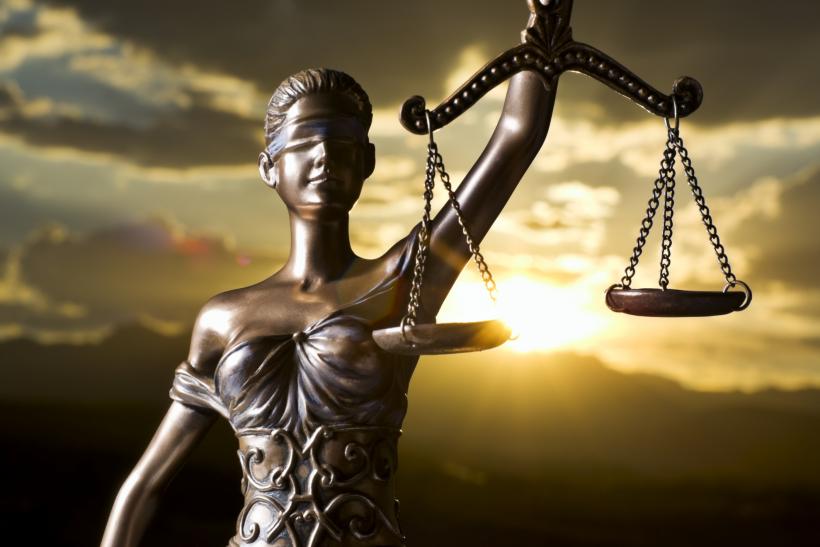 In the wake of the gavel heard round the world—the Supreme Court's sweeping decision to treat corporations as people and generally forgo any semblance of separation between Church and State that we've ever had—we got to wondering about the rights of atheists. If people's religious beliefs can legally protect them from participating in any activity at odds with that system of thought, shouldn't atheists be granted the same freedom?

Alas, sadly not. According to a study published in the Journal of Personality and Social Psychology, atheists are some of most un-trusted and least liked people on the planet in areas of religious majorities (i.e. most of the whole damn world.) So I don't think we'll be granted the same rights as religious folk any time soon.

In one of six projects in the study, which aimed to "systematically explore the social psychological underpinnings of anti-atheist prejudice," researchers offered up a hypothetical situation to 105 UBC undergraduates:

Richard is 31. He accidentally backs his car into a van, pretends to leave his insurance information, but doesn't. Later that week he finds a wallet filled with money, takes the money out and throws the wallet away. Is this man more like to be (a) a Christian, (b) a Muslim, (c) a rapist, or (d) an atheist...

I think you can see where this is going. That's right, the person most likely to be a fraudulent, dishonest jerk is not the person who'd rape somebody, but the atheist, the person who doesn't believe in God. What the researchers discovered is the overwhelming belief that not believing in God—i.e., someone who you have to answer to morally—makes you a bad person. Without an omniscient eye watching us, how can we be trusted to do the right thing?

To me, this seems like a fundamental fear of what humans are capable of "on our own"—like we're all perpetually battling Lord of the Flies regression at all times—without the watchful eye of God reminding us to be "good." I guess I like the idea of people being "good" because they want to be, not because they're frightened of being punished. The researchers have even another theory. Apparently there is a strong connection between religion and "prosocial" behavior.

Although the connection between religion and prosocial behavior does not rationalize distrust of atheists, it does raise interesting questions about life in largely nonreligious societies. Religion appears to the "social" in the world, yet the least religious countries are actually among the most cooperative and peaceful on the planet.

...it it important to recognize that religious prosocialty is primarily a theoretical framework for explaining the types of beliefs that can act as motivators of human cooperation in the absence of large-scale institutions for promoting prosociality. In this view, religion may have once been—and may still still be in many places, one of the only game in town in terms of bringing people together into large cooperative social groups.

Living in what many are calling "The Age of Atheists," it's troubling that this blatant bigotry still so strongly thrives. Even as atheism develops more societal dominance with religious freedom growing stronger (and obviously more powerful) every day—even Iraqis under threat of death are pursuing their personal beliefs—being "God-less" still feels like a four-letter word.

So whatdya say SCOTUS—is believing we're just organic organisms that came from the earth and will return to the earth such a bad, moral-less thing? Is our refusal to participate in anything Godly whatsoever at work directly protected by this new law?

Hate to the one to break it to you, but it has to be. Let's see if you can follow your own maddening mandates.