For Real This Time: 4 Reasons You Need to Ditch Bad Boys 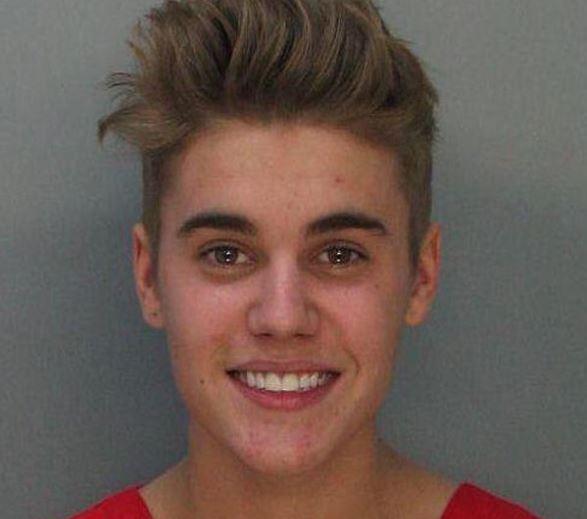 Trying to date a bad boy is like trying to put on mascara and drive at the same time—no matter careful you are, you're going to hit a bump on the road and end up in tears. We like bad boys because they're sexy, interesting, a little dark and always a challenge. The latest good girl to go crazy for a bad boy is Selena Gomez, who is currently suffering from a severe case of Bieber fever (and probably a few STDs as well). Stuck in the make up/break cycle with the Biebs, she ditched her gal pals Taylor Swift and Demi Lovato, has faced rumors of breast implants, and has had headlines attached to her name that would be more appropriate for (gasp!) Lindsay Lohan.

Bieber might be a superstar, but emotionally, he's no different than any of the bad boys we've dated, if not worse. We all deserve happy, functional relationships—but in order to do that, we need to bid adieu to bad boys. Here are four reasons why:

1. Bad boys have a tendency to make us into bad girls

Whenever we date a new guy, it's only natural to try and take an interest in what he likes to do. If you're dating a foodie, you're probably going to eat at the hottest gastro pub or know the best place to get pho. If you're dating a personal trainer, you're going to lift weights. If you date a guy who drinks too much, smokes a lot and parties until 3:00 a.m. . . . you're probably going to spend Sunday morning with your head in the toilet instead of at brunch with the girls. It's great to have a boyfriend help you expand your horizons and try new things, like hiking or cosplay, but if you find yourself compromising your boundaries, your bad boy is going to lead to no good.

2. Repeat after us: You cannot change them (but you can change yourself)

Do you think you can change a bad boy because he's different from the last three you were involved with? You may have visions of riding off on a white horse with your leather jacket-clad rebel, but the more likely is that you'll fall to your bloody doom from a motorcycle. There's only one person who can help make a bad boy change: his therapist. If your guy is known for treating women poorly and acting immaturely, as wonderful as you may be and as deep of a connection as you think you have with him, you probably won't be the girl who makes him sell his Ducati to finance an engagement ring. To give you some perspective: Is there any man who could make you stop doing the things you love, whether it be wearing high heels or mountain climbing every weekend? Didn't think so . . .

3. They make us gain (emotional) weight

They say that being in a relationship makes you gain 10 pounds, but the weight you gain emotionally from a bad boy is far worse than not being able to squeeze into your skinny jeans. You know the game and you know he will play it with you. Will he return your calls? Answer your texts timely? When the phone rings and it's not him, do you feel borderline devastated? It's as if there is a dark cloud of anxiety hanging over your head all the time. It gets even worse when you have a fight or disagreement. And you will. Dating a bad boy is all drama all the time. Carrying around all that extra emotional weight is exhausting and the only way to lose it is to lose him.

There are plenty of bad boys who will bring you chicken soup when you have a cold and plenty of nice guys who can throw a mean punch in a bar fight. There isn't just one type of guy who has gauge piercings, tattoos or a loud mouth, who will still open the door for you, buy you flowers and want to meet your parents. Plenty of good guys have an inner bad boy, but you have to help him bring it out. The perfect place to try this is in the bedroom. And the good thing about bad boy sex with a good guy is that he'll not only let you finish first; he won't turn on the TV until after you've had a post-sex cuddle.

If you like this article, please share it! Your clicks keep us alive!
Tags
bad boys
dating
tips
advice
Justin Bieber
Selena Gomez