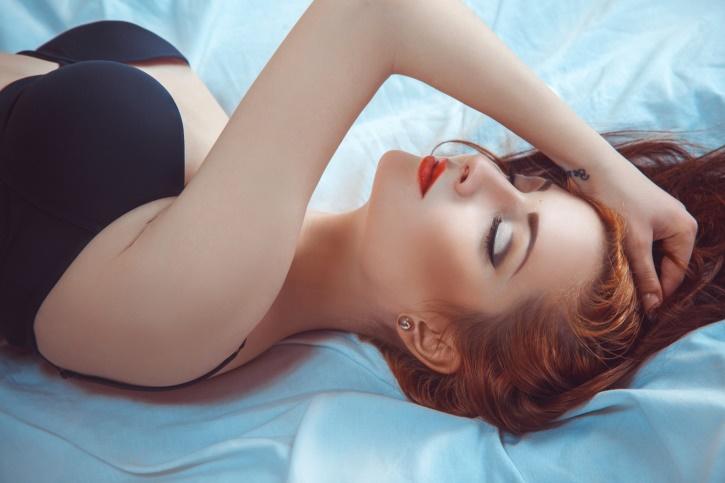 No, this woman is not a "whore." (Credit: ThinkStock)

Yesterday, Chris Noth—the actor who played everyone's favorite really bad boyfriend on Sex and the City—called the character of Carrie Bradshaw a "whore" in an interview.

"The relationship [between Mr. Big and Carrie] just didn’t work, and he went on to get married while she went on to . . . how many boyfriends did she have? She was such a whore! [laughs]"

Never mind how strange it is to conflate having a series of stable boyfriends with being sexually loose. It's disheartening to hear this derogatory term, however cheekily used, come out of the mouth of a male character from a show explicitly devoted to challenging said stereotypes about female desire. And for this reason alone, Noth deserves the veritable onslaught of critiques he's facing for engaging in some good ol' fashioned slut-shaming.

But here's the thing: He wasn't actually inaccurate in light of our modern day lexicon. Because the sad truth is, "whore" (and it's equally awful brethren, hoochie and slut) are the only ubiquitous and accepted terms we have in our contemporary vernacular to describe a woman who's had multiple sexual partners. In other words, we can attack Noth all we want for not using a better word, but . . . there is no better word. (And no—tart, floozy, tramp, hooker, hussy, trollop and strumpet aren't "better" either.)

Despite the sexual liberation movement, despite shows like Sex and the City, despite all the progress we've made, we're still saddled with a word rooted in "prostitute" and "harlot" to describe being sexually free; the linguistics haven't caught up with modern notions of female sexuality. Considering the power of language to influence attitudes and perceptions, perhaps it's time, in 2014, to come up with a new word for "whore"—so the next time someone wants to describe a woman who's had a few bedroom romps, and enjoyed them, they'll have a different word to use.

Fun word fact of the day: This is an actual, but little used, word to describe someone's female lover. And unlike "whore," it has positive etymological roots; it's derived from "amore," the Italian word for love. Not all sex is wrapped up in love, of course, but this at least accurately suggests that emotional intimacy is possible for women who sleep with multiple partners.

Plus, all those vowels rolling around in your mouth sound pretty nice, no?

As in: someone who likes sex and think it's totally OK. Like, you know, a lot of women. Simple, clean, to the point.

A nod to Virginia Johnson, the sex research pioneer who challenged stereotypes surrounding female desire, beginning in the not-so sexually-enlightened 1950s. As she's currently being depicted in the Showtime show Masters of Sex, this one has cultural resonance, too.

Think you can do better? Share some suggestions in the comments, or tweet them to @ravishlydotcom with the hashtag #TheNewWhore.