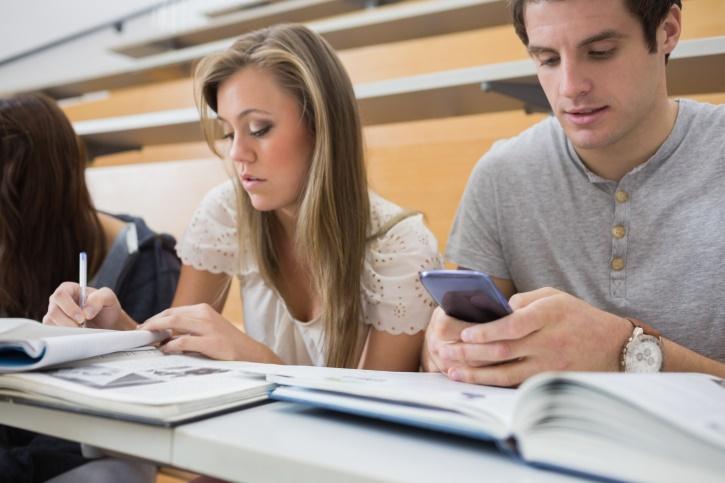 SHUT UP! It's for class! (Credit: ThinkStock)

Many adults wish they could return to their boozy, sleep-'til-noon, faux-empowered college days—and now, they have another reason to covet that retrospectively glorious time of life. Come spring 2015, University of Pennsylvania will offer an English course titled "Wasting Time on the Internet." Led by Professor Kenneth Goldsmith, it will be offered once a week for three hours, during which time students will "stare at the screen for three hours, only interacting through chat rooms, bots, social media and listservs." In other words, behave as the typical college slacker normally does.

But before decrying the state of education in this country, consider that there is real value to the class. According to the course description, this exploration is intended to serve as a vehicle for the study of literature and writing. Or, as UPenn puts it:

"Could we reconstruct our autobiography using only Facebook? Could we write a great novella by plundering our Twitter feed? Could we re-frame the Internet as the greatest poem ever written?"

Goldsmith says he wants to challenge the notion that perusing the Internet is a waste of time:

Is the professor right? Actually, sort of. True, there's a body of research to support the theory that the Internet is turning once-nimble minds into LOL-cat obsessed mush; studies have shown that the Internet hinders focus, complex understanding, creativity and (surprise!) productivity. Yet other social scientists and psychologists argue that the intrawebs foster improved visual literacy, enabling us to learn, in effect, an entirely new language.

The key, of course, is to use the Internet in the right way; to engage with it smartly rather than succumb to its lowest common denominators (or at least to avoid bottom-dwelling as much as possible). In this sense, the college class makes sense, as it's teaching students how to interact with the Internet in a more meaningful way.

At this point, colleges have probably caught on to the fact that their students will never stop "wasting their time" on the Internet. And if you can't beat em, why not join em?