"You Didn't Have To Kill Her": An Open Letter To The Parents Of Transgender Teen Leelah Alcorn 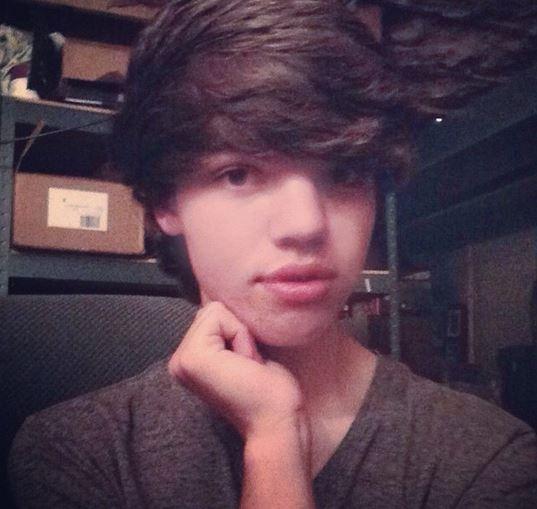 This past Sunday, Leelah Alcorn—a transgender 17-year-old in Ohio—wrote a suicide note and walked to the local interstate, where she was struck and killed by a tractor-trailer. In her note, she wrote, "The only way I will rest in peace is if one day transgender people aren't treated the way I was, they're treated like humans, with valid feelings and human rights." Before signing her name, she said, "My death needs to mean something."

This is an open letter from a member of the trans community to Alcorn's parents.

To the parents of Leelah Alcorn,

There is a writhing ocean of tears separating us now. It is formed from wounded offerings of countless pockmarked broken hearts, spilled in unison, all over the world.

There was a family waiting for your daughter—a vast network of audacious sisterhood.

She had a place—in our hearts, on our couches, at our tables.

You didn’t have to kill her.

If I had the strength, if one could merely wade through this woeful tide swelling between us, I would say this to your face: You murdered your daughter.

You broke and reset her, again and again, so that she would grow in the shape concurrent with the instructions you found in the Bible or your pastor’s sermon or wherever it is otherwise “good people” like you get the idea that anything, ever, at all, could ever be more important than providing your daughter a life worth living.

We are fettered by these far-reaching fathoms. It is midnight where I am—the mourning of your daughter marches on. I have emails from a friend in Seattle, texts from a vacationing girlfriend in Lebanon. What can they do? How do we heal from all this? There is, in the wake of your daughter's death, a swarming hive of hurt. Some hurt for your daughter and some hurt because they used to be your daughter.

And there are so many of you “good people,” parents who isolate their trans children from human contact, who beat them, who subject them to coercive conversion therapy and “troubled teen” boot camps. I have laid awake so late it became early again, hearing stories of mothers who tell their children they're too ugly and weak to become men, of fathers who sexually assault their own flesh to show them that womanhood is for prey. There is always someone at Christmas dinner who winces at the word "family," despite probably needing it the most.

You are, in this way, not aberrant—you are painfully average. But you had a chance to be a light where others have inflicted darkness.

You had a chance to actually live the teachings of Christ instead of reading them to yourself, wallowing in that grotesque gratitude that comes with believing in charity and sacrifice without ever being expected to perform it.

This was the most intimate and compelling thing she had ever learned of herself and you told her it was an embarrassment.

You justified your abuse by telling her that “God didn’t make mistakes”—how else would you describe two parents who bully their child into killing herself? And then continue to misgender and misname her in public space, as if you didn’t know that’s why she killed herself in the first place.

God may not be real; the blood on our hands definitely is.

I was a coward before. I escaped from the shackles of my mistreatment and never looked behind me. There was a generation of young trans girls, like Leelah, who needed women like me to be there for them, to be seen and heard by them, to show them that our lives need not be defined by the time it takes for us to die.

I fluttered and flinched; I was afraid that seeing young girls with such tenderness and promise would rile me with regret and shame at my own misspent youth.

I am over here, where it’s safe(r) and warm(er). But back there behind me, there are still people like you, straining to strong arm your childrens’ truth away from them. And as long as there are, there need to be people unlike you who will love and support your children.

Leelah is loved. My Twitter and Facebook feeds are replete with poetic professions from her sisters, lamenting that they never had a chance to know and support her. People are donating to trans mental health services, in accordance with her final wishes. There is even art of her.

You are not ignorant or aloof; you kept Leelah away from social media because you knew it had power to pry her away from your grip. There are hashtags (#JusticeForLeelah and #RealLiveTransAdult) collating the stories and intentions of the family that would have gratefully taken in Leelah, the tender queen who you denied mortal form, so that a future generation of gender variant youth will know that we are self involved and fuck up but still love them and want them to swing by our vegetarian potlucks sometime.

I understand you’ve received harassment and had your personal information leaked in retaliation for what you did to your daughter (i.e. drive her to suicide).

People like Leelah deserve a better community working toward a better world—and people like you deserve to not be a part of it, to have to watch love and healing from a distance.

The only other reasonable consequence would be for you to go to one of those wacky sitcom judges who prefers zany forms of alternative punishment and who’d like to see how you like five months without a phone or social media to keep touch with a world that practically requires an online presence to stay integrated into society.

But I’m not sure you would have learned your “very important lesson” by the end of it.

And maybe you don’t have to.

The people who love Leelah for who she was and was never allowed to be will do right by her. Her sisters will do better, with or without your remorse.

And you can fret on your little hill, worried about your reputation in your small community, as eyes around the entire fucking world flood chapped and swollen faces.

You might find God mistaken in their design of me, but I would have listened to your daughter. I’d have encouraged her to finish college. I’d have born witness to her anxieties, her fears, and her mistakes—and at no point would I have ever thought you were bad parents or bad Christians for letting her be herself.

I would have accepted you as you were: People who didn’t understand but did what they could.

Can you say the same for all the people whose opinions of you were worth bullying your child to suicide?

Thank you for bringing Leelah into this world.

I will never forgive you for taking her from it. And neither should anyone else.

If you like this article, please share it! Your clicks keep us alive!
Tags
leelah alcorn
suicide note
trans community
open letter to parents 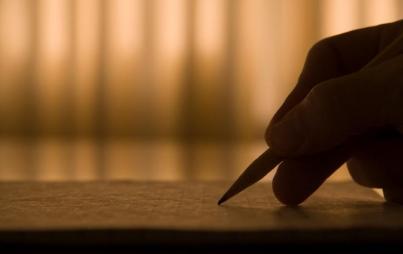 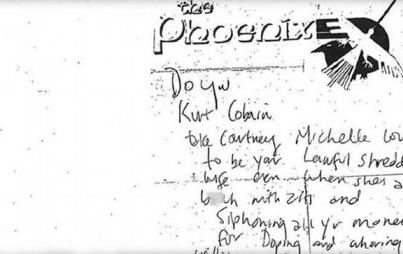 Kurt Cobain's Twisted Courtney Love Vows: What Do They Mean?