#TheresNoPerfectVictim—Or Truth To The Belief That We, As A Society, Care About Rape Survivors At All 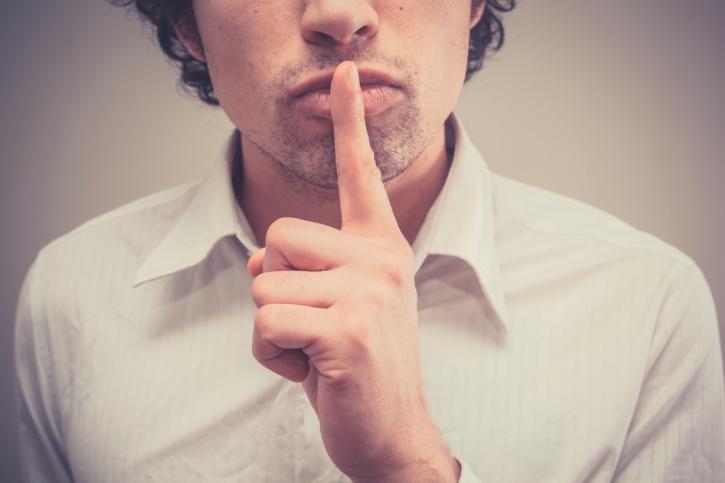 Something curious starts to happen when you begin writing about feminist-y things. Even with the teeniest heap of writing with your name on it, even at a brand-new (albeit ass-kicking) site, you’ll start hearing from people about your articles. There are the misogynistic trolls (who would be so much more tolerable if they were just honest with their intentions, ie: “Deep down I am a broken human who just, frankly, hates women so I hide under an anonymous egg avatar to lash out at those brazen enough to express views”). There are people cheered by your efforts, your existence, your words (thanks, y’all!). And there, overlapping in this category (and possibly—but hopefully not—the first…?) are friends, family, acquaintances—a whole host of assorted loved ones who are intrigued by what you’re doing (or at least faking it) and wanna discuss it.

And a lot of them want to chat about this big amorphous thing called rape culture—many of them well-intended cis, straight dudes who are struggling to get it.

This is where things get, shall we say, interesting. At least in my experience, they all want me to know that they think RAPE IS BAD. Sexually assaulting women? BAD BAD BAD. NO. We don’t do it and we don’t like it and rapists are, like, the worst. Add me to the “I think rape is bad column” in your feminist handbook, plz, because, as stated, RAPE = THE PITS.

And my responses generally seem to shock them because I usually say something along the lines of: I'm sure you believe you think rape is bad—and that's not nothing—but the cultural narrative you're consuming prevents you from understanding what rape even is and as a society, we lack any kind of meaningful empathy for victims of sexual violence.

Despite my friends’ flabbergasted expressions, their furrowed brows, their sputtering retorts, their inability to grasp the magnitude of the epidemic I’m trying to lay out for them, it’s true: No matter how many people try to tell me otherwise, culturally, we don’t empathize with, support, or meaningfully care about rape victims. And there’s evidence of this every day.

Tuesday, that evidence came in the form of Cathy Young’s Daily Beast article, an in-depth piece involving an interview with Paul Nungesser—the alleged rapist of Columbia student and anti-rape activist Emma Sulkowicz, who’s behind the Carry That Weight art project designed to visually capture the weight of sexual assault. Despite Sulkowicz’s tireless activism and the wide respect she’s garnered for her brave actions (even scoring a spot at the State of the Union next to Kristen Gillibrand), in her piece, Young thinks we’ve got this thing all wrong. She even goes as far as to say:

"This case is far from as clear-cut as much of the media coverage has made it out to be. And if Nungesser is not a sexual predator, he could be seen as a true victim: a man who has been treated as guilty even after he has proved his innocence."

Based on nothing but Nungesser's claims that it was consensual, classic slut-shaming of Sulkowicz, and the fact that she'd contacted him after the attack, Young pulled out the big guns and called him not only a “victim” but a true one—you know, *subtext* unlike that manipulative lying false rape accusation hurling [gendered expletive of choice here] Sulkowicz (who’s been hauling around a 50-pound mattress and the soul-crushing weight of sexual assault stigma for . . . grins and giggles?).

In the wake of this piece, activists Julie Zeilinger and Wagatwe Wanjuki launched yet another hashtag designed to awaken the masses to the realities of being a rape victim in our society—#TheresNoPerfectVictim. As with #RapeCultureIsWhen and #SurvivorPrivilege, among a host of others, this new hashtag sought to elucidate for the world the painful and psychological realities of sexual assault survivors.

Their message—and the message of others who participated—was filled with as much knowledge as compassion: There is no wrong way to be a rape victim.

In fact, this is all quite common.

The wave of tweets were accompanied by a number of think pieces and the—to be clear, extraordinarily necessary—regurgitation of facts on sexual violence and trauma. That as many as 95% of campus rapes go unreported. That high-profile rape survivors undergo heinous smear campaigns. That the tremendously violent notion that there is a right way to be a victim lives on and prevents any real progress on combating sexual violence.

These conversations, sadly, are far from overdone. In fact, I want to build a machine that throws up facts about sexual violence (eg, only 2-8% of rape accusations are false!) like a Bat signal and use it literally all of the time. I want everyone in the world to let the harrowing statistics of our society’s epidemic and all of the noxious narratives concerning victimhood sink all the way down to the soul.

Bill Cosby is still performing, while his former costar Phylicia Rashad is telling the world, concerning his multitudinous accusers, to “forget these women.” College football star Jameis Winston, who, by the way, echoed the Young's rape apologist sentiments when he made the egregious statement, "[T]he only thing as vicious as rape is falsely accusing someone of rape,” will go uncharged, despite a massive bungling of his FSU case.

Meanwhile, the #CarryThatWeight hashtag has been hijacked by rape apologists—men, women, and esteemed egg avatars alike—bolstering Young, a noted anti-feminist, and her article. They're calling it CASE CLOSED, Sulkowicz was LYING, the verdict in the court of public opinion is no longer open for discussion. You can spend some time perusing these hateful and ignorant tweets, but I wouldn’t recommend it. In essence, as it was with UVA's Jackie and countless others, any kind of journalistic misstep or word of the accused against the accuser is gold—so long as we can pat ourselves on the back and assure ourselves that it was just another manipulative, fake-victim out seeking attention.

It's all a microscopic slice of the victim-blaming and shaming pie that constitutes our culture writ large. As author Roxane Gay spelled out in her November essay "Bill Cosby and the rape accusers: stop looking away and start believing women":

"This is the ugly truth. Rapists make us less uncomfortable than rape victims. Predators demand so much less than victims; they aren’t as inconvenient. They don’t bleed or hurt or reveal their gaping wounds."

This is true. As a society, we don’t like rape survivors. They make us uncomfortable. We'd prefer to listen to those who champion accused rapists. As long as there's the tiniest, eensiest little crack in the facade of the story or the accuser (which, as we see time and again, is absurdly easy to conjure up), we can call it a day, chalk the hullabaloo up to some lies, still call rape "bad," and sleep well at night.

And not only are we complacent with the suffering of millions of victims, but there’s even a market for throwing them under the bus. Chuck C. Johnson has built up a name for himself by being a rape apologist, for hunting down and publishing details about a rape survivor (he, of course, has spent a good part of the past 48 hours trolling rape victims and even calling for a fake rape registry). Cathy Young went viral with her piece on Tuesday. So did Emily Yoffe with her article "The College Rape Overcorrection"—the New York Times' David Brooks even gave her a Sidney Award for it.

We eat this shit up.

There is a vast market for fist-pumping the status quo. To embrace our flawed society as is requires no bravery. It, in fact, requires nothing of us. It is easy—the epitome of laziness. But as often is the case, to be so lazy causes untold horror, trauma, and pain—and then re-triggers it all with each new rape apologist-centered media cycle.

So we can tell ourselves and others we think rape is bad all we want. But until we stare our sexual violence epidemic in the face, maybe it's better to shut up, listen, educate ourselves, and then make some changes.