"I'm Just Not The Bone-Littering Type": The Upsides Of Being A Failed Perfectionist 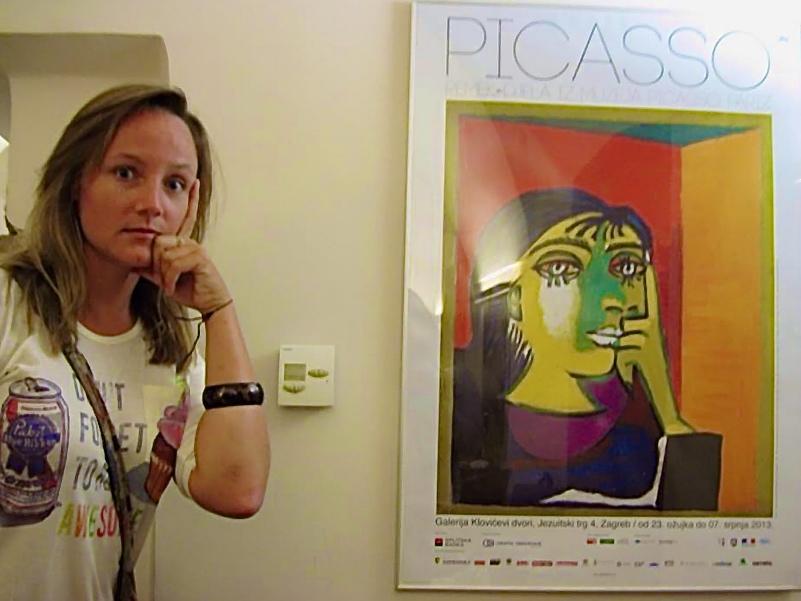 I’m just not the bone-littering type. Try as I might, I’d be unlikely to even get a baby to fear me. Or a Chihuahua. Or, hell, even a chickadee.

“My past is littered with the bones of men who were foolish enough to think I was someone they could sleep on.”

When I read these famed words from Michele A. Roberts after she was appointed head of the NBA players union last year, an electric current ran through me. Whoa, I remember thinking. Yes.

But then an equal aftershock of: Holy shit, that’s not me. At all.

And it never has been. As much as I would love to claim such epic bad-assery, for roughly 94.6% of my life, an equivalent quote about my life would be: “My past is littered with the fully intact bodies of men (and women) who’ve accurately perceived no repercussions for walking all over me.” Actually, it might even be most accurate to transform said quote into an apology: “Sorry that I’ve been such a fleshy mess to walk on! I’m sure it was lumpy. My bad. I hope my squishiness didn’t interfere too much with your stroll!”

While I’ve changed quite a bit in the past few years such that this quote no longer accurately reflects me, I’ll still never be—sadly—Michele A. Roberts. I’m just not the bone-littering type. Try as I might, it's unlikely I'll even get a baby to fear me. Or a Chihuahua. Or, hell, even a chickadee.

I used to think Perfect was my ticket out, that “success”—as measured by “prestige” (I guess?)—would save me. I strove to fit the mold I perceived others wanted me to fit. Endlessly. It was exhausting, looking around at everyone I knew, the messages I received from the media, from historical figures, famous people, fictional characters in movies and books, and try to be the spectacular speck at the intersection of it all.

And yet, as I had my eyes trained on everyone and everything, always looking over my shoulder and around—owl-on-amphetamines-style—and adjusting myself accordingly, I couldn’t always keep the real me tamped down. Despite my best efforts to adhere to some impossible universal measure of perfection, the real me snuck out in snide comments, neon shoes, absurd speeches.

Like the time, at age 16, in the heat of my perfectionism, I was chosen to represent my school at a statewide conference—“Green Mountain Girls State.” God, did it suck. The conference was supposed to be an exercise in governance but it felt like more of an exercise in How Far Teenage Girls Be Pushed Until They Crack Irreparably. The conference was poorly managed by out-of-touch octogenarians, desperately dull, with absolutely no perceivable value beyond its visual proximity to the state college men’s baseball team’s practices.

So when they told us we would be holding elections where the winners would be shadowing their actual counterparts in Vermont’s real government, it was a no-brainer that I would be launching a campaign—it was my ticket to freedom!

Given that the elected governor had to come back to the godforsaken conference the next year, and because Vermont’s lieutenant governor at the time’s last name was Dubie (um, awesome), I filled out the paperwork to run for lieutenant governor and began crafting my speech. For some reason, I was aware that Charles de Gaulle once proclaimed: “How can anyone govern a nation that has 246 different kinds of cheese?” This became the linchpin of my speech, which I inevitably just winged, unable to conjure up the energy to pour actual effort into preparation.

I spoke about what an honor it would be to represent the good young women of Vermont, how I would serve them dutifully, although I was humbly overwhelmed by how I would do this, aware that, as de Gaulle acknowledged, the range of cheeses before me in the crowd was so varied. But I was up for the challenge of representing them all! Of acknowledging their unique flavors!

To my great delight, the speech resonated, one girl jumped up and shrieked “I’m cheddar!” Others followed suit and as I went from dorm to dorm that night on my campaign, I was greeted with “OMG it’s the cheese girl! I’m totally voting for you!!”

I won by a landslide.

Unfortunately, Lt. Governor Dubie was out for the next day, so I ended up shadowing Vermont’s governor (who lacked Dubie’s noted pizzazz) with the elected Girls’ State governor. She peppered him with questions about economic policy. High off of my triumphant win, my deeply hidden “why the hell not?” attitude bubbling up, I inquired if he’d ever considered another career—possibly interior design? (The answer was a polite “no.”)

I’d have behaved differently at the conference had I gleaned it to hold any value, but no one I knew at the time was into it. So I thought I could at least spice it up a bit with non sequitur sass. But after my brief foray into "spice" with the governor, it was back to school, back to a head-down-gotta-be-straight-edge-to-succeed strategy. My prestige-chasing (and, actually, possible college application bullet point of having been lieutenant governor at Girl’s State!?) ultimately propelled me to and through a good college and landed me at a foreign policy think tank in DC.

Initially bent on “making it,” filled with unbridled and un-channeled ambition, my ability to color within the DC lines broke down. I felt like a clown in a business suit, hated the pointless bureaucracy of the organization, and simply lacked the shoulders for cardigans, DC’s unofficial dress code. Toward the end of my tenure, I’d drink at lunch just to give myself a tiny jolt, a tipsy nudge to remind myself I didn’t actually live in Pleasantville, that I was alive. By the time I was sassing former world leaders, I knew it was time to go.

As I jetted off to travel in Asia, the seeds were germinating. I couldn’t be everything to everyone. But I could try to stop with the frenetic owl life, the desperate seeking of approval, the stifling of what comes naturally: absurdity.

When I tap into the deep reserves of my soul, my authentic self wants to wear ill-fitting Angry Birds clothing and ask strangers to attempt Midwest accents. It wants to give people named Charlie the nickname “Charl Charl” because it’s so much harder to say—which is the exact opposite point of a nickname—and laugh hysterically every time someone utters the moniker.

So will I ever leave the bones of men in my wake? No. Never. This is a sad state of affairs. But! Not everyone can bring an auditorium of angsty teenage high schools to their knees with the deployment of a dead French statesman’s quote, either.

Michele A. Roberts may be a sharp cheddar and I a milder Muenster, but as de Gaulle recognized, the whole gauntlet is what matters. And that uniqueness, I’d posit, is worth fist-pumping.

There was a reason he was daunted at the prospect of ruling us all.