Women In STEM Begins With Girls In STEM: 7 Ways To Support A Generation Of Young Women 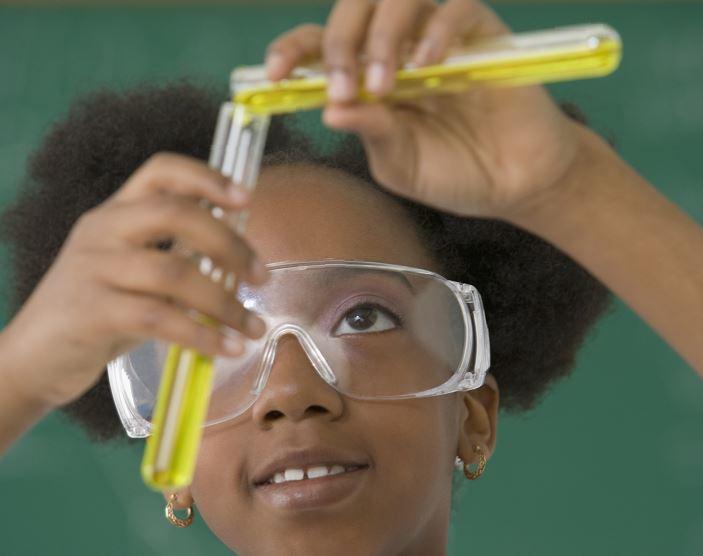 This is a guest post by Lexi Herrick, a contributing writer for Huffington Post Women who explores the intersection of technology and womanhood. She also works as a marketer for a global technology company. For more stories about women in STEM, check out our special Conversation series here.

If you're a woman and belong to the majority of women not employed in a STEM occupation, can you still remember the moment you lost a genuine interest or confidence in those subjects? Well, I can. I often claim to have always been dreadful at studying anything scientific, but that really isn’t true. In fact, I used to excel in the science—I loved everything about it. Until high school, that is. The critical years of shifting between a teenager and a young adult are a main culprit of young girls falling away from STEM.

When I first entered high school, it was one of the most tumultuous years of my life. I became engulfed in the web of social interactions and I started to identify less with biology than I did with a class like English, where I could work in groups and express myself more freely in discussions. These are just a few of the many factors that can extract young women from their interest in STEM, and some you may recognize from your own past. But this doesn’t have to be the case for girls in this evolving world; whether you're a parent, an educator, a leader, or just someone who cares, you can play a key role in supporting an upcoming generation of STEM-pursuing young women.

1. The first step is to provide absolute positivity about women in the STEM fields and about the scientific capabilities of women in general.

This constructive attitude should be projected in your regard for everything related to the subject, even your own abilities. Being vocally positive about your own power to excel scientifically, and about the power of all women, is crucial to shifting the overall mindset of young girls. Scientific studies are not typically an easy route to take, and your overall support and enthusiasm for all women, young and old, is fundamental.

2. Purchase toys and games for girls that encourage problem solving and innovative.

When you go to buy something for a daughter, niece or any young girl, it’s easy to be drawn to the “girl section” in the store. It can be identified by the bright pink and purple colors, and usually the assortment of dolls and dress-up. I’m not saying to avoid this section all together and purchase a black race car; I am merely saying choosing a toy or game that is associated with building and creating can be incredibly influential.

There are companies that exist—like Goldie Blox—that work specifically to make toys that are aesthetically pleasing to young girls and simultaneously stimulate engineering activity. Just making an extra effort to bring this kind of interest to the lives of young girls is very important.

3. Encourage group activities and competition among girls that are related to the scientific field.

This could be anything from a robotics competition to a science fair. Earlier I mentioned that when I was a young teenager I preferred the classes and activities that also provided a social situation where I could collaborate with my peers. Girls typically like to work in groups and can respond better to this kind of learning experience. Organizations like the Girl Scouts or even just entire female sports teams engage in fun competitions all of the time, so why not incorporate a social element to science competitions as well?

These women could serve as speakers or guests at a school or even serve as a role model by simply doing their job; choose a female physician for your daughter or niece, etc. Whenever an engineer, doctor or inventor came into my school to speak about their accomplishments, they always had one thing in common—they were all men. It seems like a small detail to just show examples of thriving women in STEM fields. But establishing a role model like that could be a crucial connection to instilling interest in a young girl.

5. If you are a woman working in one of the STEM fields, share your story.

In order for the schools to bring in female engineers or computer programmers to talk to students, those women have to be willing to participate. It is an honor to be able to represent women and their growing presence in the sciences; people want to learn about your tribulations and successes! You could make a vital impact on young people of both genders, and that is an opportunity that shouldn’t be wasted.

6. Advocate for the arts and sciences in the education system.

In the public school system the curriculum has unfortunately become very driven by standardized test scores. Schools are often pressured to obtain a certain level of proficiency from their students in specific subjects or skills that fall into the testing categories. While this does serve an overall purpose, it can also be venomous to the students’ capacity for creativity and innovation. Advocate for the existence of courses that encourage students to create. Fight for the arts as well as the niche science courses, like architectural work and engineering. If we are fighting for a world with more women in the science fields, we should also fight for a world in which more students are enabled to cultivate these interests at a young age.

7. Drive the conversation about girls and women in the STEM fields.

The first step to accomplishing any kind of change in this world is to start the discussion. We know for a fact that the fields of science, technology, engineering and mathematics are achieving remarkable feats. We also know that there are less women contributing to those successes than there are men. Every following generation of women has more of an opportunity to thrive in male-dominated careers and the potential of today’s young women is unprecedented.

We just need to start recognizing the importance of cultivating their potential. We want to create a world where men and women can equally contribute to technological and scientific advancements not only for the future of women, but for the future of humanity in general. Encouraging STEM for young females is beneficial to young males as well. It’s positive for all of us and that’s the point. A world in which both genders work together to create, innovate, solve and discover will be able to accomplish extraordinary things.

If you like this article, please share it! Your clicks keep us alive!
Tags
STEM
science
Math
engineering
conversation
girls
women
advice
statistics