My Fear Of Commitment Is Ruining My Life 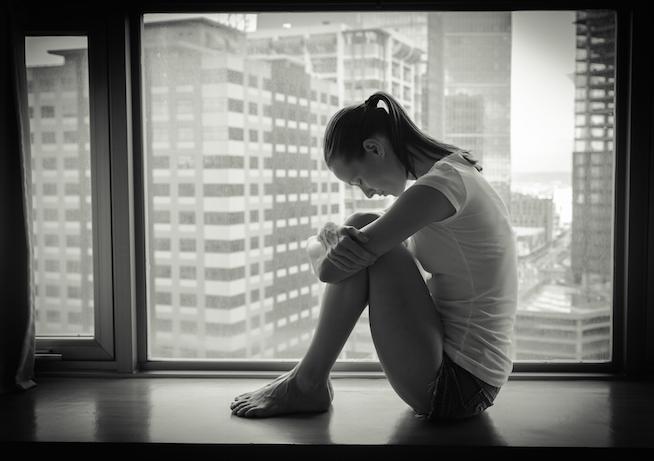 Looking back, I realized that my parents getting divorced caused me to have a lot of fear around commitment and also believe on some level that commitment isn’t possible.

For long time, I wondered why the people I dated, people I was friends with, and jobs I was taking on were temporary or weren't ever interested in a long-term commitment. It seemed like every opportunity I had was for a short-term assignment or position, every person I liked only wanted to date casually. It was incredibly frustrating, as I wanted to have deep, authentic, long-lasting relationships and career opportunities that would bring me job security.

But somehow, none of that was happening. I always thought these things were just flukes, but as I started to think a little more deeply about it, I realized that I was the common denominator here. So that could only mean one thing — I was the problem.

I was afraid that I was the one who was actually afraid to commit, and thus, everything coming back to me in life represented that fear. This was pretty shocking to realize at first, and I found it hard to not jump into that woe is me self-talk that often comes about when you find yourself being both the problem and the solution. But that’s the important thing here: I am the solution! That means I have the power to change this fear of commitment, but it also means that I’m the one who has to do the work. It doesn’t matter what people come into my life, how much therapy I do, or even how much I want to change...I’m the one who actually has to do the changing.

The first thing I usually do when faced with a self-creating internal narrative like this is find the source. Unless you go deep and discover where, what, who, and how your internal beliefs were created, you’ll just stay on the surface level of your problems. And trust me, no problems get solved on the surface level in the long run.

Looking back, I realized that my parents getting divorced caused me to have a lot of fear around commitment, and also believe on some level that commitment isn’t possible. Not really seeing my parents ever together (they split up when I was 5), commitment seemed like something that wasn’t really an option. Although almost none of my family on my mom’s side is divorced, my dad’s side is filled with heartbreak, breakups, and families torn apart. Seeing these two dichotomies made me appreciate the happy, healthy side and resent the broken side — many of these beliefs of which I unknowingly internalized as a child.

Now that I know the source, the really hard part comes: doing the work! Changing your beliefs! Finding a new way of doing things! I’m still in this state now, since a lifetime of habits isn’t reversed in a few days or even a few months. It’s frustrating, because I want to change, and see the rewards that can come to me by changing, but find it difficult to live by my new philosophy of commitment being possible in day-to-day life. I often make a promise to do something differently around commitment, be it sticking to a fitness plan or opening myself up to romantic possibilities, but find that, at the last minute, I end up running away.

As we speak, I am wrestling with a decision on where to live. I’ve been living nomadically now for about three and a half months and am ready to put down some permanent roots, especially as I’m probably about to go to graduate school (oh yeah, another commitment I’ve been dreading making!), I need some more stability. I’m in the process of applying for an apartment, but am now second-guessing whether or not I want to pull out in the midst of the process. I feel like whenever I get close to making a commitment, I chicken out.

I obviously don’t have all of the answers yet, but I can say that I’m working on finding them! For all of you fellow commitment-phobes out there, here are some ways you can work on changing your ways.

Many a commitment-phobe (including me!) thinks everyone else is the reason they don’t commit, when the problem is really themselves! Ask yourself who is really not willing to commit and be honest.

As I talked about finding my own internalized beliefs around commitment, it’s important to find yours. You can do this with a therapist or even by yourself, by asking: “Where did this way of thinking come from?” and dig until you find the very first instance.

Now, start working in slow, manageable steps to reverse your thinking. Commit to going to a yoga class once a week, meditating in the mornings, or even just taking a day off tomorrow. Do anything that forces you to commit, but won’t make the process seem impossible.

Check in with yourself periodically and see how you’re doing. What areas are you struggling with the most? What steps did you find easy? Identify the times when you’re most likely to give into your old ways of thinking and intervene. For me, it’s the moment right before the commitment is solidified.

5. Be OK With The Process

As I said earlier, this isn’t something that is reversed in a couple of days — it takes real work! Be content in the process and stay curious about it. Try not to stress about how long it will take you to get to the finish line, since doing this will only get you farther away from releasing your fears. Take it slow. Be OK with not being OK.

If you like this article, please share it! Your clicks keep us alive!
Tags
fear of commitment
dating
self-help advice