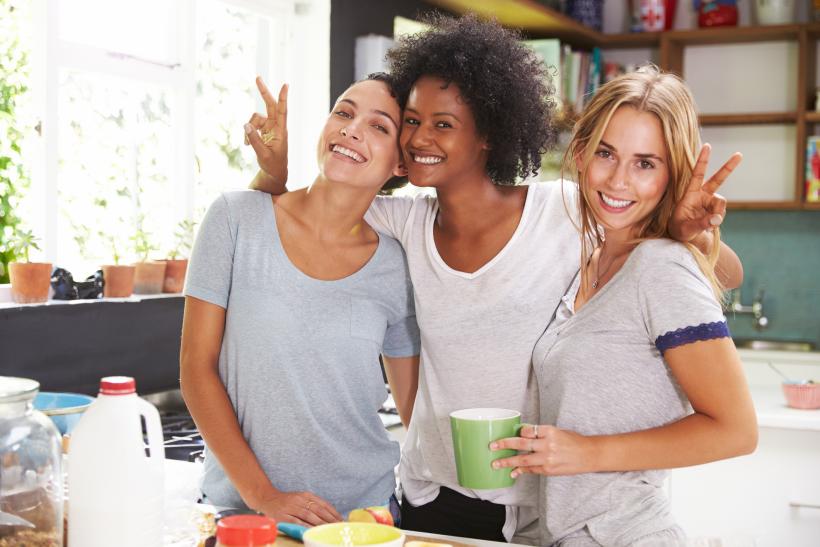 "Non-monogamy acknowledges the freedom that all those involved in romantic or sexual entanglements have and the importance of respecting those rights." Image: Thinkstock

So I haven’t really publicly advertised it, but I have been in an open relationship.

It took place during my senior year of college — I had one semester left before graduation and met someone online that I really liked and whom it made sense to date. There was one catch, however: he wasn’t down for monogamy. As in, he wasn’t ever going to go for a one-partner relationship.

I had known many people, and even had friends in college, who were in open and non-monogamous relationships. Things always seemed to work really well for them, and I had noticed that everyone was usually on the same page about what was happening in the relationship, which seemed to be a rarity, at least among straight couples.

I never witnessed passive-aggressive comments about when someone was going to pop the question, accusations of cheating, or misunderstandings about what kinds of kisses from other people were acceptable. It was an idea I was definitely familiar with and honestly, open to trying. So, I gave it and him a shot.

In some ways, the relationship sucked. There was a bit (OK, a lot) of an age difference between us, we lived about two hours away from each other and could only see one another on the weekends, and even though I was the younger of us, I was the one who was more financially and professionally astute.

But while the relationship had its problems, there were also a lot of positives that I’ve tried to take forward into my dating career.

These are the 5 biggest things I think monogamous people can learn from ethical non-monogamy:

1. Honest communication is everything and will determine the success of your relationship.

The key word there is “honest.” A lot of people talk about the importance of communication, and may even talk with their partner often about serious subject matters, but they won’t open up 100%; they will leave some things unspoken.

That creates tension and misunderstanding, since NOT laying it all out on the line means that you’re holding back in the relationship and not making your true feelings known. Since 99.9% of people aren’t mind readers, they can’t possibly know that something bothers you when you don’t address it.

Non-monogamous and open relationships require a huge amount of communication from all parties, since the structure of your relationship is going to truly be of your own creation.

I’ve found that in monogamous entanglements, there are a lot of expectations and preconceived notions about what it means to be in a relationship, that don’t require as much brutal honesty, if neither person wants to go there... which is often the problem. No one wants to bring that shit up.

But trust me when I say: talking about how your partner touching another girl's hand or failing to text you back after a night out with his friends makes you feel only strengthens your relationship and makes the boundaries that much more clear to everyone involved.

In my open relationship, my partner and I had to set specific boundaries and talk about levels of propriety constantly, as well as keep one another in the loop about other people we were in contact with.

This made it so much easier to be honest all of the time, because that’s how things were set out from the very beginning.

2. It’s completely natural to have feelings for other people.

A problem that comes about a lot in monogamous relationships is the quandary of having some sort of romantic or sexual feelings for another person — whether it’s in the context of a crush or someone that turns them on.

Jealousy is often a big deal in romantic relationships, as most of us have been taught that it’s normal to be possessive of our partners and demand complete and total devotion in every possible way.

Herein lies the problem. Expecting total 100% devotion and adoration is unrealistic. It’s just not how humans are wired, biologically speaking.

Non-monogamy acknowledges this and doesn’t create this pressure that often leads to relationship breakdown. It’s not to say that monogamy can never work or be done in a healthy way — but that even if you ARE monogamous, it doesn’t mean that your partner wants to leave you or isn’t attracted to you, just because they experience some kind of feeling for someone else.

3. People are not objects to be possessed.

These are all very typical statements that those in monogamous relationships make about their significant others, which are viewed as completely normal and acceptable, by most.

However, all of these sentiments imply possession... as in, someone owning you.

This kind of possessiveness creates dysfunctional, if not destructive, patterns in relationships.

When you feel as though you have the right to someone in that way, you’re going to be much more likely to justify controlling, manipulating, and possibly abusing them.

Possessiveness is the antithesis of freedom, rights, and self-efficacy; it implies your decision-making and right to exist belong to someone else.

Humans are not objects to be owned, no matter what the circumstances are or what kinds of relationships they're in. Period. End of story.

Monogamous relationships often breed this kind of possessiveness, because we’re taught that that’s a sign of love and adoration. In reality, though, this leads to unhealthy dynamics and, often, a lack of respect and boundaries between partners.

Non-monogamy acknowledges the freedom that all those involved in romantic or sexual entanglements have and the importance of respecting those rights. No one feels entitled to dictate another's actions or feelings, because they never thought they belonged to them in the first place.

4. One person cannot possibly meet all of your needs.

Shocking, I know, but there’s not a single being on this planet that can single-handedly fulfill all of your romantic, sexual, social, spiritual, and psychological needs.

However, monogamous relationships often assume this exact notion: that there’s one “soul mate” out there who totally and utterly completes you.

This false idea often creates impossible expectations for relationships, in that one person “should” be enough for you, or at least enough to give you what you need.

Or, conversely, that you can’t possibly be fulfilled or get your needs met if you’re single.

These types of expectations only lead to disappointment. They also create a lot of pressure in relationships. Talking about not feeling fulfilled or wanting more connection outside of your monogamous partnership is often seen as taboo and a representation of that relationship being dysfunctional... even if this understanding is anything but.

Non-monogamous and open relationships don’t make this assumption at all! In fact, it’s assumed that your needs can’t be met by only one person and that it’s completely normal, and healthy, to seek connections from other people.

Now, the boundaries around this are going to vary from relationship to relationship, but that’s the beauty of it — there’s no universal standard that everyone is expected to meet.

5. Relationships are about the journey, not the destination.

Relationships are more like an essay than a math problem, because they require resiliency and an ability to creatively transition from one stage to another, rather than always heading towards a final solution.

I often find that those in monogamous relationships (myself included!) look at relationship productivity in a very black-and-white sense: unless you can see yourself marrying or ending up with that person for life, the relationship isn’t worth pursuing.

I don’t at all understand why it’s so acceptable to buy into this extreme ideal, because relationships shouldn’t and can’t always be about the end point. It’s about the journey, not the destination.

Are you telling me you can’t learn or grow from being with someone that doesn't end up as your husband or wife? That a relationship can’t have any merit if it’s not a forever one? That everyone you ever dated before meeting your spouse was a mistake?

Of course not, because ALL relationships lead to some form of growth or development — that’s the entire underlying reason that we like to be in relationships to begin with!

I’ve become open to dating all kinds of people, even if I already know we’re not going to live happily ever after, because I value the connection that I have with people, rather than the final outcome.

My open relationship taught me this lesson, since I realized that you can be with someone, and be no less happy, even if that relationship isn’t anything close to a forever one. Always being focused on the end point means you miss so much along the way.

Before that, I was always wondering if I could picture X person as my husband, and if the answer was no, I wouldn't talk to them any further. But now, I see the lessons I can learn and the experiences I can have with someone first, and use those as my criteria for dating, rather than the unforeseen future.

In essence, non-monogamous relationships are all about being in the present moment, practicing autonomy, while connecting in the most organic way possible. That is what I see as the key takeaway that monogamous couples can learn from those who have multiple partners — relationships aren’t so black and white.

No matter what you decide works best for you, remember that you don’t need to live your life according to the unrealistic standards set by society.

If you like this article, please share it! Your clicks keep us alive!
Tags
polyamory
non-monogamous relationships
relationship advice
open relationships
monogamy 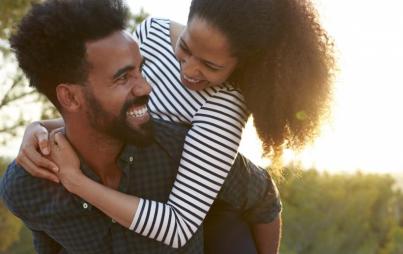