Growing Up With OCD 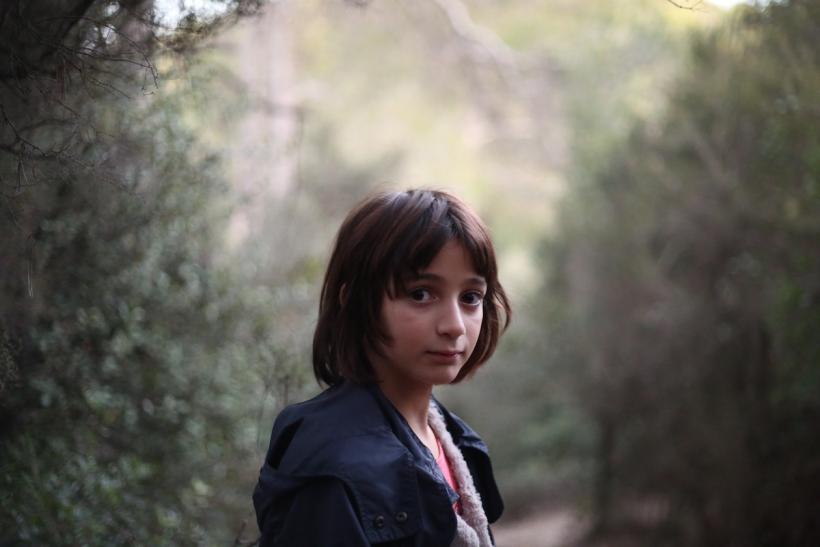 It took until my early 20s to learn I suffered from OCD, and that life didn’t have to be like this. Image: quimuns/Pixabay

At one point, I filled up my *NSYNC notebook with all the compulsions I did to keep my family safe.

I stood alone in my elementary school’s foyer, waiting for my mom to pick me up after school. She was 10 minutes late, and I had the overwhelming feeling something horrible had happened to her.

I don’t know why this day was different, but the dread that something awful would happen to my family or pets haunted me for nearly 20 years.

A year later I was still terrified, and I clung to my mom, sobbing, when she tried to drop me off on the first day of fourth grade. If I let go, my mom would drive home, crash her car, and die. I was so certain of it.

I couldn’t bear to let her go that day. After nearly an hour, the school principal and my kind fourth grade teacher convinced me to stay at school and let my mom go.

I got stomachaches almost every night because I worried so much. My parents thought it was the ice cream. (It’s never the ice cream.) I couldn’t express to them how scared I was — somehow, voicing my worry out loud would make the bad things come alive. And after my fifth grade teacher told me to stop being ridiculous when I cried because my mom was late picking me up, my silence on the matter was sealed.

So I started bargaining with the universe.

If my dad got home safe from work, I would do the dishes every night for a week or read three chapters from the Bible. If I said a prayer an even number of times every night, everything would be OK.

Rearranging the items on my desk could cause a meltdown, because any change might upset the balance of the universe and cause everything to come crashing down.

Some forks were safe to use, others were not. If I had my blankets in the right order, wore the right color shirt, and never wore “untested” new socks, then somehow the universe would stay in balance. At one point, I filled up my *NSYNC notebook with all the compulsions I did to keep my family safe.

It went on and on and took over my entire life. My roster of non-wearable clothing far outnumbered what I was allowed to wear. I couldn’t wear dark green because my rabbit died when I was wearing that color. I wore turtlenecks every day for almost a year. My alarm clock always had to be set to a number that ended with a zero or a five, but the microwave timer could never end with a zero or a five. Even rearranging the items on my desk could cause a meltdown, because any change might upset the balance of the universe and cause everything to come crashing down.

I opted not to visit friends at their houses — not that I had much time for friends. The fear of my parents getting killed driving me there or back loomed around every decision. I always went with my parents on every errand possible, pretending I liked the grocery store.

I couldn't listen to the radio and would cover my ears with my head between my legs on car rides to block out songs that talked about people leaving (which I equated with death).

Now I know all of this is called OCD.

It took until my early 20s to learn I suffered from OCD, and that life didn’t have to be like this. More to the point, though anxiety runs in my family and I’m not completely out of the ordinary, most people don’t live like this. Wearing a new pair of socks isn’t supposed to be an ordeal.

That’s where cognitive behavioral therapy came in, a therapy useful in managing OCD symptoms because of the skills-based approach.

Throughout the course of my work with a CBT therapist, I learned how to deal with the uncomfortable feelings of fear I had around losing people. She helped me slowly “test” all my obsessions and compulsions until I realized the world didn’t revolve around them. No amount of policing my dining utensils could guarantee the safety of anybody I loved.

Granted, I think I knew this, but I still couldn’t stop the compulsions without the guidance of a trained professional. I’m still sorry my adolescence got swallowed by fear before I understood that what I was experiencing was a disease hijacking my psyche, not reality.

I wouldn't say I am “cured,” but my OCD quirks no longer dominate my life.

I tell the universe to keep my cats safe every day as I leave my apartment and still tend to avoid using numbers that end in zero or five on the microwave. But I know now that I’m not dooming the world if I forget. I have the grounded awareness that sometimes life will throw unexpected things at me, and I will handle them as they come.

I can’t control the world, but I can make myself more comfortable living alongside fear and worry — while wearing any color shirt I want.

If you like this article, please share it! Your clicks keep us alive!
Tags
OCD
cognitive behavioral therapy
mental health
growing up
mental health awareness 2016
psychotherapy