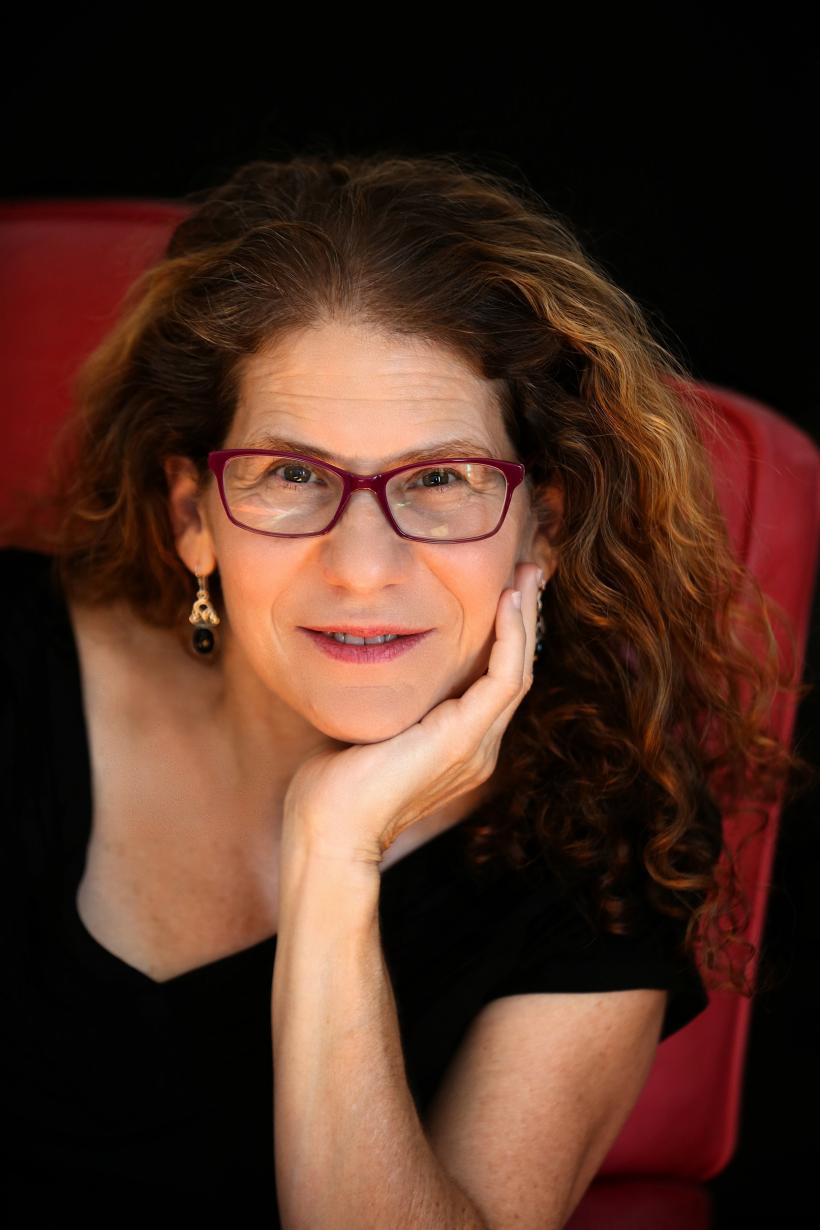 There's a common presumption that one is rarely able to master both science (technical, rigid, objective) and writing (creative, flexible, subjective). One woman disproving this perception—and deftly so—is Eileen Pollack, whose expertise fits neatly in the cross-section of these seemingly disparate fields.

At Yale, Pollack received a BS in physics; at the University of Iowa, she got her MFA in creative writing. Since then, she's published a children's book about AIDS; a collection of creative non-fiction; two creative non-fiction textbooks; and two novels, including the New York Times Editor's Choice pick Breaking and Entering.

Shrewdly, Pollack has also used her skills as a writer to reflect on her experiences as a female scientist. Her New York Times Magazine story "Why Are There Still So Few Women in Science?" was excerpted from a book, The Only Woman in the Room: Why Science Is Still A Boy's Club, set for release this September.

We caught up with the prolific Pollack to discuss gender politics and why she loves both writing and science.

How do the disciplines of science and writing influence one another?

Studying physics instilled in me an awe for our existence. I can't take anything for granted, least of all the fact that the universe came into being from nothing, that it's as vast and complex as it is, that we somehow evolved from a bunch of molecules and some energy. When I turned to writing, I couldn't take anything for granted about what it means to be human. Strangely enough, one of the writers I most identify with is Flannery O'Connor. She never wants her characters to take the miraculous nature of their existence for granted. Of course, she attributes that miracle to God, which I don't. But there's a similarity there (one I also feel with more secular writers like Nicholson Baker, who also seem to recognize the miraculous in the mundane).

Also, I was trained to think rigorously. I'm always asking myself what my fiction is saying at a more thematic level, whether what it's saying makes sense, not only emotionally but intellectually. I've tried to get away from that over the years, but that's just who I am. 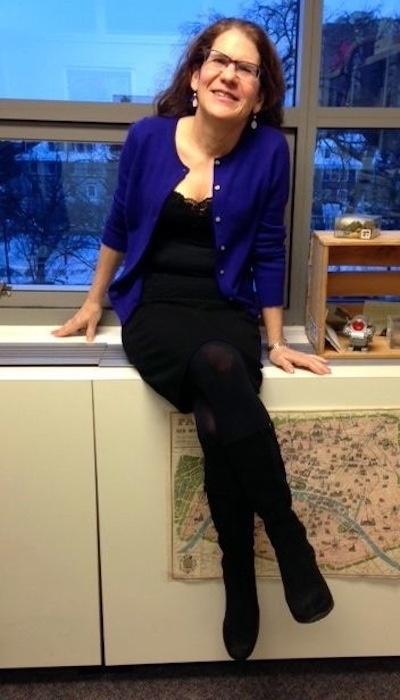 And, most obviously, I am drawn to writing about characters who are scientists, writing about the ways in which science affects the felt nature of our daily lives, how our day-to-day life on the planet differs from what life felt like 100 years ago, how our daily life is going to feel a hundred years in the future.

Your New York Times article, "Why Are There Still So Few Women in Science?" addresses issues of bias against women in scientific fields. How do you think we can get more women to pursue STEM work?

The book-length answer to that question, The Only Woman in the Room: Why Science Is Still A Boy's Club, is coming out in September (the article in the Times was an excerpt from the book). The short answer is that we need to change the culture so women and minorities can see themselves as scientists and mathematicians. We need to realize that girls require more encouragement than boys to pursue careers in science (or most other fields), that science and math professors who teach undergrad courses shouldn't be trying to weed out women and minorities who haven't yet acquired the background or confidence they need to succeed; they should be encouraging them to stay in the class and catch up on what they've missed. We need to make graduate school in the sciences more humane for everyone (and no, that won't lower standards), and we need to be more conscious of our implicit biases when we're considering whom to accept to PhD programs or hire or recruit or promote as professors or engineers.

How have your own experiences shaped this view?

That's exactly what The Only Woman in the Room is about—I use my own experiences to uncover the subtle psychological and cultural reasons that women aren't going on in the sciences in the numbers one might expect, even today. Then I broaden my inquiry to other women, trying to get them to share their narratives (with me and with each other, as well as with the many well-meaning male scientists who don't understand what it's really like to be the only woman in the room). But I also discuss the studies that social scientists have carried out to document gender bias and stereotype threat and the way all that works. Not surprisingly, the studies tend to bear out my experiences, and vice versa.

In the Times article, you wrote that "that the disparity between men and women's representation in science and math arises from culture rather than genetics seems beyond dispute." Can you elaborate more on the cultural forces that shape the gender politics of scientific work?

The toys that boys and girls are given to play with; the images they pick up from TV, movies, and books; the cues they pick up from parents and teachers; the impressions that girls receive in adolescence that no one will want to date them if they come across as nerdy . . . and on and on!

Has the writing world been more welcoming to you as a woman? And if so, why do you think this is?

Sure. I'm rarely the only woman in the room as a writer. But women aren't taken as seriously as men as writers, with rare exceptions. (Full disclosure: I don't take women as seriously as I take men, either. That's how gender bias works—it affects us all, male and female. Although I'm working hard to overcome that.) There are certain subjects women are encouraged or discouraged from writing about, certain voices they're encouraged or discouraged from using in their fiction. But I did receive a great deal more encouragement from my writing teachers than my science and math teachers, and it wasn't because I was a better writer than a scientist. The opposite. As far behind as I was as a scientist, I was even further behind as a writer, and far less naturally gifted. But my writing professors (all men) were far more supportive and understanding of who I was and why I lacked confidence. And it's easier to catch up as a writer than a scientist. 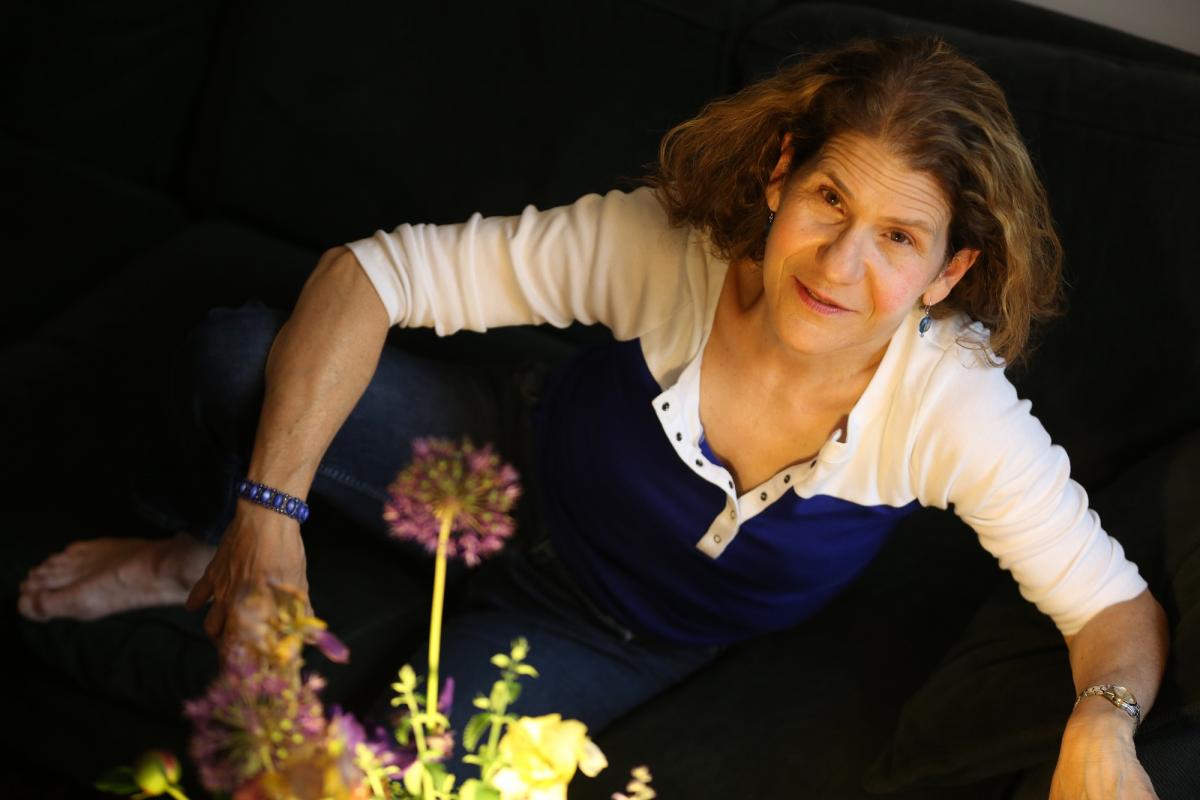 You're also an English professor at the University of Michigan. Do you think teaching writing has made you a better writer? How so?

To teach someone how to think about a certain issues of craft, you have to understand those issues in ways that aren't necessary if you're just bluffing to yourself. The first time I taught a fiction workshop, someone asked me what theme is and how it gets in a story. I had no idea! So I had to figure that out for myself. Before the next class! Also, the more I teach, the more bored I get with my own standard answers to most questions, so that's forcing me to go beyond the standard answers and see what I'm trying to accomplish in new ways.

What draws you to both fiction and non-fiction writing? What do you like about each?

I tend not to notice much about the world as I'm actually living, but I somehow remember everything from the past, with crazy precision. I'm not sure how that's possible, but in reliving my life, whether for fiction or nonfiction, I feel as if I'm finding the magic in every detail—people, places, objects, animals, events, gestures. We're here for such a short time, and I hate the idea that I won't be able to experience my own life fully; that everything I've experienced will vanish, be forgotten, after I die. So I want to relive my life in microscopic detail, paying the most exquisite attention, making sense of as much of it as I can. That's what I love about science, too . . . everything starts to glow with radioactive importance, everything connects, patterns emerge. I live for a good metaphor, that spark of X connecting to Y in an unexpected way. Nonfiction is for stuff that gets an extra glow because the writer can swear YOU HAVE TO BELIEVE THIS! THIS REALLY HAPPENED! And fiction is for when reality is a little disappointing; you need to invent this or that aspect of the story, shape the narrative more effectively, or simply protect a loved one.

What inspired you to pursue writing?

If you like this article, please share it! Your clicks keep us alive!
Tags
eileen pollack
science
Books
STEM
women