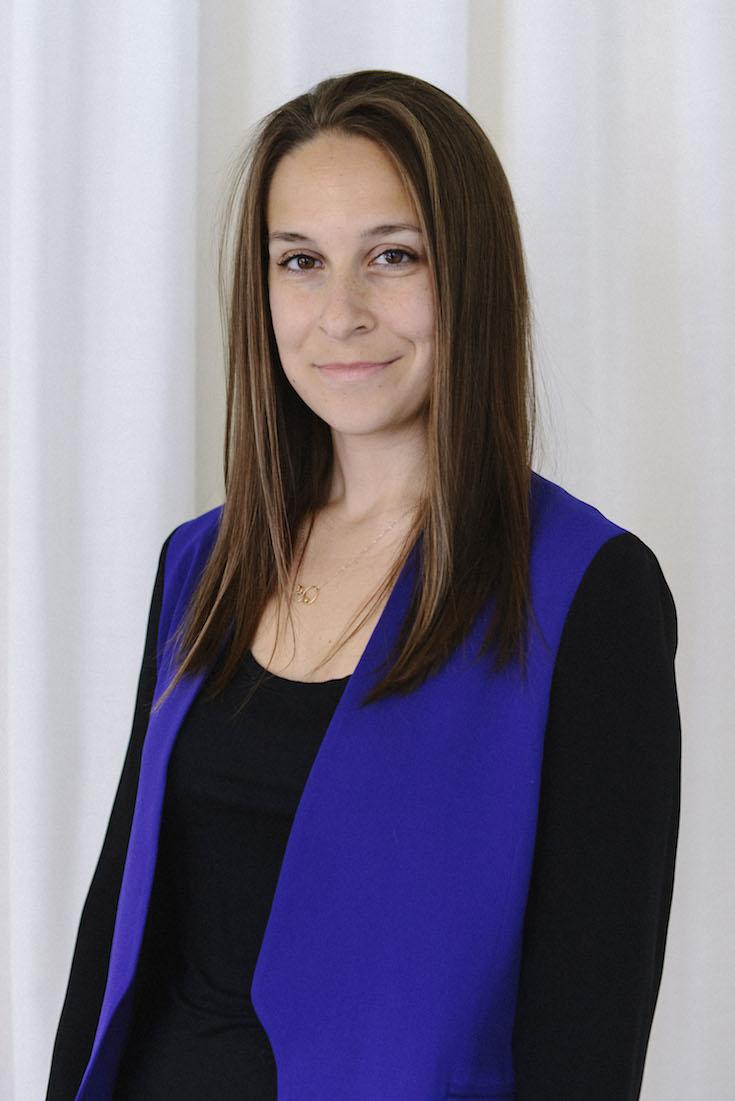 What is your definition of success? Think about it.

Kate Ward seems to have it all: She has an impressive background in journalism, she serves as the Editor-In-Chief at Bustle, she is featured on a little list you may know as Forbes's "30 Under 30", and, she's an expert in awesomely bad movies. With Ward's contagious passion and drive, it seems that there is no way to slow down this woman! We caught up with Ward to gain insight into her career, opinions on the startup craze, and, of course, to answer the age old question: "Do leggings = pants?"

1. Congratulations on making the illustrious "30 Under 30" feature on Forbes! Have your professional goals changed since you earned this honor? If so, how?

Though it was definitely an honor to be selected for 2015’s list — just one month shy of my 30th birthday! — my goals haven’t changed one bit. Prior to landing on the list, my focus was on continuing to build Bustle into the best site it could be. After landing the list, my focus continues to be making Bustle bigger and better every day. And, luckily, the incredible team at Bustle has helped me achieve that goal in spades, as we’ve built an amazing app, launched a fantastic video department, created three hilarious podcasts, and climbed to over 30 million monthly unique visitors since then.

2. You are incredibly accomplished, but the path to success is not necessarily easy. Think back to a time of struggle in your career. If you could go back to that moment and tell yourself something, what would it be?

It’s undeniable that the year 2008 was tough on anyone who chose journalism as a profession. Not only were we forced to watch our friends and colleagues get laid off (thanks to the recession), but many of us also found ourselves wondering whether we chose the right career path. After all, more than few professionals had told me that journalism was dying. If I could hop in a DeLorean and travel seven years back, I would have told myself to have faith in journalism, which was not dying, but evolving and becoming more interesting, thanks to a market that forced us to think more creatively. And to stop wearing leggings as pants. I would have told myself to stop wearing leggings as pants.

3. On Bustle, where you serve as Editor-in-Chief, you tackle a wide array of topics. Do you have a favorite? Why or why not?

That’s like asking me to name my favorite child! (Or, more accurately in my case, cat.) I actually consider myself the perfect Bustle reader, because our diversity of coverage reflects my own diversity of interests. My favorite thing about all of Bustle’s content is the fact that we try to reflect the interests of all women, regardless of their background, race, or sexuality. There’s literally something for everyone on Bustle, and that’s precisely why I’m not the only woman who loves it.

I love hearing about the latest political gaffe just as much as I love theorizing about whether or not Jon Snow is dead. Our sex coverage is an incredible mix of hilarious and illuminating, and I’m obsessed with our fashion experiments, which typically are not only interesting, but inspiring as well. And considering I started my career consuming literature — as the Editorial Assistant in the Books department at Entertainment Weekly — I can’t wait to read about the books I won’t be able to put down. We also write a lot about cheese, which is most ideal.

4. What is your relationship with feminism? How does this play into your professional life?

I feel incredibly lucky to have been raised by parents who taught me to never set limits for myself. Sometimes that took the form of eating one too many slices of pizza, but mostly, that advice helped convince me that there was nothing I couldn’t do and there was no position that I, as a woman, should box myself into. But they also taught me the importance of listening to others, no matter their age or rank. And, when it comes to feminism, that’s so, so important. It’s impossible for any of us to grow unless we open our ears and value the perspectives of those around us, who all come from different backgrounds. Listening not only makes us better as human beings, but it’s made Bustle better as well. We work in a collaborative environment in which senior editors and junior editors trade ideas regularly, and everyone’s opinions are welcome. It not only makes for a fresh site, but also for an awesome work culture. I couldn’t imagine being surrounded by a smarter group of women who inspire me on a daily basis.

5. Your Bustle bio states that you are an expert in bad movies. Can you explain this interest? Are there any awesomely bad films that we just need to see?

It’s true — there are few things I love more than bad movies. (Pretty much only cats and cheese finish above it, I think.) My mother raised me on Mystery Science Theater 3000, the cult Comedy Central series that riffed on some of the worst old movies ever made, from Pod People to Eegah, and so many more. Soon, I was obsessively watching Plan 9 From Outer Space, and of course I went to the theater with my mother (and only two other people) to see From Justin To Kelly in 2003. And now, I have a group of friends who get together purely to watch bad films, like The Room, The Happening, Winter’s Tale, and Jupiter Ascending. There’s definitely an art to a great bad movie. It’s an acquired taste, but sometimes there is nothing more satisfying than watching Mark Wahlberg inexplicably sing The Doobie Brothers while fighting a mass human extinction caused by vengeful trees. 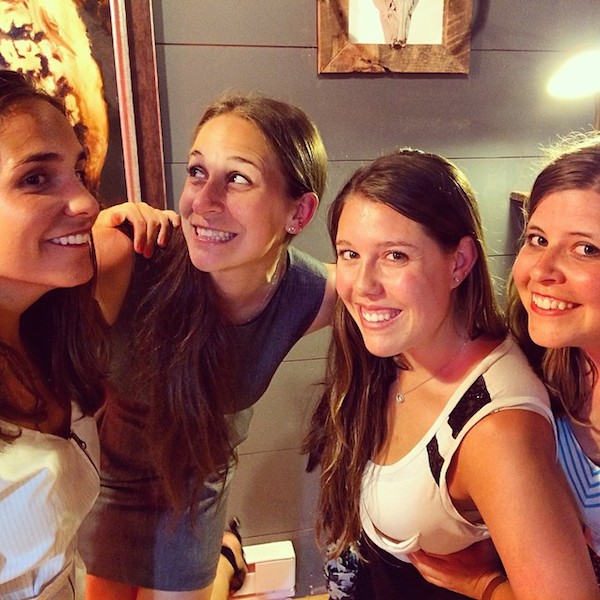 6. Currently you are Editor-in-Chief at Bustle. Previously, you offered your talents to Hollywood.com, Entertainment Weekly, and EW.com. Looking back, what are your proudest accomplishments at these publications?

I always like to look at my experience through a lens of what I learned, versus what I accomplished. Because I’m proudest of the minds I’ve been able to work alongside and the knowledge I’ve been able to soak up. At Entertainment Weekly, I learned from Karen Valby and Jeff Giles how to stay cool while interviewing celebrities like Paul Rudd (even while you’re sweating profusely); at EW.com, I learned from Mike Bruno how to juggle five breaking news stories at once while still providing readers with meaty, interesting content; and at Hollywood.com, I learned from Michelle Lee how to motivate a team while jumping headfirst into projects and initiatives you’ve never experimented with before. I’m blessed to have had so many mentors, and consider myself so lucky to have 40 editors at Bustle who I also learn from every day.

7. As a teen, you participated in Northwestern University's Cherub program for journalism. How did this experience shape your future?

There is no one thing that prepared me for journalism more than the Cherub program. A five-week intensive writing camp with approximately 80 incoming high school seniors, the Cherub program pairs its students with instructors from the industry, diving deep into not only the fundamentals like AP style, but also into reporting and ethics. It’s the closest thing to a career in writing one could get — you live and breathe journalism 24/7. I’m serious when I say Cherubs changed my life, and not only because it helped me realize that I loved media as much as I thought I did when I joined the junior high newspaper at 14 years old. Cherubs is also where I met some of my closest friends — one officiated my wedding, while another was my maid of honor. 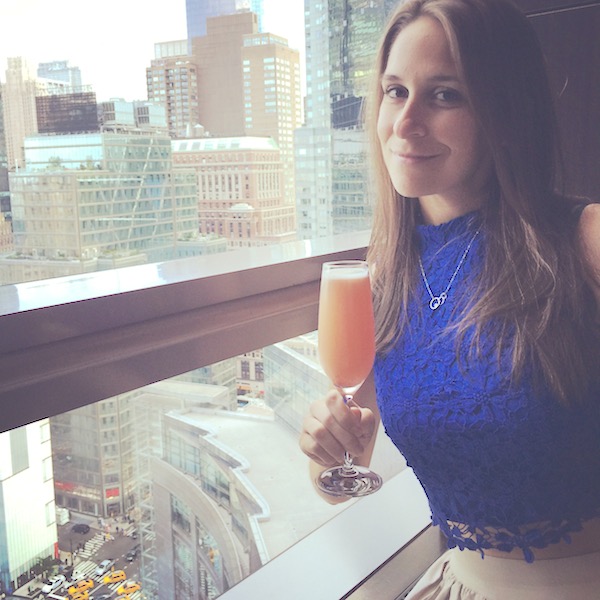 8. Bustle is a startup, as is Ravishly. In general, the startup craze is great for much needed job growth. However, many of the venture capitalist firms that fund these startups are not seeing the return on investment that they predicted. Some expect to see the startup sphere crash, akin to the dot-com bubble burst of 2001. What are your thoughts on this prediction?

In media, we’ve confronted skepticism before — just see my words from earlier about 2008. But I think the most important thing is to continue to challenge ourselves to be flexible and creative as we continue to grow. As long as we evolve, and as long as we refuse to get comfortable, we’ll be able to avoid any of the pitfalls that some might be predicting. There is simply too much talent surrounding me to be anything but optimistic!

9. Lastly, what books are currently on your nightstand?

It might sound bizarre, but in the last six months, I’ve been reading almost exclusively nonfiction about 20th century expeditions to the Antarctic. The first book I read in the genre was Alfred Lansing’s Endurance, a necessary read about Ernest Shackleton’s 1914 voyage for anyone looking to learn more about great leadership. I’ve since read David Roberts’ Alone In The Ice, and Hampton Sides’In The Kingdom of Ice. I’ve taken a break from the genre, though, to read wonderful books like Christopher McDougall’s Born To Run (incredible inspiration for anyone running a race of any distance) and Walter Isaacson’s The Innovators. And, eventually, I hope to carve out some time to finally, finally read the Harry Potter franchise. No, I haven’t done so yet. Please don’t tell my coworkers.

If you like this article, please share it! Your clicks keep us alive!
Tags
Bustle editor
love pop culture
best bad movies
media industry
future of startups
30 Under 30 interview