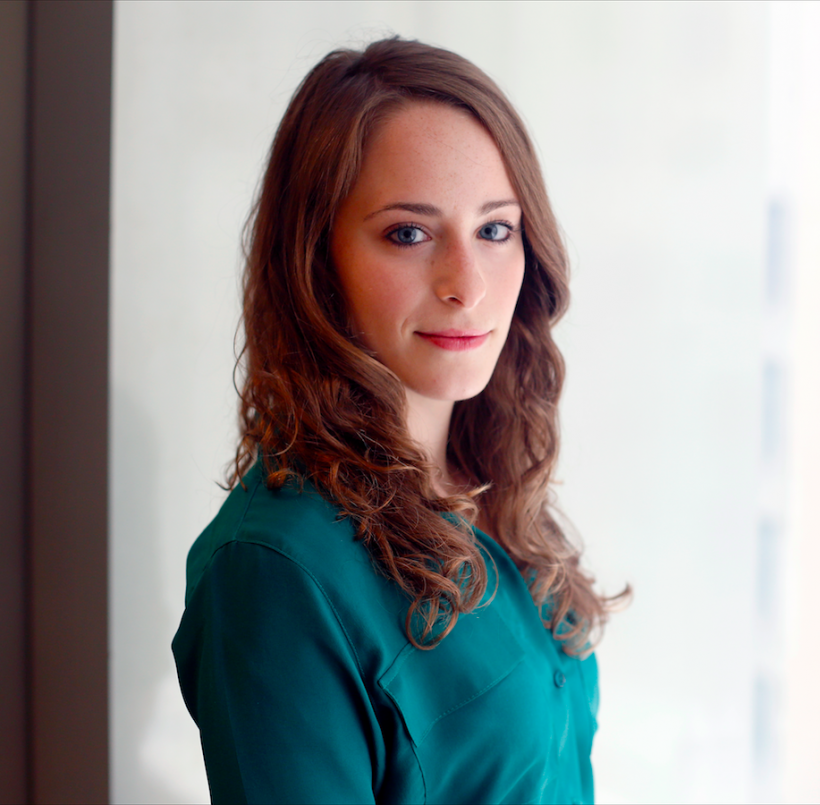 Having spent a chunk of time backpacking alone in Southeast Asia, I've tended to think of myself as the adventurous type . . . but then I heard about the incredible journey my former classmate Rachel Katz took throughout China, and I realized how comparatively tame my wanderings have been. Like, Rachel is a whole-other-level sojourner.

Rachel spent a year alone in China—hitchhiking more than 6,000 miles with Chinese truck drivers. When she was just 22.

With a passion for International Relations, a flair for the (extremely difficult) Chinese language, and a gift for writing, Rachel is now a consultant and researcher, exploring the intersections of industry, media, and culture all across the globe—using real (and real heartening) human tales to tie it all together.

And as she now crafts the stories of businesses and societies from the far corners of the world, her own story is unquestionably interesting and inspiring; just how does a 22 year-old American girl navigate the barriers of hitchhiking across China? Well, Rachel is about to take us along on her ride with her upcoming book, Long Haul: An American Girl, Chinese Truckers, and Unexpected Lessons from the Road. And lucky for us, she offered up a sneak peak of her tale—dishing on her inspiration for the trip, the challenges she faced abroad, and the process of packing it all into a book.

So you got a Fulbright to study the trucking industry in China . . . what inspired you to target that country/industry?

China had been a focus of mine for a while—in college I studied International Relations with a focus on economic development in China. I started studying Chinese my freshman year and found the language enchanting, which then led me to go to China in 2007 where I became fascinated by everything going on there.

The trucking topic was a little bit random; I wasn’t particularly into trucks before this project! As I looked at the key development issues facing China in the next decade, though, it seemed to me that transportation would be critical. China’s coast has become overcrowded and expensive, so the economy is moving into the interior of the country. As more people and companies move inward there will need to be transportation systems in place to move all those goods around, and most of China’s transport is done by truck. Trucks are also some of the biggest emitters of the particulate matter that clogs China’s skies. So I was interested to see: what did this transport system actually look like in central China? Where were the biggest problems? Where was the industry going? It seemed like there were not many people studying that.

And then once you were there, you just decided to start hitchhiking across the country with truck drivers? What dictated that decision?

I definitely did not plan to hitchhike when I initially wrote the research proposal, it seemed crazy! I spent my first few months in China really struggling with the challenges of being a foreign researcher. I wanted to talk to truck drivers and hear about their lives on the road, but as you can imagine it was not easy to just walk up to a trucker and start chatting. There was every kind of barrier—language, culture, age, gender, education, habits—everything. So I got really frustrated.

A couple months in, I started going to this truck hub outside the city where I was based. It was a place where long haul truck drivers came to look for loads that needed to be shipped out of the city to other parts of the country. After many, many visits to this truck hub and many, many painfully awkward interactions, I started getting to know a few drivers. And slowly, almost imperceptibly slowly, I started learning about them. I learned that they are extremely hardworking and patient people who spent almost their entire lives in a tiny truck cab with another man driving around China. I learned how hospitable they are: no driver ever let me buy a meal for myself. I started feeling comfortable around them. Then I tried a couple of short trips, then longer, and once I was confident with that, I took off. I ended up riding over 6,000 miles around central and southern China with over 30 drivers.

Can you talk a bit about what that was like? What was the hardest part?

Well, most immediately, riding in a Chinese truck for 30 hours is physically arduous. Sitting for that long; constant vibration and bumps in cheap, rattling trucks; stale cigarette smoke trapped in the cab; eating shrink-wrapped chicken thighs for dinner—it’s hard on the body. And the whole time I was thinking: I’m doing this for six months and these drivers are doing it for ten, twenty years. I quickly came under the impression that just living the life that these men live is a massive human achievement.

I also struggled with the isolation and loneliness that comes from being around unfamiliar people in an unfamiliar place. I was so far from everything I knew. On the road, I often traveled with groups of drivers all from the same hometown. I saw their communities and the comfort these communities brought them on the road, and, oddly, I envied them that. So you could say the drivers taught me a thing or two about the value of community and the meaning of home.

Any major takeaways from your time in China?

There were so many takeaways! Mainly, I think that the trip was a hopeful testament to the notion that almost any two people can come to understand one another, if only they are willing to spend the time trying. These drivers were different from me in almost every possible way, and by the end of it all, I felt like I knew them as fellow humans. It was an empowering experience, because it initially seemed impossible to bridge that enormous cultural divide.

In terms of learning about trucking and Chinese development, traveling the highways through China’s heart was sobering. We often hear about China’s bullet trains and see photos of skyscrapers, but there is a vast, vast country that looks very much like it did when Deng Xiaoping began reforming the economy in 1978. China has put a ton of money into infrastructure but has really lagged in terms of creating functional systems—legal systems, insurance systems, policing without corruption, for example—and these things cannot be fixed by building new highways or apartment complexes. So I believe progress is happening, but it’s slower than one might believe from reading the somewhat alarmist coverage of China’s growth in the western media.

Did your time abroad have any effect on your perspective/how you live back in the U.S.?

Entirely. For one, it instilled in me a very firm conviction that the best way to understand something is to go spend a lot of time with the people involved in whatever thing that is. I think businesses fail at this a lot; we aren’t willing to spend the time really getting to know customers, employees, factory workers, the people who actually do the work and buy the products. Many people have reached out to me about the trucking industry in China, and they are usually grateful that I do not recite numbers about the industry, that I instead tell stories about how people actually operate on the road. I think businesses should spend more time on this kind of research.

In terms of my personal perspective, new lessons from the experience continue to emerge every year, and I imagine they always will for the rest of my life. The memories sit in my mind next to my current experiences, and the contrast informs the way I see the world. One of the most basic lessons was simply about the extent of human kindness and the great potential for empathy to carry us places we never thought we could go. The drivers and I worked to understand each other, to remain curious, to consider the world in a new way, and because of that a 22-year-old American girl could travel safely across China in trucks. Empathy is very powerful.

Now you're working on a book covering your experiences. Can you describe that for us?

The book has been a huge challenge and a ton of fun! I have all these journals full of notes from the road, and re-reading them brings back detailed memories of specific moments in the cab: when a driver showed me a photo on his flip-phone of his son giving a peace sign to the camera, or when another driver cleaned a tiny spot of dirt off the outside of his truck with a Kleenex. It has been a wonderful experience to go back through and has helped me process the experience and understand it better for myself.

The book is a narrative nonfiction account of the trip with elements of immersive journalism and elements of memoir. I hope to provide readers with an intimate look at life in central China. I want them to come away feeling like they understand the country a little better from the perspective of people who live there, rather than as a threatening, faceless, rising power. The book also follows my personal journey as I went on this challenging and life-changing trip. I believe my efforts were in some ways guided by a Thoreau-esque philosophy: what can we learn by stripping away all of our known life and going out to sit directly in the world for a while? Is this a valuable activity or is it a narcissistic activity? What can adventure teach us about the world and ourselves? These are the kinds of questions that the narrator considers throughout the story. I hope that by the end of the book, readers will feel just a bit more inclined to take a risk and venture out into the unknown.

If you like this article, please share it! Your clicks keep us alive!
Tags
china
adventure
Books
business
development
international relations