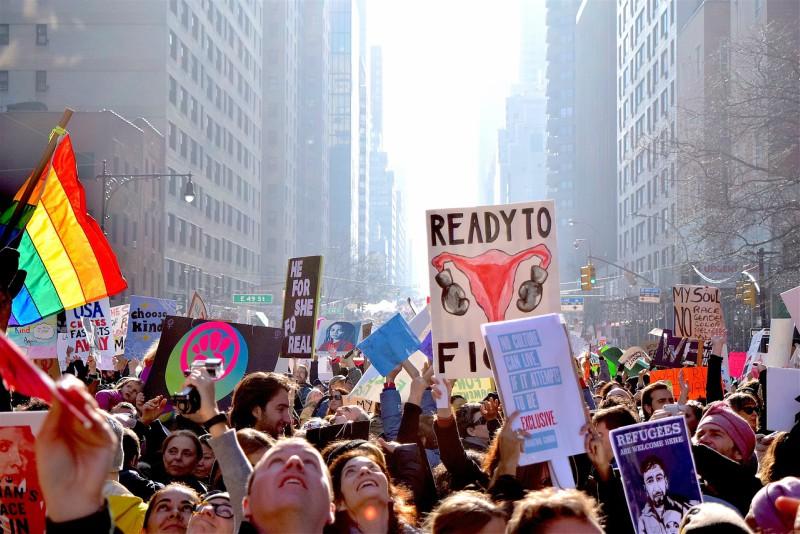 A new Arkansas bill H.B. 1566  (The Tissue Disposal Mandate) states the following in regards to a woman requesting an abortion:

Under the guise of embryonic or fetal tissue requirements, require notification of the woman's partner or other family members and effectively allow them to block her abortion.

So, what exactly does this mean for women in domestic violence situations or those who have been raped?

According to RAINN (Rape, Abuse & Incest National Network), every 98 seconds a person is assaulted AND on average, there are 321,500 victims of rape and assault each year.

Please let that sink in.

This bill has the potential to make life so much worse for an already emotionally, sexually, or physically abused woman because bodily autonomy no longer exists if you have a vagina.

How do these men (because it's always men who make the rules for women, right?) believe it could be possible for a rape victim to reach out to her rapist and nonchalatantly explain that she needs an abortion.

If this rapist or abuser is against abortions and doesn't want a child, he may beat the living shit out of the woman to cause a miscarriage. This could absolutely result in the death of the woman too.

Because let's be real: you can be all holier than thou about being pro-life, yet still beat the woman who makes you breakfast every morning.

I'm going to get personal here for a moment; this isn't just about being a feminist with the wish that we are all created equal and have the right to make decisions about our own bodies. This is real life.

In the early 2000s, I was raped. When I said no to sexual intercouse, I was given a choice: Sex or his knife. I chose sex in fear for my life.

I was "lucky" in the sense that I wasn't physically hurt and that a baby wasn't created in that moment. But the emotional trauma still haunts me today.

When asked why I didn't tell anyone about the rape (being subsequently made to feel guilty for not doing so), I explained that this man knew where I lived and would have no qualms about hurting me or my family.

Years later, his name was the headline in my local paper. He had killed his wife in front of his two children, then killed himself.

THIS is the situation this bill would be putting women in. THIS is the outcome that could occur if women are forced to endure more time with their abusers.

When women and their supporters march for equal rights, we're told that we're liberals with no job or morals. We just want to make trouble.

The opposite is true. We are women who have been hurt and want the same rights as someone with a penis.

Why is that so hard to understand?

Why is that so hard to make a reality?

The ACLU is currently fighting the bill in hopes of making change.

Because if we need anything at this time in our society, it's change.

If you like this article, please share it! Your clicks keep us alive!
Tags
Rape
domestic abuse
domestic violence
abortion