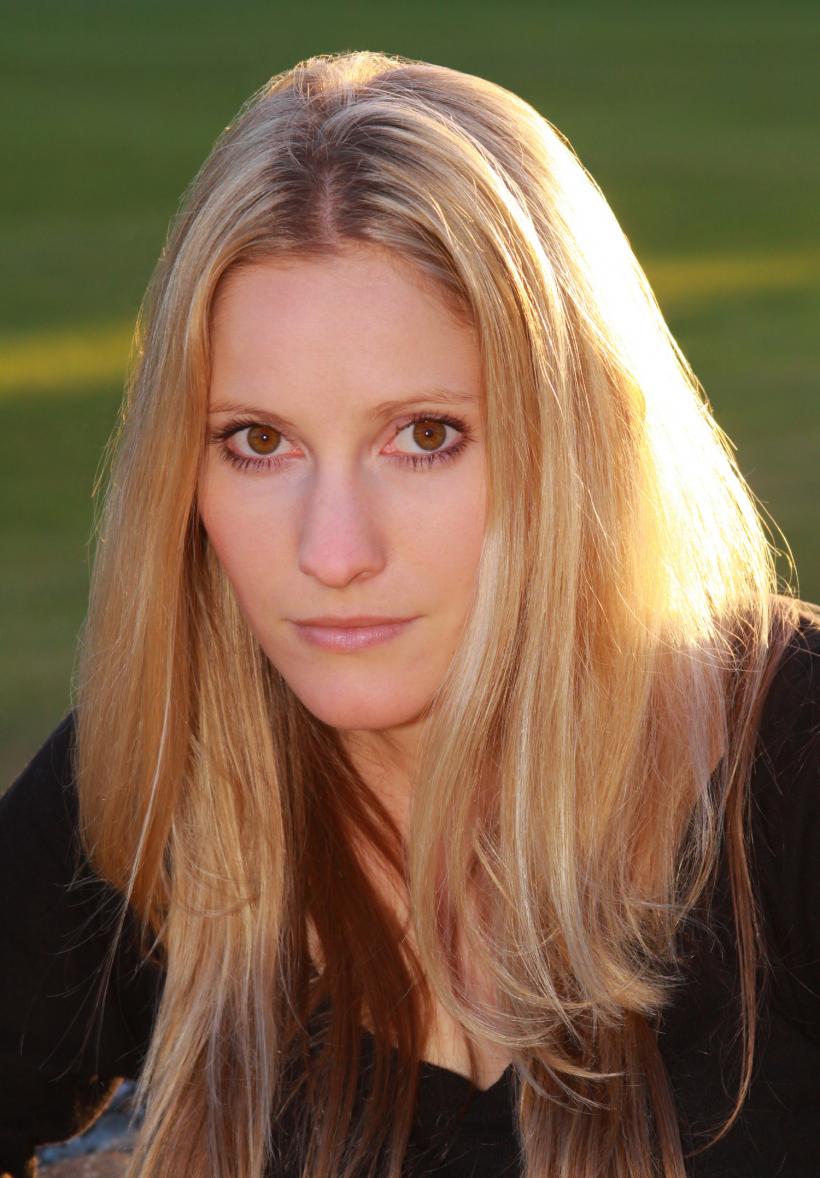 “Above all I wanted the book to give a faithful flavor of the hundred thousand voices and their collective message.”

Let me tell you a story: once upon a time (actually it was like 2 years ago, but whatever), I was a high school senior sitting in my art class.

We had a substitute teacher, a man who looked like the kind of guy who would do this sort of thing. I was sitting at my table, which happened to be separate from the general classroom to accommodate fourth-year art students working on their Open Studio projects.

The sub took this as an opportunity to stand right up against my chair and talk about how beautiful I was down the back of my neck. He paced around me the entire class period, and then took it upon himself to expound upon the beauty of the portrait I was drawing, taking the time to go over the merits of each facial feature in detail. He asked me if it was a self-portrait. It was a picture of a Syrian refugee — I had the reference photo on the desk.

The worst part of this story is not that this happened in a school, or that this man offered me candy as I left class. (I cannot make this shit up.) What breaks my heart every time I remember this is that I had absolutely zero intentions of reporting it. Only after a teacher urged me to go tell an administrator did I speak up. I had already accepted the fact that no one would do anything about it.

Laura Bates is doing everything in her power to make sure girls grow up in a world where they know what to do with these stories — ideally, one where there are fewer of these stories to tell. She created Everyday Sexism, a platform for people to share their experiences with everything from street harassment to sexual assault, because it all happens every single day. After receiving more than 100,000 accounts from women and girls around the world, Laura has compiled the stories and lessons from Everyday Sexism into a book named after the project. Released in the US on April 5, 2016 (today if you're reading in real-time!), we were happy to chat with Laura about her work and experiences after starting the project. 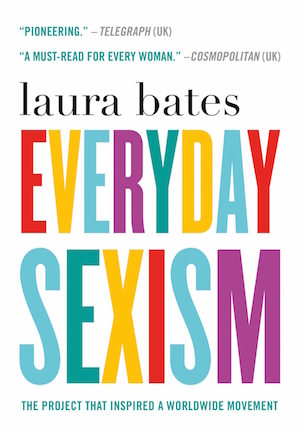 Can you tell our readers a bit about Everyday Sexism's origin story?

The project started after an awful week in 2012, during which I was followed home by a man aggressively sexually propositioning me and refusing to take no for an answer, shouted at by two men commenting on my breasts in the street, and groped between the legs by a man on the bus. What shocked me at the end of the week was the realization that had any of these incidents happened in isolation, I probably wouldn't have given them a second thought, because I was so used to this sort of experience — it was just 'part of being a woman.'

It made me realize how rarely I ever reported, or even just mentioned such things to anyone else. So I started asking other women and girls if they'd had similar experiences, and was overwhelmed by the response — every single person I spoke to had hundreds of similar stories, not just from public spaces but from the workplace, home, college, and elsewhere.

But when I started trying to speak up about the problem, people told me sexism 'doesn't exist any more' because 'women are equal now.' I was frustrated by the gap between the societal perception that we've achieved gender equality and the reality of women and girls' daily experiences. So I started the project to try and force people to see the true scale of the problem. I hoped that perhaps fifty or sixty people would share their stories, but instead 100,000 poured in from all over the world!

When did you decide that these stories needed to be compiled into a book? How did you decide on the mix of stories from the website and your own research and thoughts on the issues you say come up again and again in the submissions?

I had never really considered a book until the publishers reached out to suggest it, but I realized it would be a great way to draw out some of the most common repeated themes from the project and to provide a succinct overview of what women are facing in 2016. Nobody has time to read all 100,000 stories we have collected, so I wanted to break it down into sections and analyze the different ways in which external forces like media and politics contribute to the problem.

I knew I wanted the book to contain a lot of research and analysis, because I wanted it to be different from the website, which is very raw and simple in its approach. I also hoped to reach a new audience who might not have come across the project online, and I was aware of the skepticism with which anecdotal accounts are sometimes met — I wanted to make sure there was enough research and statistical evidence in the book to back up my arguments.

In terms of which entries I wanted to use, I tried to choose those which represented hundreds of similar stories — so the book gives a flavor of the issues which are impacting thousands of women every day. On the other hand, it was also very important to me to include stories which might be more specific to a particular group of people — like the experiences of women facing not only sexism, but also sexism combined with racism, ageism, ableism, homophobia, and transphobia.

Above all I wanted the book to give a faithful flavor of the hundred thousand voices and their collective message.

What was your research process like for writing the book? How did you go about organizing it into distinct sections?

The separation of the book into the initial chapters and themes was quite easy, because when you've been moderating the project entries for years, the same themes emerge over and over again, and the different areas of the problem become quite clear and distinct. Then I carried out a lot of interviews with teenage girls, women in politics, and others to add extra first-person testimony to the statistical research I'd done.

Finally, I searched through the project database to add in Everyday Sexism entries that highlighted and exemplified different areas of the problem.

A lot of people think of "everyday sexism" in terms of street harassment, but it's also true that rape, assault, abuse, and systematic oppression are just as much everyday experiences of sexism as a catcall. Was that something you knew going into the project or something you learned from it?

I think a little of both. I always intended the 'everyday' part of the project's title to have a double meaning — it simultaneously alludes to the low-level nature of the 'minor' instances that society often ignores and excuses, but also refers to the fact that offenses such as sexual assault and rape are happening on a daily basis, too.

But I don't think anything could have prepared me for the sheer volume and severity of the entries we received. I initially expected to receive a lot fewer entries about sexual abuse and domestic violence, and more about things like street harassment, so it was definitely a shock to read through thousands of stories about what women and girls are dealing with in their own homes every day. I feel like those entries are very important, because one of the silencing statements you hear very often when you try to talk about gender inequality in the US or the UK is that we shouldn't make a fuss because women 'elsewhere' are facing much more serious problems and we don't know how lucky we are.

Apart from the fact that this is simply a form of silencing and there's no reason we shouldn't tackle all forms of prejudice, I also feel it is really important to try and get people to realize that we are seeing an epidemic of the most 'serious problems' of sexual violence right here at home as well. Three women every day on average are killed in the US by a current or former partner — a shocking statistic.

How can we help people understand that the small instances of sexism we're accused of "taking too seriously" are intertwined with the bigger things we don't take seriously enough?

That's one of the arguments I really wanted to make with the book — to walk the reader through all the different areas of the problem, which are so often presented as separate issues, and demonstrate how closely interconnected they are.

How can we expect women to be respected in the workplace if their bodies are fair game for harassment and abuse in public spaces? How can we tackle the under-representation of women in politics without addressing a media that judges them on their looks and relationships instead of their policies? How can we take on rape and sexual violence without battling the victim-blaming attitudes that embolden perpetrators to act with impunity and teach victims they will not be believed?

How has your work with Everyday Sexism impacted your everyday life?

In many ways it has had a wonderful impact — I now get to focus full-time on something I feel hugely passionate about, and I'm very lucky to be able to work with young people in schools and universities, with politicians, businesses, police forces, and with bodies like the Council of Europe and the United Nations to try and tackle gender inequality — so my work is incredibly varied and rewarding. On the downside, I receive hundreds of very graphic, detailed and abusive death and rape threats, which was not something I ever anticipated and takes a real toll — it's a problem I don't think we have yet got to grips with as a society and it is very hard to deal with. But for every threat I receive, there will be several messages from women saying the project has helped them feel less alone, or given them the strength to report sexual assault or workplace discrimination for the first time, or a teenage girl who says she and her friends stumbled across the project on social media and have now founded a feminist club and started standing up to sexism at school. Those stories help you keep going!