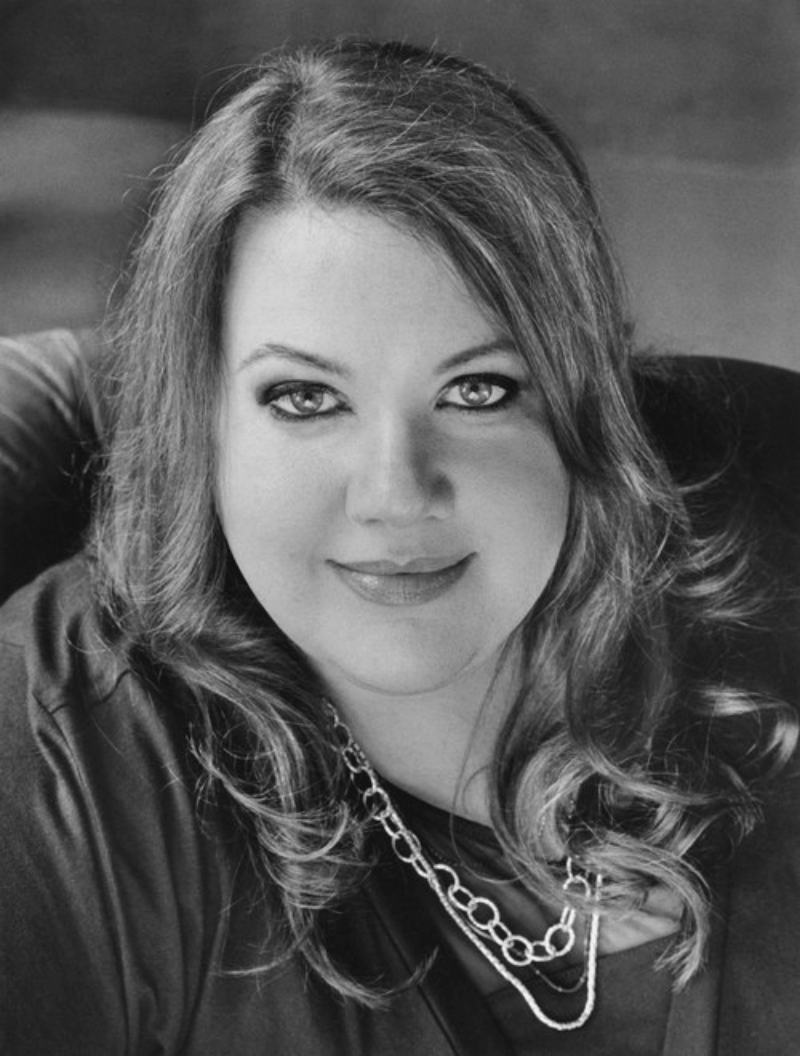 When it comes to the seemingly infinite list of Things That Make Me Nervous, stories featuring a fat female protagonist rank higher than old people giving long prayers, but still lower than most Will Ferrell movies. I've been burned too many times by tired tropes and shallow pizza jokes to walk into a story about a fat lady without feeling a mild sense of dread. When I see a fat woman in popular culture, I brace for impact.

Sarai Walker's Dietland was no exception. Even with recommendations from good friends, I entered Dietland fully prepared to come face-to-face with yet another representation of fat bodies that either exploited body politics, mocked fat women, or both. But then I met Plum.

Plum is Dietland​'s fat woman protagonist, and I've been waiting to meet her my whole life. She's a clever mix of Jane Eyre, Bridget Jones, and Beatrix Kiddo. And she's fat! Did I mention that yet? She's fat and she's awesome, and I love her. I love Dietland as a whole, really. I'm by no means the first person to describe it as "feminist Fight Club." There isn't much else to say that could possibly be more convincing.

Sarai Walker is whip smart, passionate about fat activism, and might just change the whole world. We talked about her academic background, why people like Plum need to show up in our culture more often, and how the magical, macabre world of Dietland came to be.

Let's start with the beginning: What made you want to write Dietland? How did you come up with the incredible uncanny valley, quasi-dystopian feel of the story?

I imagine people are sick of me mentioning Fight Club in interviews, but seeing that film provided the spark of an idea for a novel. At the time, I had no idea what the novel would be about, but Fight Club inspired me to think about creating something feminist, angry, and defiant. I felt there weren’t enough stories like that for women, and there still aren’t. My idea for the novel evolved a lot over the years, but that initial spark never left me.

As for the feel of the novel, I wrote a lot of bad stuff as I tried to develop that! I made several attempts to write the novel and kept failing at it, largely because I couldn’t get the voice and tone right. The novel mixes elements of satire, dark comedy, and noir with a heartfelt first-person story. It was a long process of trial and error to get it right, but grounding the novel in the voice of Plum, the heroine, is what eventually made it work.

You've done work for both Seventeen and Our Bodies, Ourselves, both of which seem to have had an influence on Dietland. What was it like to work in such seemingly disparate fields of women's writing?

I worked for teen and women’s magazines before I moved on to work at Our Bodies, Ourselves. That’s really how I think of it — as moving on. I know women’s magazines are being re-framed these days as champions of feminism, but as a fat woman who worked in the industry, I don’t see them that way. It was a wonderful experience to move on from that toxic magazine world to Our Bodies, Ourselves, which provided a nurturing, feminist environment, and which spread a body positive message long before it was trendy!

So many of the women in your book are badass lady academics, and you are one yourself! Why did you make academia such a large part of your characters' backgrounds and feminist politics?

I wrote much of Dietland while working on my Ph.D., so part of the reason is that I was immersed in that world. But more importantly, books have always been central to feminism. Historically, feminist ideas have spread thanks in large part to books, dating back to Mary Wollstonecraft’s A Vindication of the Rights of Woman. So it’s quite natural that two of the characters in the novel have written influential books about feminism, and that this is part of Plum’s awakening.

Plum battles with feeling both invisible and conspicuous in her fat body. Why was focusing on that particular experience so important to you?

This is the reality of being fat. Your large body is hyper-visible, yet at the same time, no one really sees you. If you’re fat, you’re dehumanized and ignored. As a fat person, you’re pressured to be smaller, not only physically, but in the figurative space you take up. In Dietland, I wanted to write in an honest, even brutal way about what it’s like to be fat, and this is a big part of the experience.

You talked about some of the more frustrating responses from readers of the book in past interviews. How have you dealt with the people more preoccupied with asking you to justify fat women's lives/health than with discussing the actual message of Dietland?

Most actual readers of the book respond positively, and often in a really enthusiastic way. I receive many heartfelt emails and messages that are very moving. The people who respond negatively usually haven’t read the novel, and they’re responding to media interviews with me or articles I’ve written about fat. These people, who try to derail any discussion about fat with their alleged health concerns, are suffering from what I call “Fat Derangement Syndrome.” It basically means that when their ideas about fatness are challenged, they become angry, defensive, and sometimes abusive. This includes trolls and bullies, but also people who consider themselves to be kind and well-meaning. Dealing with this response has been exhausting. Sometimes I get depressed by it. I’ve certainly had some low moments since my book was published. But the widespread ignorance and hatred just highlights how important it is to speak out, which is why I continue to do it.

What writers helped you form the feminist politics at the core of Dietland? Who did you read to develop your personal understanding of body acceptance?

As I mentioned, I wrote Dietland while doing a Ph.D., so I was already reading a lot of feminist theory for that, which ended up influencing the novel. What influenced me most was feminist theory about the social construction of femininity, particularly normative femininity of the body. What physical attributes are valued in women, and therefore make women valuable? Thinness, youth, conventional beauty, etc. This is quite complex, and there are issues of race and class involved. The most influential book about this for me was Sandra Lee Bartky’s Femininity and Domination.

I also attended Fat Studies conferences while I was writing Dietland, and this was life-changing for me. For the first time in my life, I was part of a community that values fat people, and that challenges toxic ideas about fat. There was no particular book or writer that influenced me the most; it was the community as a whole. But anyone interested in this could start with a book such as The Fat Studies Reader, or Virgie Tovar’s Hot & Heavy: Fierce Fat Girls on Life, Love & Fashion. The mainstream body acceptance/body positive movements often appropriate and water-down these ideas, which is frustrating.

If you could tell a young Plum anything, what would you say to her?

If a young woman is gripped by an obsession with thinness or any other body-related “ideal,” which in our culture is really about wanting to be desired and loved, it is very hard to change her thinking by offering advice. This is, of course, what I write about in Dietland. It’s a long process of coming to see your body differently. It’s about understanding why certain bodies are valued in our culture and others aren’t, and developing a feminist consciousness. This is why it’s so important to change the culture, to write books and make movies and television shows about women of all sizes who are fully human. We need diversity in media representation, with images of fat, happy women, which is about so much more than the token use of plus-size models in the fashion industry. These cultural changes can make individual change easier.

Any hints about new writing projects? We can't wait to read something else from you!

Thank you! Dietland is becoming a television series, so I’m excited for that to happen. I’m also working on my second novel. On the surface it’s very different from Dietland, taking place in the 1920s and having gothic elements, but at a deeper level, I think it’s similar. It explores women’s lives and gender roles in a bold way.

If you like this article, please share it! Your clicks keep us alive!
Tags
Sarai Walker
Dietland
Books
body positivity
fat positive
feminism