Gwen Stefani Give Us a Break, Please: Stop Calling Yourself "Chunky" 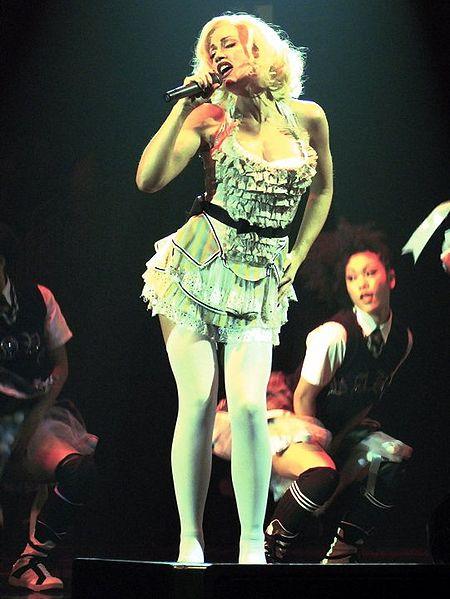 It was the fat-shaming tweet heard 'round the world. Gwen Stefani, posting an otherwise cute pic of herself getting an autograph from Sting circa-1983, made the misstep of calling herself “chunky me,” and kicked off a firestorm of female outrage.

In the photo at hand, Gwen is quite a bit chunkier (read: normal-looking) than she is now. And one could argue that the self-deprecating comment was a preventative measure -- a strategic move to trump the petty peanut gallery that is Twitter from ripping into her first.

But, even though it's clearly the beating of a dead horse to say so, celebs do have some responsibility to serve as role models for young women. While the issue is nuanced, experts and research support the idea that women are, at least to some extent, driven to feel badly about their bodies based on what they see in magazines, movies and the like. Add to that icky celebrity “Thinspiration” sites, and you have a fragile culture of insecurities that celebs should ideally tread carefully on.

Tellingly, Gwen herself has talked openly about struggling with her weight, which suggests she said what she did because, despite being a gorgeous successful superstar, she’s still battling her own insecurities when it comes to looking the way she feels she should. And this, ultimately, is both comforting and more than a little sad.