Will the Ridiculous I Wanna Marry "Harry" be a Smashing Success? 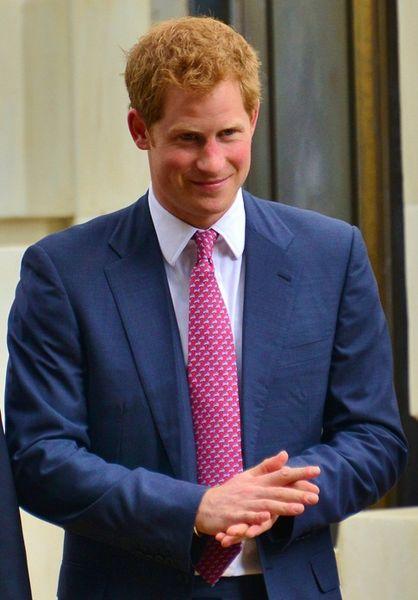 Just kidding! The suitor in question is actually a scarily uncanny doppelganger, posing as Harry at a castle in England. The show, which premieres in May on Fox (of course), hopes to become a stateside sensation that taps into two inexplicable American interests: the royal family and televised dating.

Will it become a hit? Let's assess its potential based on the three key ingredients for any successful reality TV dating show: a shameless gimmick, debased superficiality and the phony promise of real love.

Obviously, any good reality dating show (or any reality show, period) needs a salacious hook, and the examples in the dating realm are many.

Date My Mom, while sadly not what it sounded like, featured suitors who went on "dates" with moms who tried to convince them to date their kids (aka what every mom does at some point in her horrified child's life).

Who Wants to Marry a Millionaire? was a one-night extravaganza that fast-tracked the dating process and had the "winner" marry, on the spot, a wealthy man who chose her that night.

More to Love played with audience expectations of conventional smokin' hotness (see "Debased Superficiality," below) by pairing off overweight suitors — because non-skinny people can fall in love, too, everyone!

And on Joe Millionaire, bimbo girls thought they were vying for a rich guy who actually turned out to be some poor schlub.

How does I Wanna Marry "Harry" stack up? It's essentially Joe Millionaire with an extra-layer gimmick that plays upon our enchantment with the British royal family. Two gimmicks for the price of one! On a scale of 1 to 10, we give the show a solid 8 here.

The most egregious example of this was Conveyor Belt of Love, which was exactly what it promised (threatened?) to be: a show on which suitors were rolled out on a conveyor belt and judged based solely on their good looks or lack thereof.

Next followed a similar formula by having potential suitors judge contestants as they stepped off a bus. Those deemed ugly were met with a brutal "next!" — a horrifying manifestation of everyone's worst blind-date nightmare.

Since the entire premise of Harry revolves around a guy who looks like some other guy, it's clear superficiality plays a key role. Plus, it's a safe bet the contestants will be "hot" with lots of fake boobs and mini dresses and such. So, here, too, the show rates a solid 8.

3. The Phony Promise of "Real" Love

The most successful reality show by a long shot is, of course, the beloved/loathed Bachelor/Bachelorette franchise, which interestingly has nailed an element few other shows have even attempted: the promise of the show actually leading to lasting love. No one watches Conveyor Belt of Love or Joe Millionaire in the hopes of two people making a life-long romantic connection. Yet through its long talks about the future, sunset engagements and lavish televised weddings, this is precisely what The Bachelor peddles all the way to the bank—the "happily ever after" fantasy.

Here, alas, Who Wants to Marry Harry? fails pretty miserably. There's essentially no chance this show will lead to true love, so on this metric, it gets a 2.

This brings the total score, on a possible scale of 30, to 18. Not bad, but not great either. The question is: is it enough to make us watch the drivel?

If you like this article, please share it! Your clicks keep us alive!
Tags
Who Wants to Marry Harry
fox
Prince Harry
dating
marriage
single
bachelor
Joe Millionaire