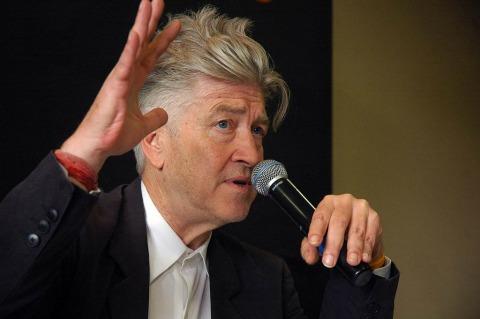 David Lynch has directed some of the most darkly cerebral movies, documentaries and TV shows the world has been privy to witness. He is critically acclaimed for everything from the heart-wrenching Elephant Man to the twisted Twin Peaks (watch it—right now—on Netflix). His works manage to deftly toggle between between scathing dry humor and eviscerating the very fabric of our humanity. (Which, apparently is often depraved, rape and blood-driven, depressed, forlorn, lustful and angry.)

Lynch is a man of many hats (evident in no small part by the myriad bit roles he writes for himself) so it doesn’t surprise us in addition to being a visionary filmmaker he's also a musician and a painter. Talk about a triple-threat.

In 2007, Lynch released The Air Is On Fire, a musically-inclined art exhibit at the Fondation Cartier pour l'art contemporain in tres gay Paris. The two story exhibit boasted a 41-minute immersive sound-scape to accompany viewers as they traipsed through David Lynch’s mind on canvas. As of now, it's next to impossible to get your sticky paws on the album sans the accompanying book of art, which is actually a pretty expensive duo.

Happily, on this year's Record Store Day (the day before 4/20!) Sacred Bones Records has confirmed that they're re-releasing Lynch's album on April 19th!

One of the best elements of this elusive album? The ethereal collaboration with Lykke Li. The music video is just so. David Lynch. A lonely, day-long drive through the countryside, mountains looming in the distance and no destination in sight.

We end our journey at a road-side motel, reminding us that the path we drive isn’t just a means to an ends—it’s the crux of the whole adventure.

If you like this article, please share it! Your clicks keep us alive!
Tags
David Lynch
The Air is on Fire
Twin Peaks
Elephant Man
Sacred Bones Records
Record Sale Day 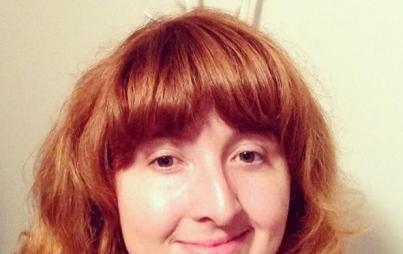