Stop Trying to Make Everyone Like You: Enemies Are a Good Thing 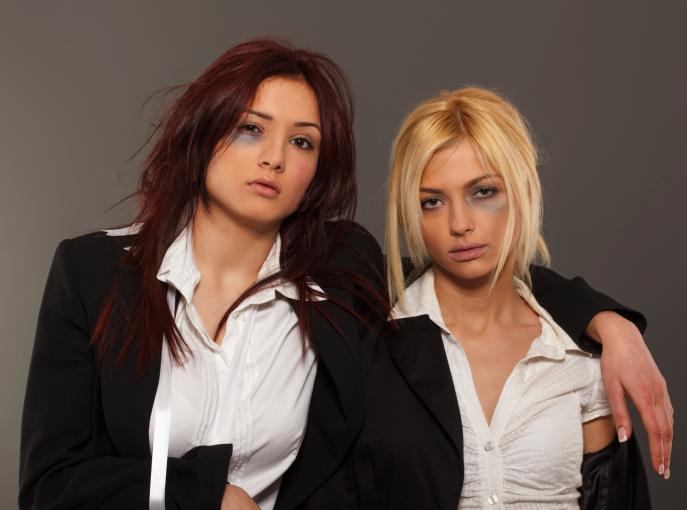 You're in a social circle—be it at school, work, neighborhood, wherever—and you click with everyone except that one person. Try as you might, having a conversation that doesn't revolve around the weather feels like a root canal. Or worse, you flat-out don't like each other, but for the sake of social fluidity, you're forced to feign friendliness. Should you fight the feeling? Find some common ground and force a relationship? Or is it better to accept that it just ain't happening and move on?

Our advice: Accept it. Why? If the person doesn't dig you, their criticisms may guide you to self-improvement. Not everyone has to like you. In fact, esteemed writer Paulo Coelho (of The Alchemist) once said:

If everybody loves you, something is wrong. Find at least one enemy to keep you alert.

Our friends can be a tad generous when describing us, and these niceties won't help us become better people. A pal, for instance, may say "Giana is pretty and dresses nicely." An enemy, on the other hand, might instead say, "Giana is shallow and narcissistic." In a way, they're both saying the same thing—they're just shrouded in different connotations.

No one wants to be "shallow and narcissistic" (unless you're Jessica Wakefield of Sweet Valley), but hearing that kind of feedback may help you change. And while your friends find your negative attributes tolerable, that doesn't mean that—for instance—a future boss will.

Speaking of which, do you have to be tight with everyone at work? Again, no. The last thing you want is to spread yourself too thin and wind up with nothing left to give—work is not a good place for that. Psychologists have a general rule: you want about 85% of the people you meet to like you. If you're wooing less than that, you're not doing enough to make yourself likeable. On the flip side, if it's more than that, you're doing too much. So if you work on a team of 10 people, 1.5 shouldn't feel super buddy-buddy with you (Cindy has severe mood swings, so she only likes you half the time).

Now, if you spend all your energy trying to make Cindy like you 100% of the time and Danica to like you at all, you'll be bending over backwards so much that you won't have time to assist those whose company you actually value. Plus, those who know you better will notice your efforts and may think poorly of you for it. And why do that?

Bottom line: at the end of the day, you have to like yourself. As long as you've got that locked down, you're in a good place.