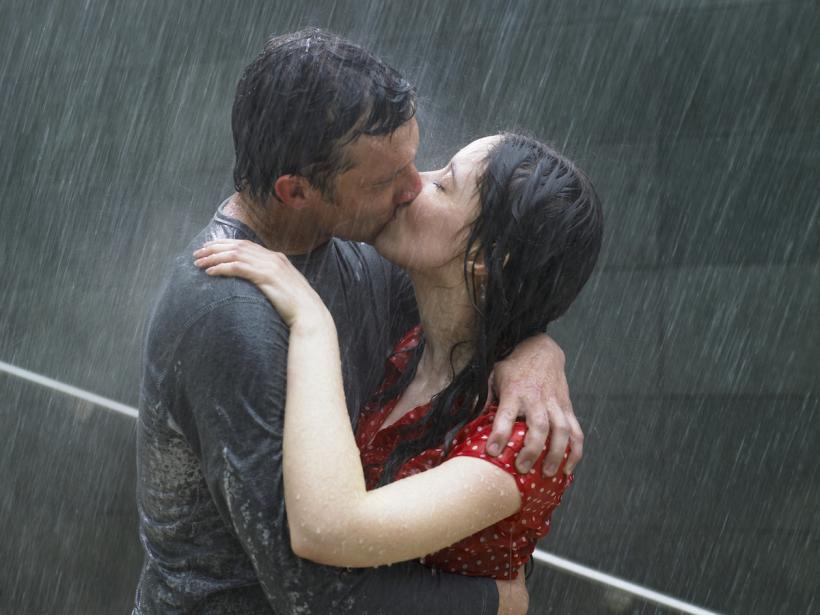 For years, I fell into tropes popularized by the romantic comedy genre, without even realizing it. (Image: Thinkstock)

I can still remember pouring over movie listings with my friends, because going to the movies was one of the few things we could do as teenagers, and flatly turning down nearly every other movie they suggested. There are a lot of very good reasons to reject much of the entertainment that Hollywood throws at us, but my reasons were often firmly couched in internalized sexism.

“No way, that’s a chick flick,” I would say. If they pressed the issue, I would expound it to, “Look, I just don’t like romantic comedies, ok?”

From my current vantage point, I can see that there were a few different things going on that led me to reject entertainment promoted as “for women” generally, and rom-coms specifically. First, there was the fact that I was a budding feminist who didn’t have a very good analysis of what that meant. So I believed that sexism was wrong, but I also thought that I could avoid the brunt of sexism by refusing to engage with things that were “girly” (and therefore inferior).

But I was also responding to the low quality of romantic comedies on offer. There’s nothing wrong with enjoying a romantic comedy, but (just like many other forms of entertainment) they’re often formulaic and predictable. I found them to be a little boring, and honestly, I still do. I was also a flaming queer with pretty much no interest in the heartthrobs my friends were swooning over, and that may have also had something to do with it.

But underneath all of that, there was something else.

Even at 16, or 15, or hell, 13, I was pretty sure that rom-coms were unrealistic. I probably didn’t come up with that all on my own! I probably overheard adults talking about how popular culture’s idea of what romance is was, you know, just plain wrong. So I avoided romantic comedies.

“That’s not what it’s really like,” I muttered to myself.

Here’s the thing though. Hating romantic comedies, and avoiding them when I could, didn’t stop me from absorbing their all consuming messages about love, sex, and romance.

So while I rejected romantic comedy tropes, and the movies they came from, as silly and not for me, I unwittingly attempted to recreate their plot lines in my own life.

For years, I fell into tropes popularized by the romantic comedy genre, without even realizing it. I expected my relationships to go a certain way, to follow a certain format, and those expectations ultimately led to less healthy relationships, and less trust in myself.

In romantic comedies, future couples almost always have to have a “meet cute” or a zany, unexpected, and adorable introduction, which will later blossom into true love.

In romantic comedies, fiercely independent career women were always meeting witty (and let’s just be honest, rude) men, and then softening as they fell into the embrace of true love.

In romantic comedies, manic pixie dream girls were so off-the-wall, charming, and utterly delightful, that you almost didn’t notice that they existed primarily to satisfy male fantasies and help their male partners “find themselves.”

In romantic comedies, even the most selfish, crass, and downright abusive men turn out to be loving and affectionate romantic partners, deep down inside.

Even though I largely avoided the films themselves, I couldn’t avoid their influence on our larger culture.

And anyway, avoiding them entirely was impossible. Inevitably, I would get suckered into watching a rom-com once in awhile: maybe sitting through Love Actually was the only way I’d get to hang out with my friends that weekend, or maybe my sister assured me that As Good As It Gets was a thousand times better than those other “chick flicks” I hated so much. And anyway, plenty of movies in other genres have romantic comedy subplots, many of them so cliché they may as well be lifted right out of The Notebook.

And all of that seeps into your brain, especially when you don’t have much real life dating experience yet. So while I rejected romantic comedy tropes, and the movies they came from, as silly and not for me, I unwittingly attempted to recreate their plot lines in my own life. I expected romance to happen spontaneously and “when I least expected it,” and so I didn’t take options like online dating, or even being introduced by friends, seriously.

Surely, I would run into my true love at the bookstore!

I assumed that I’d know when I met “the one” because the intensity of my love would turn me into someone else, namely someone who didn’t crave independence. More dangerously, when that didn’t happen, I tried to make it happen, and when I still felt like I’d rather be alone to write or draw than cuddle sometimes, I felt guilty and worried that I was selfish.

And I put up with a ton of bad behavior from partners, because that’s what I’d been taught to expect. I was assured that sooner or later they would all soften into sweet puppy dogs. That did not actually happen. Sometimes I got hurt, and sometimes I got hurt badly.

It took me years to realize what I was doing, to look up and notice that for some weird reason I was inserting all of these unhealthy tropes into all of my relationships. And when I looked for the source behind some of my worst ideas about love, what I found were films I had professed to hate, and had been certain weren’t affecting me.

Look, we all enjoy problematic media. There is absolutely nothing wrong with enjoying a beautiful love story, or hell, even a trashy love story! I think people should like what they like. But I also think we should be a little more mindful of the media we consume, and how it affects us. At least in my experience, rejecting the thing outright doesn’t help. What helps is taking a good long look at what the problems are, analyzing which attitudes are harmful, and not assuming we won’t replicate those ideas in our lives.

If you like this article, please share it! Your clicks keep us alive!
Tags
culture
feminism
films
rom-com
Love
Relationships