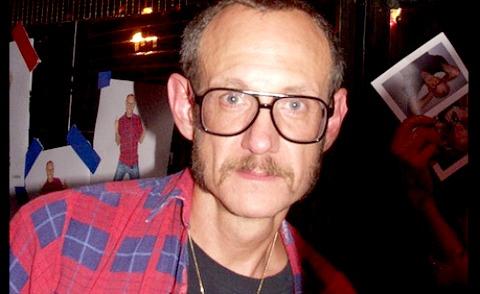 Yes. Richardson is both an artist and a predator; the two monikers are not mutually exclusive. Over the past decade Richardson has come under fire for a bevy of sexual allegations, which have become increasingly difficult for heavyweight brands like W, T and Vogue to overlook.

While author Benjamin Wallace goes to great lengths to lay out Richardson's backstory, which admittedly is a depressing, dogged one chock full of drug use and degenerate parents (interestingly enough, Richardson's father Bob was also a fashion photographer and taught him the ropes before collapsing beneath his own irresponsibility and twisted sense of importance). Terry did his first solo shoot for Vibe—gritty black and white shots of kids in downtown New York—in the late 80s, and launched himself slowly but surely into the stratosphere, penetrating the glossy fashion world with a dose of debauch the world had never seen.

What I deeply object to—and what New York magazine seems to be pussy-footing around—is when power (be it physical, monetary, influential or otherwise) is leveraged for sexual acts that, without fear of ostracization, failure or never feeling the red-hot spotlight, would never have transpired. If Richardson was balling every woman on his set, but nobody ever came forward to complain, it would leave a bad taste in my mouth, but it wouldn't be wrong.

But this is not the case. Many women have come forward to describe Richardson's sexual depravity, most recently—and arguably most harrowingly—in the case of Charlotte Waters, who chronicled a photoshoot with Richardson this past March on Vocativ. The story goes that Waters—already a longtime nude model who worked with the likes of Richard Kern—emailed her photo to Richardson, who promptly responded that he'd love to shoot her.

She says he asked for her I.D. and upon confirming she was indeed 18, thrust his thumb into her mouth before asking her to disrobe. As Waters' clothes were shed, both Richardson and his assistant praised her lavishly, urging her on. Waters was then asked to take down his pants; Richardson then whipped out his dick and photographed her clutching his member before bringing her over to the sofa.

He started aggressively kissing me. I don’t even really remember what specific things were happening at that point, but he was directing everything. Like, “OK squeeze my balls,” “OK, put my dick in your mouth,” “OK, now kiss me.” It wasn’t intimate. He also straddled me and started jerking off on my face.

And while it's easy to say, "psh, I would have gotten the hell out of there the minute he touched my body (no less came on my face!)" you weren't there and aren't her. An inability to react properly to sexual trauma as it's happening is disturbingly common;

I felt like I was already in it to the point that I couldn’t get out, which sounds kind of crazy, but I had the mentality of 19-year-old. Even just talking about it makes me start to feel the way I felt then, which was just completely paralyzed and freaked out.

Despite a conscious mantle of feminism and self-love, we can all fall prey to insidious gender roles:

...women learn to diminish or ignore their own judgment, especially when it contradicts with that of another – especially when that other is a male. They learn (far more than men) the importance of pleasing others, attending to the needs of others even to their own detriment, not hurting or embarrassing others, avoiding conflict, and not "making a scene” or embarrassing themselves...What is important, and not controversial, is the fact that many women have cognitive and behavioral tendencies or patterns that make it harder for them to conclude that they are in danger, and harder to act decisively to save themselves, and harder to cast blame, without ambivalence and guilt, on the person who sexually assaulted them. — Rachel Efron, Psychological Damage of Sexual Assault

While women are more than capable of sexual assault and rape (of men and otherwise), the presence of Richardson's female personal assistant as he defiled Waters again and again is perhaps the most troubling element for me. Silence is not consent.

We went down and got a cab, and [the assistant] said she had to go somewhere in the same direction I was going and that she would pay for it. When we got in, she started trying to comfort me. She kept telling me that I was a really strong girl, and that I’m really cool, and that it’s so good that I can handle that sort of thing.

Power Dynamics and the Moral Vacuum

The crux of this whole situation, however, lies in Richardson's ascertain (and Waters) that she never uttered the word "no"—is it his fault that she was unable to advocate for her own safety and comfort? If you tell someone to touch you and they do it, is that a transgression? As New York magazine points out in a rare moment of criticism: "[Richardson] seems either unaware of or unwilling to acknowledge the ways in which coercion can be unspoken and situational."

More complicated still, but equally fucked up is the blithe announcement that Richardson's sexual coercion "hinges on a judgment of the power dynamic in any given photo shoot and of the agency of young models in the moral vacuum of the fashion world."

I mean, I think we can all agree that the fashion world is a generally misogynistic, eating-disorder-riddled world...but that's a far cry from a "moral vacuum," a place where right and wrong cease to exist. Are you kidding me? That's how we describe genocide, not the latest H&M ad. The male gaze on a female body at a photoshoot is a lengthy and yes, charged discussion, but to make the leap from the "male gaze" to sanctioned sexual manipulation is erroneous and offensive.

There's a reason Richardson is being slowly crucified, and it's not because he's participating in your everyday, ho-hum nude shots. It's because he's using his fame and "I'm not like everybody else" euphemism to get blow jobs by intimidated women looking for a slice of fame pie.

Richardson maintains, rather nebulously, that he's a victim of "revisionist history" and the on-going quest for controversy-generated page views, sloppy journalism fueled by sensationalized, malicious and manipulative recountings of this work.

He maintains that his collaborations were always consensual, were accompanied by signed releases and he's never coerced anyone into anything.

I don’t have any regrets about the work at all, obviously I don’t ever want someone to feel like that. It was never my intention. But also, people do things, and then they have regrets, and that’s also nothing to do with me. Then don’t do pictures like that again … I’m OK with myself about everything, and that to me is the most important thing. — Richardson, NYMag, The Cut

These words get at the crux of what makes Terry's story so disturbing: in his view, everything's fine so long as he's happy. And as for the women he's harassed and humiliated? Well, they're just another pretty picture.