Super Bowl Hunks: Why We See Athletes As Sex Gods 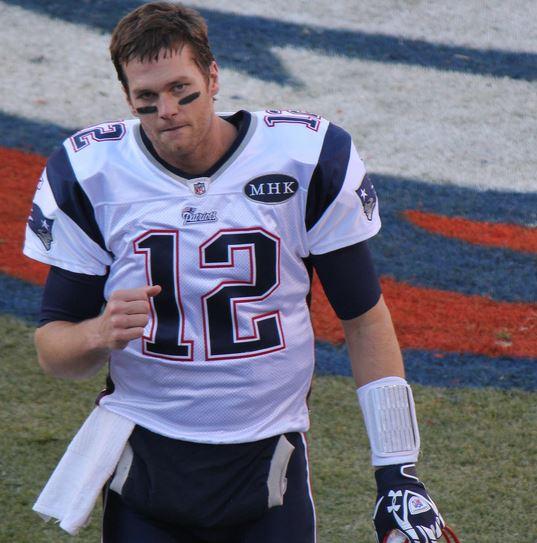 Yesterday was the Super Bowl, which means the world got to enjoy a gaggle of sweaty, beefy, bulked-up men for three-plus glorious hours. Cue the excessive, shameless ogling.

"Sexy Super Bowl Pictures We Can All Root For," wink-winked PopSugar.

Obviously, it's not just NFL hunks who get women's panties in a bunch. Nor is this gender-specific; plenty of men are agog over athletic females like tennis' Anna Kournikova and NASCAR's Danica Patrick.

It seems professional athletes simply light a fire in the loin like few others can. Which raises the question: Why?

Of course, many of the attributes that contribute to world-class athleticism—endurance, flexibility, agility, and the like—also benefit sexual performance. So our lust for great athletes is very much based in biology. And interestingly, the research backs this up.

One study of 400 college students, published in a 2004 issue of the Electronic Journal of Human Sexuality, found that regular exercisers had higher levels of self-confidence, perceived themselves to be more sexually desirable, and maintained higher levels of sexual satisfaction than their non-exercising peers. A separate Harvard University study of 160 male and female swimmers in their 40s and 60s revealed a similarly positive relationship between regular physical activity and the frequency and enjoyment of sexual intercourse.

As it turns out, fitness also activates the sympathetic nervous system, kicking arousal up a notch and prompting athletes to have more sex (which may account for the legendary amount of hanky-panky that goes down at the Olympics). Hell, there's even some scientific evidence that female athletes enjoy better clitoral blood flow (note to self: join local volleyball league ASAP).

There's a historical precedent to the sexualization of great athletes, too; in the Roman era, women frequently threw themselves at gladiators, the idolized athletes of their time. In one notable case, when Emperor Marcus Aurelius’ wife, Faustina, admitted she was aroused by a gladiator, she was told to have sex with the gladiator, who was then murdered on top of her, after which she bathed in his blood and had sex with Marcus. (Kinky?)

Football is definitely the closest thing we have today to gladiatorial sports, which suggests we haven't evolved too far past the Roman-era sexualization of a very brute, and brutish, form of masculinity (though thankfully, we have evolved past getting our freak on under the slain bodies of arena fighters). In any case, it seems clear that the athletes-as-sex-gods trope will endure well into the next century and beyond, replete with a growing cottage industry of nudie-mag spreads, books, and even straight-to-the-point T-shirts.

And happily, the sexual innuendo basically writes itself: "I'll play with your football," "I'll touch your down," etc.