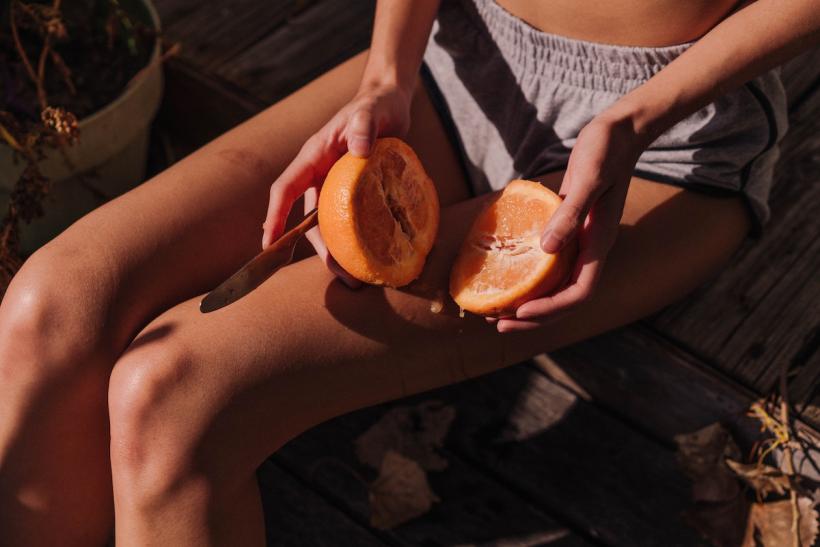 Photo by Drew Roberts on Unsplash

I’m in recovery from anorexia. I’m also learning how to have sex again. The two have more in common than you think. Being in recovery isn’t about just reappraising your relationship with food, but about becoming a sexual individual.

When in the grips of an eating disorder, your whole world is food and exercise and weight; there’s no space for sex.

It’s just not something that the brain and body have the bandwidth for. The same is true of many chronic illnesses But as an adult in a relationship, I want to have sex. So, my boyfriend and I are on a bit of a journey of discovery in the bedroom. It’s not always easy.

For a long time, my eating disorder had been my partner in life — now I’m letting someone else in. To start with, I have to allow myself to have it. Anorexia tells you that you’re not worthwhile and that you don’t deserve pleasure. At it’s most stark that’s about not being allowed pleasure with food. But it’s also about denying enjoyment in other ways. Who am I to be granted the fun and frisson of sex? Why am I deserving of an orgasm?

There have been lots of studies about the loss of libido and sex drive that comes with an eating disorder. Some say it’s a physical result of malnutrition, upsetting the endocrine system, while others point to the personality traits that make someone susceptible to an eating disorder also resulting in obsession, regulation, and self-destructive tendencies.

To enjoy sex, you have to be present and in the moment. Eating disorders take over every aspect of your life so that each waking moment is focused on food and the body. You’re self-centered because the illness makes you this way. Obsession with the body doesn’t allow for letting go. I’ve had to learn to try to switch my thought processes away from counting calories and worrying about food, and fully absorb myself in sex. There should be a joy in being present in your own skin, rather than anxiety. Throwing yourself into the moment is necessary for great sex, but there can be a hesitation to do so when you’re in the depths of an eating disorder.

Control is what it’s all about — and control has no place in sex, or at least not good sex.

I don’t have periods. I’m still very underweight — although getting better. I haven’t had a period since March 2006. This means my body isn’t making the hormones for sex — estrogen and testosterone being two of them. I can’t have children right now,  although that may change when I fully recover (despite having anorexia for 13 years I am convinced I can get better, and committed to doing so).

Think about it — if your body can’t sustain pregnancy and a baby, and you’re not strong enough to look after a child, it’s not going to generate the physical urges that encourage you to seek out sex and procreate. The desire and fancying sometimes aren’t there. The body also isn’t as receptive to sex as it is in someone healthy, which makes it physically more demanding. As well as a lower desire for sex, it’s harder to reach orgasm.

Lots of people have issues with body image. It’s not unique to people with eating disorders. It’s also not exclusive to women. I don’t have body dysmorphia. I know I’m very underweight. But that doesn’t make me feel any more comfortable in my body. Even things like lying in bed with my boyfriend’s arm around me can feel fraught. Is he touching my bloated tummy? Are my ribs sticking out alarmingly? When I lay and my thighs spread, are they spreading too much?

I know I’m not alone in this feeling, but people with eating disorders have even more complex relationships with their body.

It’s also imperative that I don’t put too much pressure on my boyfriend. Great sex has to be something enjoyed by two people, in partnership. Talking about it has been hugely important, and we’re open and honest about the situation. I want to be intimate with him. It’s just sometimes a little harder than I’d like.

People are often ashamed to talk about any difficulties with sex. We’ve had to put embarrassments behind us and communicate. Before we went on our first date, I texted him and told him that I was still in recovery, as I didn’t want to keep secrets, and he’s been great. He mustn’t take on a caregiver role though, so we speak about everything as adults in a mutually supportive relationship.

Eating disorders are complex illnesses. So is recovery from them. But recovery is worth it. By my bed, I have a list of things that are motivating me to get better. Great sex is one of them. Brilliant orgasms in a loving relationship are just one of the huge benefits of building a life without anorexia.

Anorexia Recovery And Sex: How The Two Go Hand In Hand
Francesca Baker