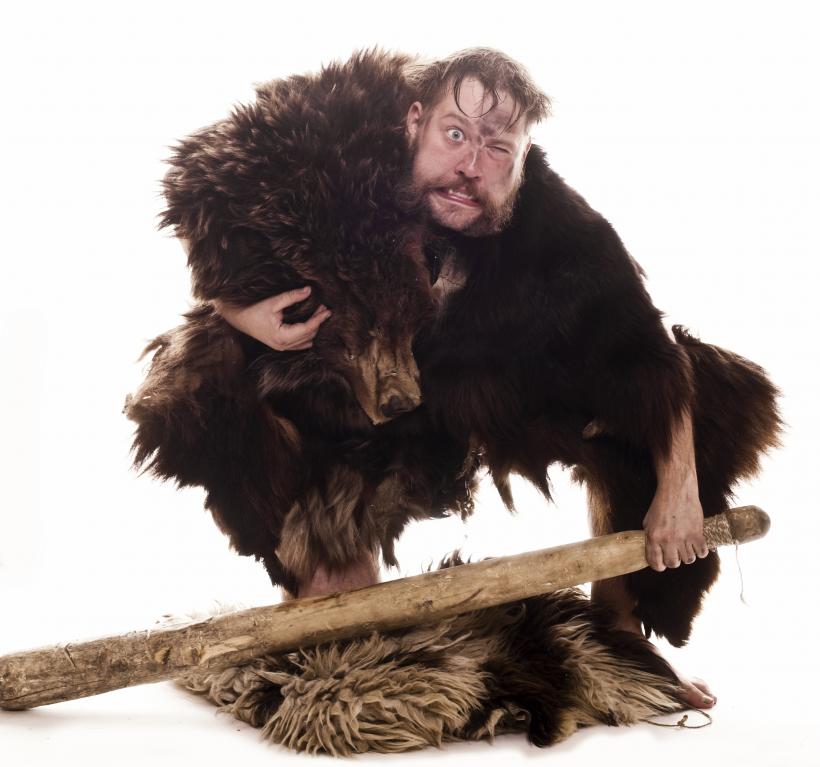 In the effort to chip away at the mysteries of human evolutionary history, scientists often focus on the head portion of ancestral remains. But one recent study went for the other end, diving right into Neanderthal feces to pin down the sequencing of certain adaptive changes.

Yes, our hominid cousins may have had their differences from our ancestral Homo sapiens—our forebears had more intelligence, and less robust bodies, among other things—but the two human lineages have their fair share of overlap. In fact, it appears that the two species mated, meaning some of us (*cough Northern Europeans) likely have some straight-up caveman blood.

One specific thing we and our low-brow compadres had in common: Both likely discovered how to make fire around 2 million years ago. And researchers think that this new culinary tool led to more meat eating—which in turn, may have directed the course of our evolution. But how to test such a hypothesis?

Getting Down and Dirty

That’s right, back to the poop. You see, scientists think we Homos weren’t used to eating lots of fatty foods since pre-fire diets were probably largely vegetarian. So our bodies must have adapted to deal with cholesterol-rich food. (And boy, have we ever!)

To study that very issue, a team of archaeologists analyzed some 50,000 year-old Neanderthal feces they were lucky enough (!) to find at a known prehistoric gathering spot in Spain. Their findings showed the refuse was human, and—just as the team had hoped—suggested Neanderthals ate mostly meat along with some vegetables.

Their discovery helps fill in the timeline for dietary changes along the course of human evolution, and finally puts to rest the former archeological assumption that Neanderthals were just carnivores. (Sure, they may have had smaller brains, but they could still appreciate more refined food fare.)

Since this foray into feces proved ever so useful, the team is jazzed to do it again: This time preparing to analyze gorilla and chimp feces in search of clues about how ape bodies metabolize omnivore diets. And this time, they can get it just as fresh as they please.

If you like this article, please share it! Your clicks keep us alive!
Tags
evolution
feces
poop
diet
Food
meat
Neanderthals
humans