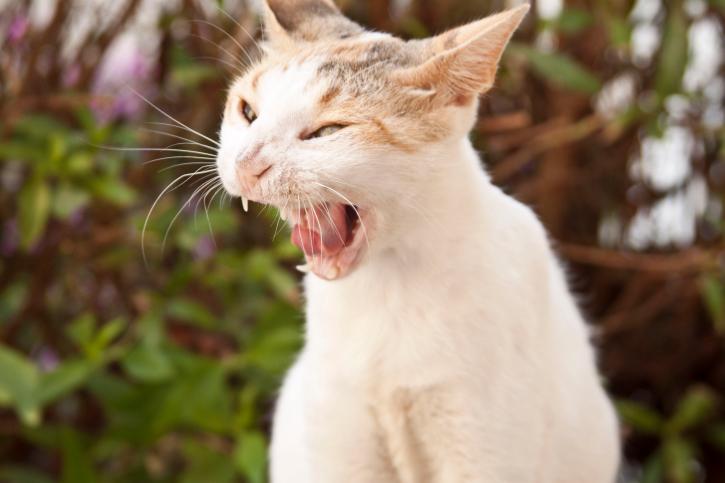 It's late. Darkness envelopes your home. You hear hissing. Weird—it's just you and your husband at home. You grab the baseball bat (or, in my case, largest curling iron) and gather your strength. You'll need all of it. After all, you're about to come face to face with your worst nightmare.

I wish I were making this up, but alas, Teresa and James Gregory were forced to make a frantic 911 call after their pet cat trapped them in their bedroom. Kush, the vile miscreant, brutally scratched and attacked James shortly after he returned home from work. The two forced Kush out of the bedroom, because, you know, she's a kitty. Kush then stalked the door menacingly to assure her victims remained trapped in the room. Frightened, they took matters into their own hands and made that perilous 911 call. What if Kush had heard? Her plan of vengeance was just unfolding.

Why was Kush so pissed? Perhaps because she was named after a strain of marijuana. Or because she's the cousin of Scar and her violence was a ticking time bomb. Then again, it most likely has to do with the fact that Teresa locked Kush—a house cat who has never been outside—in the bathroom all day.

I mean, hello? Living creatures don't like that! Just because they tolerate it once, doesn't mean this behavior should continue. Cats are natural hunters—killing mice and birds makes them feel fulfilled. Indoor cats need special attention to preserve their sanity, and the Gregory duo failed to meet these needs when they kept Kush in a bathroom all day.

Consider this video a warning: Treat your pets well. And feel free to cackle as Kush seeks revenge on her tyrants.

Image: The Clyde to Kush's Bonnie. Courtesy of, ThinkStock