When Cyber-bullying, Suicide and the Constitution Collide 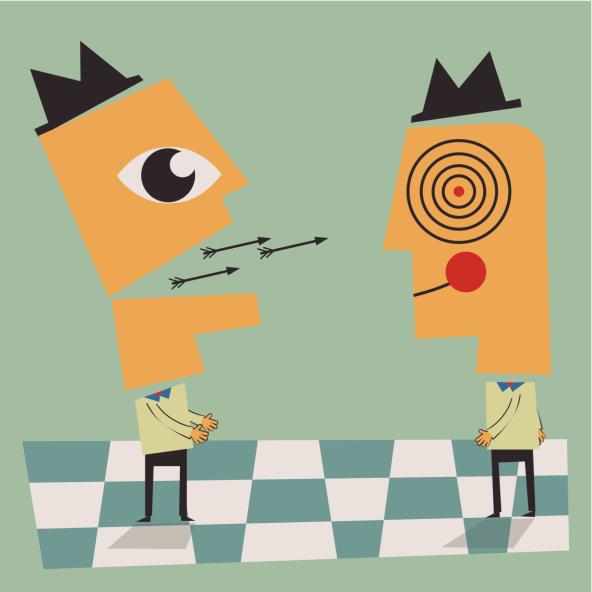 In the wake of another cyber-bullying-related suicide, legislators, psychologists and parents alike are desperate to suss out exactly what they can do to counter what seems to be the inevitable fallout of the modern teenager's fish-bowl existence.

From the ubiquitous Facebook to lesser-known (but ever-growing) sites like Yik-Yak, social media ceased long ago to solely serve as a place to post photographs, articles, events or even share life's minutia; these days it's a bit darker, with teenagers acting as judge, jury and executioner, publicly humiliating one another in a forum that unlike time, never diminishes or fades.

The latest site to come careening onto the radar? Ask.fm, a seemingly simple electronic bulletin board which allows members to publicly "ask and answer" questions in total anonymity if they so choose.

Following months of online harassment on Ask.fm, which admittedly was simply more gasoline on a depressive flame—not the spark itself—Matthew Homyk took his own life this past January. Matthew had been hospitalized twice for suicide attempts, toggling between medication and therapy, and finally snapped.

Ask.fm, founded in 2010, was established as a reaction to the suffocating Soviet rule experienced by two Latvian brothers, Ilya and Mark Terebin. The gap between the vision these brothers had—a Mecca of free speech—and what it's become, however, grows exponentially with every passing day. In fact, just a year ago Hannah Smith took her life as well following a deluge of anonymous abuse on Ask.fm, including comments telling her to "drink bleach." Her father wanted Ask.fm's founders to be prosecuted for manslaughter; after all that they created the place for public abuse and threats of violence with no consequence whatsoever.

But the question remains: Is it the Terebins' societal duty to create a site that will inherently protect children from the cruelty of their peers? The Terebins think that's like asking the fox not to eat chickens; society is sick, and it's not their fault people that want to use their site for evil. If they weren't suing Ask.fm, opponents would simply find another venue for their vitriol. The brothers quipped to Time magazine:

The Terebins insist that fear and cruelty are part of the human experience, and if you banned everything that caused pain, there'd be nothing left.

While psychologists and researchers are reluctant to place explicit blame upon Ask.fm and its infrastructure, there have been 16 documented cases of adolescent suicides connected to it since 2012. More troubling still, 42% of its 120 million users are not-so-surprisingly under the age of 17.

According to a 2011 Pew study—Teens, kindness and cruelty on social network sites: How American teens navigate the new world of digital citizenship—95% of all teens ages 12-17 are now online and 80% of those online teens are users of social media sites.

Bullying by the Numbers

While these figures speak volumes to the danger of the digital age, things are not so cut and dry. While cruelty does crop up in spades, teens also report feelings of connectivity and positivity in conjunction with social media:

Social media has becomes a vicious cycle of feeling good, feeling bad, crucifixion, adoration and isolation; it's a bona fide merry-go-round of narcissism and voyeurism. Like so many things in life, the risks are high but so are the pay-offs.

While the Terebins are reluctant to take blame for something society is always wont to do—mercilessly torture one another—they're also eager to help counter it as best they can. They enable every user to report abusive posts and work around-the-clock in eight hour shifts monitoring and Google translating users' complaints; they're willing to ban particular users for their comments and they've also installed software that scans readers' comments for ugly language prior to it ever being posted at all.

Our Own Constitution Doesn't Help the Cause However

Albany, New York is the latest city to try and legislate cyber-bullying, but the law presented proved to be so broad that it would deeply infringe upon freedom of speech. Thus the entire initiative was struck down altogether.

These technologies are so new—the World Wide Web is only 25 years old—that it's next to impossible to legislate them at a rate capable of countering their meteoric rise in ubiquity and permutations. Unlike the plug-and-play of a Wordpress site or the nimble fingers of a coder, the bureaucracy surrounding comprehensive legislation is s-l-o-w.

Currently, about 20 states boast a law on the books targeting cyber-bullying (with many more following suit)—but social justice bigwigs like the ACLU have stood staunchly against it:

Cyberbullying is a serious concern that all communities must confront, but there are better and more constructive ways to address the problem than giving children criminal records. Communities across New York and the nation should take note that criminalizing First Amendment activity is unlawful and does nothing to address the causes of bullying or prevent it from taking place. — ACLU of New York

Sadly, it seems, when the smoke clears, it all comes down to the same existential crisis: Why do we do this to one another?

If you like this article, please share it! Your clicks keep us alive!
Tags
cyber bullying
Ask.fm
Terebins
freedom of speech
ACLU
constitution
suicide
teenagers