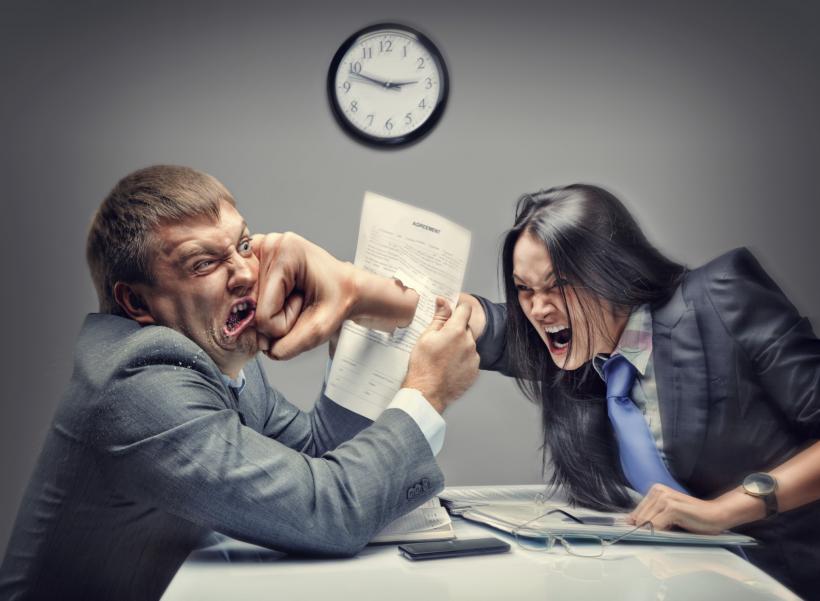 So there’s a new(ish) start-up out that’s getting a ton of attention of late; say hello to Wevorce, a company that’s already received $1.7 million in funding (and is seeking another $1.3 million) which has brought divorce proceedings online:

"We'll cover the financial, emotional and legal basics, and also those details that are often the hardest to untangle. You’ll come out with the necessary legal documents as well as a lifetime of tools, knowledge and agreements as you begin again.”

Predictably, the company has been met with the tired “what-does-this-mean-for-our-society” and “this-will-disrupt-the-sanctity-of-marriage” outcries. But, c’mon. We live in a world where sex can be solicited via the swipe of a screen and the deploying of a few select emoji. Taking divorce services into the cloud seems like the least of our concerns if we're going to start getting upset about the (maybe) unfortunate intersection of sexual forays and technology. Besides, it’s not like Wevorce is responsible for our society’s extreme divorce rate and the cofounders’ aims do seem very sincere—and rooted in their own painful experiences.

Rewind a few decades and we find nine year-old Michelle Crosby, future Wevorce cofounder, in a courtroom. "I remember being asked by one of the lawyers: If you are stranded on a desert island which parent would you choose to live with?" Reflecting on the heartbreaking question, Crosby says she “had a clear insight that this is a very broken space. And that moment became the catalyst for me knowing that I wanted to go to law school and I wanted to fix it," she says.

Broken space is right. Divorce is considered to be the second most stressful life event a person can go through (we have Elizabeth Gilbert and a boatload of data to testify to that.) Plus it’s expensive. Unless you opt to skip the wedding circus and frolic to city hall for a marriage permit. (At least us heterosexuals can; following today's ruling in Florida—which found a gay marriage ban unconstitutional—perhaps in a not-so-distant future, we'll all be able to elope for around $30.)

But dissolving said union is a whole other matter entirely. While it’s tough to pinpoint an average cost of divorce—given their myriad forms—the general consensus is that they usually cost between $15,000 and $30,000. Working through Wevorce however—where the focus is keeping couples out of courts, can be considerably cheaper—flat fees range from a comparatively paltry $3,000 to $15,000.

So How Does It Work?

Wevorce involves a six-step program that guides families through decisions related to finances, property, and children. Instead of divorce attorneys, a couple works with a “Wevorce Architect”—that is, a “single-attorney mediator” who acts as a Sherpa guide for the journey over Divorce Mountain—a mountain that is often accompanied by an equally-sized mountain of paperwork, which Wevorce eradicates by moving everything to the cloud. So in addition to being easier on the heart, it’s also easier on the environment.

Wevorce, though, is distinctly not for everyone. A collaborative divorce service, it doesn’t work if there is any kind of abuse or power imbalance (and the company does screen for this kind of background). As with all collaborative divorce options—which involve couples deciding to forego litigation and work through the end of a marriage as harmoniously as they can together—it presents its own challenges.

According to Jacqueline Newman, who works at a divorce law firm specializing in collaborative law: "In some ways, it can be more difficult because people have to take responsibility for their own decisions as opposed to handing it off to a judge."

So is it for everyone? Obviously not. But for those couples braving a "we're-in-this-together mentality," Wevorce—especially with its customized educational materials for working through important issues like co-parenting and its "family focused" vs. "asset focused" approach—seems like a powerful resource poised to fundamentally change the status quo.

As Crosby says: "In this day and age, where most of us live with iPhones and iPads, there is no reason why we can't be using these existing technologies to help [families] through this transition.”

Yeah, what she said.

Divorce is a bit soul-eviscerating, but if streamlining the process online and keeping couples out of court could possibly help some families survive with as much of their souls intact, should we really dismiss this digital service . . . or blaming it for our country's inability to maintain monogamous vows?

If you like this article, please share it! Your clicks keep us alive!
Tags
divorce
marriage
tech
apps
wevorce
Love
breakups
Silicon Valley