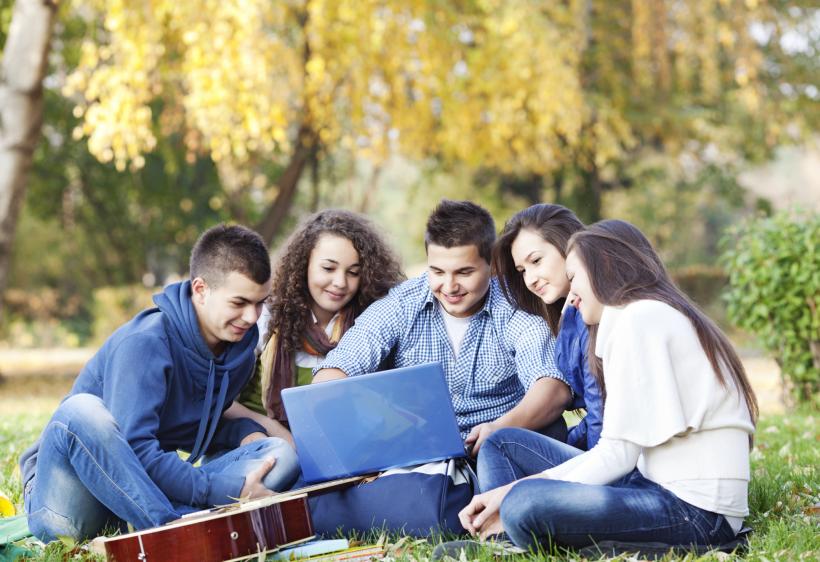 Sexts from Hannah? Of course I'll show you! Courtesy of Thinkstock

What was once the pinnacle of romance—love letters sealed with a lipsticked kiss and a perfumed envelope—has devolved into dic-pics and digital short-hand. Not so surprisingly, as 70% of teenagers possess smartphones and raging hormones, they're also the ones sexting up a storm.

But thanks to our dubious neighbor Canada, teens now have a handy-dandy app to help them just say no to sexting! Not-so-cleverly named, Send This Instead, this free app provides teens with funny replies to unwanted advances. The idea is that teens can send back snappy silly things to save face amidst peer pressure. Humor is, admittedly, a good deflector.

Some are actually pretty lol-inducing, like: "Sorry, just in the middle of something . . . can I reject you later?" Others appear to be obviously written by a person who hasn't been a teen for several decades. Take this gem: "Of course I'll marry you Brad Pitt! Sorry, I too was trying to type out my unreachable fantasies." I mean, yeah, Pitt is a silver fox—but, I'm gonna bet 15-year-olds tend to lust after more youthful faces. Weirdos.

Anyway, the creators are quick to note that their creation won't end sexting amongst teens completely, but rather aims at alleviating pressure for those who don't want to participate in naughty interchanges that could very well echoing through the annals of Internet humiliation forever . . .ever, ever, ever.

As cynical as I am, I like the idea. Sexually suggestive shots of teens fall under the category of child pornography; there's no telling where these images will end up—and that's a scary thought. Teenagers are hard-wired not to consider the long term consequences of their loins—and honestly they can't really be expected to when there were literally just children a handful of years ago.

That being said, I fear this app could very well become that painfully dorky thing that encourages more mockery and cyber-bullying. Because in case ya'll forgot, high school can be a rough place.