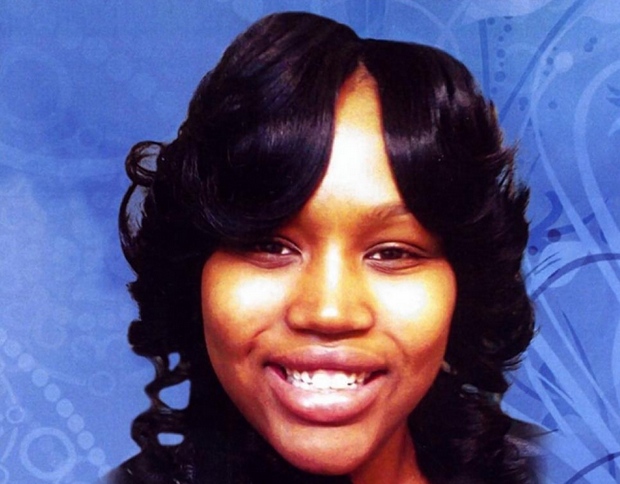 There is finally some closure in the gut-wrenching and racially charged case of Renisha McBride. The man who killed the unarmed, bewildered, 19 year-old last November was found guilty on Thursday. After two days of deliberation, the jury found Theodore Wafer guilty of second-degree murder, manslaughter, and a gun charge related to McBride’s shooting. Amen to that.

A Brief and Harrowing Recap

Teenager Renisha McBride had crashed her car in the early morning of November 2nd. Disoriented, she walked a half mile to Wafer’s house, in the Detroit suburb of Dearborn Heights. She knocked on Wafer’s door but, instead of receiving help, she was shot in the face through the screen door.

Wafer—who is white—claimed he had been acting in self-defense, believing McBride—who was black—to be breaking in. When he took the stand this week, Wafer testified that his shooting McBride was a “total reflex reaction, defending myself . . . I wasn’t going to cower in my house; I didn’t want to be a victim." The murder took place just months after George Zimmerman was acquitted for Trayvon Martin's slaying.

Michigan, similar to the infamous “stand your ground” law in Florida, boasts similar self-defense laws that allow for residents to use lethal force if they “honestly and reasonably believe” someone is breaking into their house.

However, as prosecutor Patrick Muscat told jurors during his closing arguments, McBride had “ended up in the morgue, with bullets in her head and her brain, because the defendant picked up this shotgun, released this safety, raise it at her, and pulled the trigger.” In light of everything all he had to do to ready the gun . . . it’s damn near impossible to see how it could have been a “total reflex.” And fearful of being a victim? The door was locked.

And while we’re grateful that justice was serve—to the limited degree that there is any recourse when the life of a teenager has been senselessly taken—we take serious umbrage with the way the case continues to be mishandled by the media.

Moments after the jury had announced its verdict, the Associated Press sent out a breaking news alert tweet. It read: “Suburban Detroit homeowner convicted of second-degree murder in porch shooting." So not only did the AP needlessly identify Wafer as a “homeowner,” thus reflecting a strong cultural bias in his favor, but Renisha—both her name and her basic humanity—was completely removed. Like, somehow Wafer had murdered a porch.

And it only got worse. A second AP tweet minutes later stated: "Suburban Detroit homeowner convicted of second-degree murder for killing woman who showed up drunk on porch"—because, we guess, the AP forgot to victim-shame McBride in its first tweet? Plus, as Keith Boykin pointed out in his piece on the slandering of McBride "even in death," the second post “used 34 precious characters to describe and slander a teenager who could have been described in 15 characters simply by using her name.”

According to Rashad Robinson, head of ColorofChange, "their headline does nothing more than stoke the flames of fear and racial tension to sell a story.” The group said in a statement:

"No parent should have to fear that their child will be gunned down because someone assumes they are a dangerous criminal based on the color of their skin.”

We couldn't agree more. But we couldn't agree less with how the AP—and other news sources with similar headlines—through casual racism and implicit biases, are helping to perpetuate our nation's race issues.

If you like this article, please share it! Your clicks keep us alive!
Tags
Renisha McBride
murder
racism
George Zimmerman
Theodore Wafer