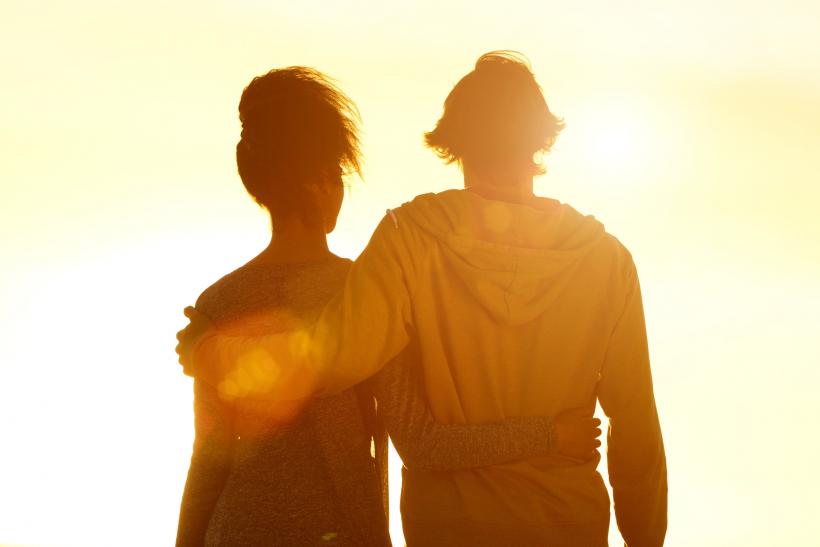 No one asked me to do this. I am ok being the bridge between my two worlds; it’s a badge I wear with pride.

The Memphis airport was near desolate when I landed.

I’m a mixed-race, black and white Californian, and this was my first time in the South. I’d told friends back home that I was flying to Mississippi for my stepbrother’s wedding, whom I’m sure they assumed is black.

But my stepbrother is white, a professor at Ole Miss and originally from California, and he was marrying his German sweetheart.

While I had yet to witness the blatant display of the Confederacy outside the airport walls, I felt immediately comfortable as I settled into the one-hour wait for the rest of my family to arrive. Everyone around me was black — the airline workers, the janitorial staff, and the few travelers killing time along with me.

Four hours and a redirected flight later, my family’s plane finally landed. I stood at the gate and chatted up the mocha-skinned airline employee, desperate for some conversation. We bonded over our knowledge of San Jose, California — me having been raised there and he having family in that part of the country. As weary travelers began to depart from the plane, I decided to save the worker the shock of seeing whom I was waiting for. My blond half-sister and I have learned through experience that showing friends and acquaintances a picture of our family brings confusion.

“Just so you know,” I told the airline attendant, “my family is white. Really white.”

They were among the last to get off the plane: first, my blond brother-in-law and my blond niece, then my sister and my tow-head, blond nephew, and finally my mother and stepfather, who, though not blond, definitely don’t look like they belong with me.

Well after midnight, we began the one-hour drive to Oxford, Mississippi. As hunger set in, we pulled off at an exit that boasted various food chains. Since they were all closed, we excitedly pulled into a Southern chain called The Waffle House. I've written about understanding my privilege as a mixed race woman with a white family, but at The Waffle House, I noticed my family’s privilege at having me with them. 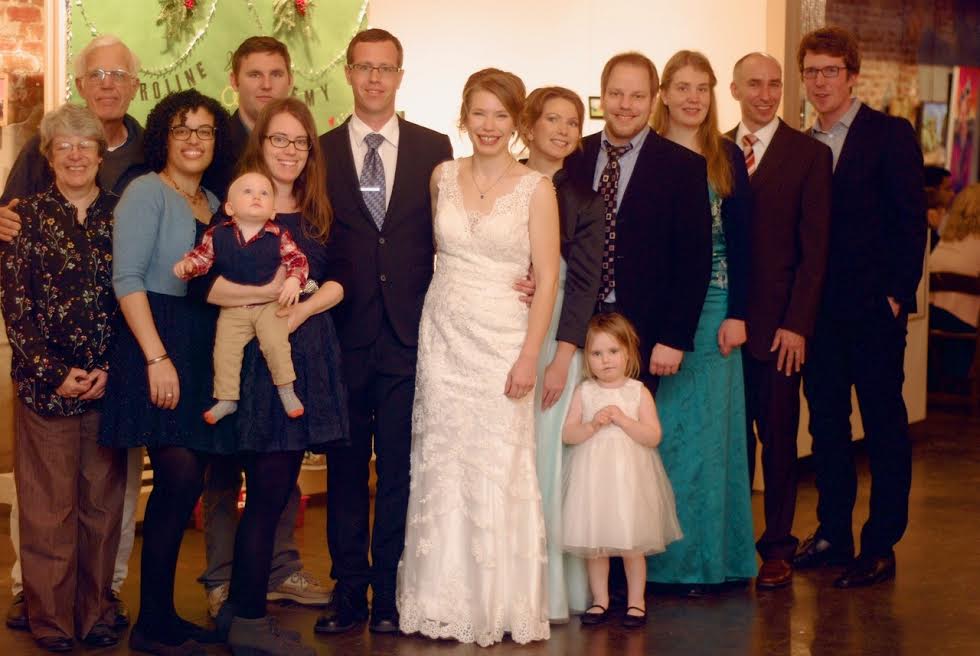 Walking through those doors was like stepping into a different world. The Waffle House was an old-timey diner. Elderly black patrons in well-worn plaid shirts and baseball caps sat at the barstools and chatted with the young black cooks. These patrons reminded me of my deceased grandpa, who was from Southern Mississippi and who migrated to St. Louis in the 1920s to become a Pullman porter. I held my niece on my hip as my brother-in-law, Alex, perused the menu. A group of bedraggled white teenagers entered after us and sat down at a booth as I led my reluctant niece into the bathroom.

You Might Also Like: White Fragility: Why It's So Hard To Talk To White People About Racism

When we returned to the counter, I opened up my body language both to those in the Waffle House and to my own family. I reminded myself that I belonged in both places, in both realities, and I was proud that I could blend these two worlds. I mentioned as much to my sister once we got back into the car, scarfing down the best breakfast foods we’d ever tasted.

“I was glad you were there, too,” she said. “Or else I would have felt like we were encroaching on their territory.”

She told me that the white customers who came in after we had left without being served. Whether due to prejudice or whether they’d just changed their minds, I didn’t know. But my sister and I both felt that my family needed acceptance to eat there and that my presence had provided the key.

This wasn’t the first time I’ve felt like a bridge between my two worlds. Growing up with my white family, I didn’t experience much hands-on black culture.

In middle school, my father took my cousins and me to the Martin Luther King Day Parade in San Francisco. Even as a young child, I noticed that the energy felt different, and I both reveled in it and felt proud to be able to show it off to my family as an “insider.” In my late teens, I sometimes visited a black Baptist church, and I once brought my great aunt with me. We sang and clapped as if we were regulars. She belonged because I belonged.

In all three instances, the presence of my white family solidified my ability to take up space in these black arenas because it somehow made my own racial makeup less ambiguous. After all, if I brought white family, I wasn’t “trying to be black,” and I clearly wasn’t trying to be white either.

Other mixed race women have had similar experiences melding their two worlds together:

As a biracial AfroLatina, I feel like I’m an ambassador for the multiracial community. If someone asks me the dreaded “What are you?” question, I will answer them calmly. If they ask follow-up questions in a genuine way, I try to educate them to prevent my “mixed brethren” from facing the same barrage of questions. No one asked me to do this. I am ok being the bridge between my two worlds; it’s a badge I wear with pride. — Sonia Smith-Kang, multiracial activist and founder of Mixed Up Clothing

I grew up in a community that seemed to seamlessly strive to work together. There were many micro-communities within the city. From Vietnamese, to a vibrant Black community, as well as Mexican-American, and people of European descent. So I feel like the way I was immersed in this type of blended community helped mold me over time. Being a product of learning and growing in San Diego, I have been able to take those experiences (to include challenges, as well as blessings), and utilize this wherever my path has taken me. Leaving the home we knew as a family, and going to a new part of the country, as well as deciding to join the military are among a few of them. I have been able to talk to many different types of people as well as look at them for who they are more so on the inside first instead of the outside. I this has taken some people aback or caused a little confusion. But I just have always enjoyed learning about and talking to other people. And listening I feel, has been the most important part of the equation. — Lisa R. Taylor, black and white

Two days after The Waffle House, we entered the art gallery where my stepbrother, Jeremy, and his fiancé, Lini, were about to get married. Jeremy introduced me to everyone as his “sister,” not caring about how the listener might have to piece that picture together.

The black photographer noticed me right away and crossed the length of the room for a conversation. “How do you like the South?” he asked. We laughed, both knowing the answer. We relaxed into ourselves, each glad to not be the only black person in the room. Through his camera lens, he caught masterpieces of us all.

If you like this article, please share it! Your clicks keep us alive!
Tags
Black culture
race
family
culture
whiteness
racism