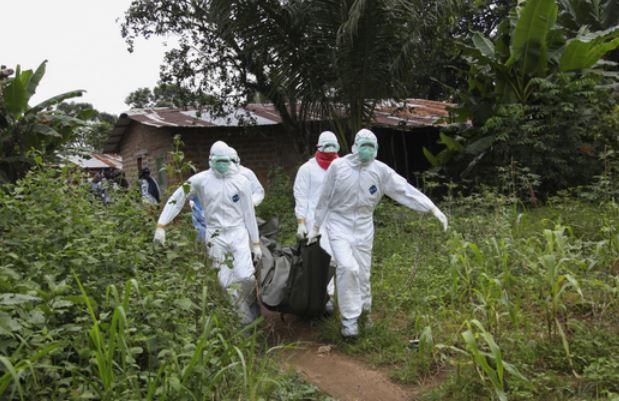 Ebola has received a bona fide shitstorm of news coverage in recent weeks—and with good reason. The disease has claimed at least 1,350 lives since this latest outbreak took off back in March. And today’s news from the west African country of Liberia—where 54% of those who have contracted the disease have died—was nothing short of horrifying.

Violent clashes broke out in a slum where people are being quarantined in the capital city of Monrovia; men threw stones at soldiers and soldiers fought back, even injuring children. Access to supplies was cut off by a blockade. The situation is ugly, deadly, and, according to Doctors without Borders: “the epidemic is out of control.”

So while we're obviously glad (in that sinking, stomach-churning way) that this dastardly disease is attracting media attention—especially as mortality rates continue to rise—we wish more people were discussing this facet of the outbreak: Far more women have been sent to their graves than men.

In an in-depth look at this phenomenon, journalist Lauren Wolf reported a Liberian health official's estimate that 75% of Ebola deaths in Liberia have been suffered by women.

Why is There Such a Gender Discrepancy?

Are women genetically predisposed to be more likely to die from an infection? No, actually. The higher mortality rate is entirely structural: More women are dying because they are the traditional caregivers; socio-cultural gender norms are putting more women at risk of infection.

Marpue Spear, the executive director of the Women’s NGO Secretariat of Liberia, explained: "If a man is sick, the woman can easily bathe him but the man cannot do so," because "traditionally, women will take care of the men, as compared to them taking care of the women."

Tolbert Nyenswah, the Liberian assistant minister of health who provided the gender comparative death rate in Liberia, was a bit more succinct in his confirmation of these cultural expectations: “In this country men are bullshit.”

Not to mention, battling the spread of Ebola asks us to act in ways that are distinctly inhuman. Jina Moore, an Africa-based BuzzFeed journalist, captures this with her searing statement that: “Ebola is a heartless killer. It demands what most people consider a ruthless response to suffering: distance.”

Which, as I'm sure you can imagine if confronted by a loved one dying of hemorrhagic fever, is just about the exact opposite response you'd offer, especially if you've been culturally conditioned to nurture.

Sayday Williamson Taylor, a psychiatrist who volunteers with the national Ebola hotline (yes, there’s a hotline), delved in the psychology of this particular epidemic, offering further insight into this uniquely agonizing death:

We’re used to bathing our bodies. We’re used to burying. We’re used to hugging. When you’re told not to . . . it’s like we’re being denied the chance to give a mother, a child, that last love. This person has been part of you forever. And it’s hard for the sick. You have to say, ‘I love you, but I can’t touch you.’ You have to do that for the people you are leaving behind.

If you like this article, please share it! Your clicks keep us alive!
Tags
Ebola
gender
death
disease
Liberia
Africa