3 Epic Instances Of Political Trolling In The Twitterverse 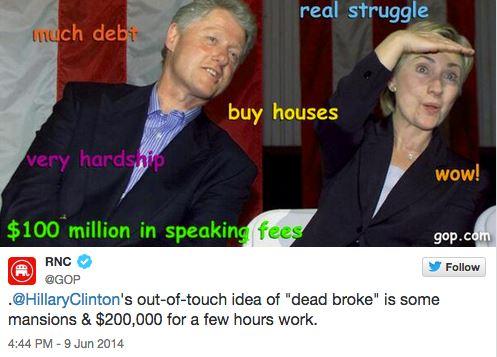 News came out today that Canadian and Russian NATO missions have been sassily trolling each other with maps in the Twitterverse. I’ve expressed before that I am a big fan of Twitter—and it’s exactly because of this shit. A #NerdAlert is possibly in order, but what can I say? I just find it fascinating that this is how political entities now occasionally interact with each other in their official capacities.

I’m so intrigued by (and sometimes totally into it), in fact, that I compiled this handy list of three political trolling incidents for the history books.

1. Canada and Russia troll each other

Let there be no mistake concerning the morass that is the current Ukraine/Russia conflict: Russian forces are invading Ukraine. Including some Russian paratroopers who recently made an, apparently, “accidental” incursion across the Ukrainian border. As a response, the Canadian NATO delegation shot out this tweet:

Notable not just for its stark clarity and snark, the map also reclaims Crimea as a territory of Ukraine (Russia snapped up that landmass back in March as part of this whole ordeal).

Russia’s own NATO delegation responded a few hours later with its own map, that was almost as snarky—and also reclaimed Crimea:

So it’s no secret that Iran and the U.S. are not political besties. Nor is it a secret that Iran’s supreme leader, Ayatollah Ali Khamenei, is unlikely to miss many opportunities to shit on America. And sometimes he uses the Twittersphere to do just that.

When we all had our eyes glued to the events in Ferguson . . . so were his. And he took the opportunity to engage in some schadenfreude:

He'd also hijacked the #YesAllWomen campaign from May to call out our "sexual sins," among other interesting comments. A selection:

This one is by far my favorite. I can’t decide if I love it because I love Doge (a meme you should familiarize yourself with stat if you’re not already acquainted—especially since even stodgy political organizations have embraced it) or because our elected officials are trying to keep up with the kids these days by using absurd memes as artillery to publicly shit on each other. It’s like all parties are crying out saying “Look at us! We’re not olds! Check out this weird little dog thing as we attempt to prove how in touch we are!”

Anyway, the official Republican National Committee Twitter account fired the first shot in this battle. In response to Hillary Clinton’s comment back in June that her family left the White House “dead broke,” they tweeted this image of the Clintons doctored with the Doge treatment:

The Dems were definitely right on the meme front, as Doge did peak in 2013. That said, it’s not too late to get on board—especially if you're a prominent politician looking to amuse us beyond measure.